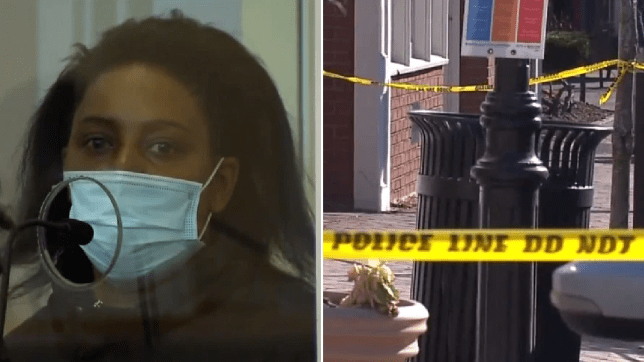 A mother who allegedly dumped her newborn baby in a trash can just hours after giving birth has been charged with attempted murder.

Maria Merisier, 33, appeared in court on Monday accused of delivering her baby boy in secret and abandoning the fragile newborn in a bin at the side of the road.

As well as attempted murder, Merisier, from Dorchester, Massachusetts, is also charged with child abandonment. She pleaded not guilty plea during her arraignment at Dorchester Municipal Court yesterday afternoon.

Merisier’s baby survived the alleged ordeal and after being checked over in hospital, is now described as doing well.

Merisier allegedly abandoned her child on Friday afternoon, authorities said, after arriving ‘visibly pregnant’ at the home of a 73-year-old man she knew on Friday.

Prosecutors say she went to the bathroom for an hour and claim the man described hearing noises and, including a baby crying, while Merisier was in the bathroom.

When Merisier exited the bathroom, she was carrying a brown leather bag and the man said he heard crying coming from inside the bag, prosecutors said.

Merisier then apparently declined the man’s offer to call an ambulance, reports the Boston Globe. 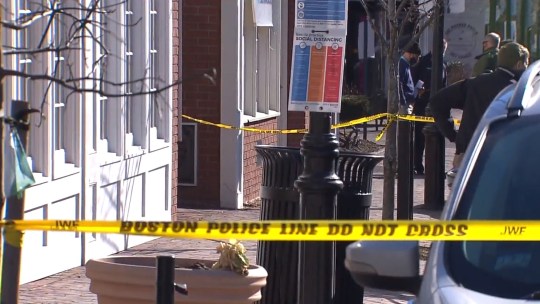 The newborn baby was found after a passerby heard crying coming from the trash can in Dorchester, near Boston, Massachusetts (Picture: CBS Boston)

Later, at around 1.15pm, a woman is said to have heard a baby crying from inside a trash barrel approximately 200 feet down the road from the man’s house, prosecutors added.

The woman flagged down a paramedic parked nearby, and upon investigating, the medic found a newborn baby boy inside two knotted plastic grocery bags, according to prosecutors.

Video surveillance footage allegedly shows Merisier putting a bag into the trash can.

Officials said Merisier initially denied leaving the bags in the trash when questioned by police but then admitted to doing so, and allegedly said she thought the baby was dead.

Prosecutors say she has mental health issues and Merisier’s attorney argued during the brief hearing that she poses no threat to the public. 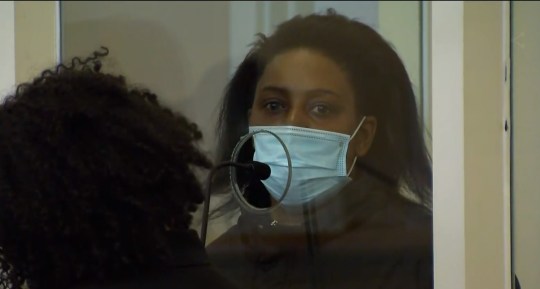 Merisier has been charged with attempted murder and child abandonment (Picture: CBS Boston)

If Merisier posts bail, set at $100,000, she’ll be confined to her home on GPS monitoring and ordered to stay away from the alleged victim and witnesses, records show. Her next court appearance is set for March 29.

In a statement, a spokeswoman for the state Department of Children and Families said that ‘the child is in the custody of the Department’.

She said: ‘I had the opportunity to briefly visit the baby on Saturday and was so happy to see nurses pampering, spoiling, and singing to, feeding and generally pouring love and affection into this beautiful child.’