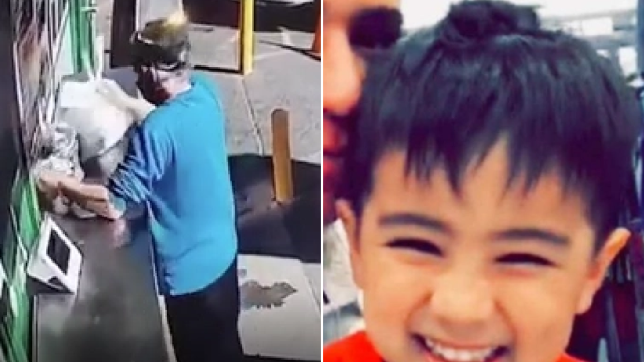 A man in his 50s who drove a brand new car was filmed swiping a donations jar for six year-old James Romero Jr, right, whose father recently died (Pictures: KDVR/GoFundMe)

Shocking surveillance camera footage captured the moment a man in a brand new car stole a donations jar set up to raise money for a child whose dad died.

The unidentified thief snatched the glass container containing an estimated $200-$300 while picking up food at the Chili Shack burrito stand in Lakewood, Colorado, on Friday afternoon.

He then drove off in a blue Toyota Tacoma truck. Chili Shack owner Leonardo Pina was raising money for James Romero, 28, who died on March 1. No further details regarding his death have been released. James left behind a son, six year-old James Jr, as well as his wife Dominuque.

Leonardo said afterwards: ‘What shocked me was I see this man, he’s an elderly gentleman, he looks very well groomed and taken care of. He literally turned around and grabbed the bucket and walked away with it. It was a total shock he would just steal that.

‘On the side of the thing, it said for a person that passed away.’ Leonardo said he had only put the jar out three days previously.

‘To see him get in the vehicle he got into was a shock. In my eyes, it didn’t look like someone who really needed the money at this time.’

Pina has appealed for locals to help him catch the crook – and dig deep once again to help raise funds for James Jr on a GoFundMe page set up by a friend. 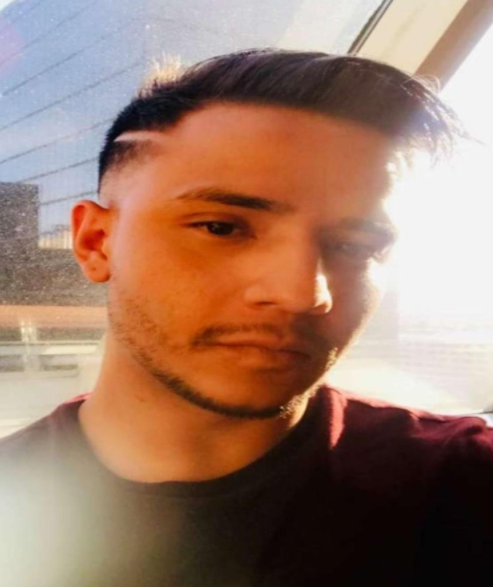 An obituary for the dead man described him as ‘very quiet, fun, caring, protective and loyal’ and told of his love of his family, video games and techno music.

Police are looking for a man in his 50s driving a Toyota Tacoma with a Utah license plate.

“Fuck the grammys and everyone associated”