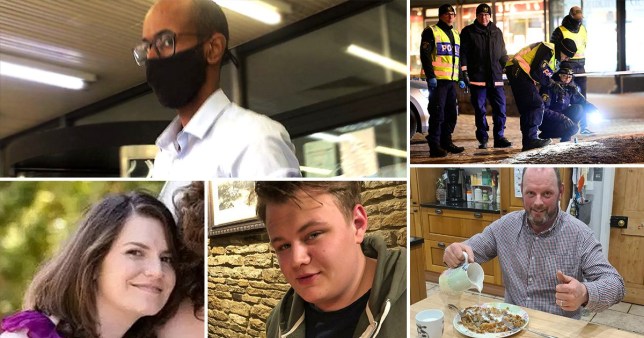 We know you’re busy, so we’ve packed some of the top bits of news from the last 24 hours that you might have missed into this handy article.

A judge in the US has ruled Harry Dunn’s family can bring a claim for damages against the husband of their son’s alleged killer.

It comes after the Dunn family asked if it could launch legal action against Jonathan Sacoolas, under a law in the state of Virginia that potentially makes him liable for allowing his wife to use the car which killed the teenager.

Anne Sacoolas allegedly crashed into the 19-year-old motorcyclist outside military base RAF Croughton in Northamptonshire in August 2019. 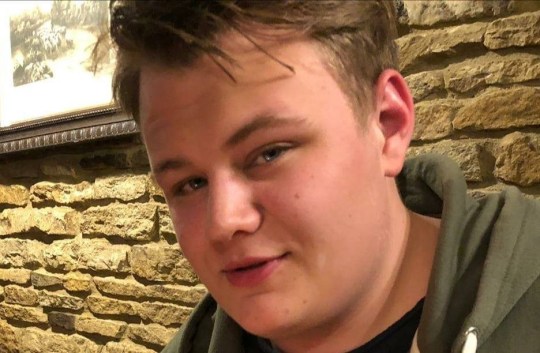 A soldier who served in Iraq and Afghanistan used his ‘military glamour’ to scam women out of their savings.

Nathan Walker, 29, persuaded three victims to part with £33,300 by promising them a romantic future — but he was feeding an £8,000-a-month gambling habit.

One woman, who he met on Tinder, told police Walker had been in ‘complete control’ of her, Winchester crown court heard.

Judge Jane Miller QC told the guardsman his offending had been ‘systematic, calculated and despicable’. Walker admitted ten counts of fraud and was jailed for two years and eight months.

A stalker tricked his way past nurses at Great Ormond Street children’s hospital as his ex-partner’s daughter was due to have heart surgery.

On the day her daughter was to have her operation Grey, 32, told nurses at the hospital he was the stepfather and appeared in her cubicle telling her she was ‘a brave girl’ — before Ms Woodside persuaded him to leave.

Grey, of Wandsworth, London, who admits stalking, was remanded ahead of his sentencing next month.

Spurned lover sent nude photos of ex to her mum

A jilted lover sent naked pictures of his ex-girlfriend to her mother after she refused to pay him for them, a court heard. 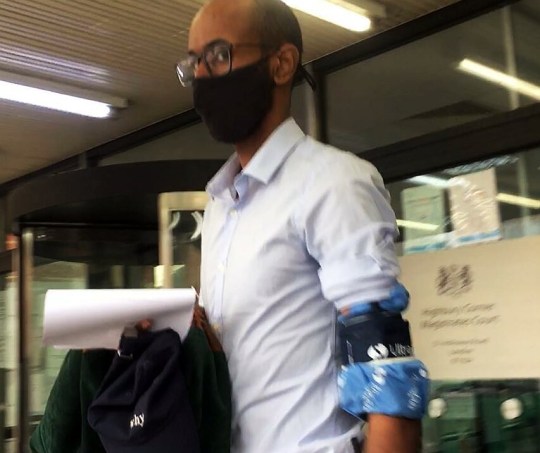 Khalid Mohamed, 25, also lied that he was in hospital with Covid and texted his victim’s mum saying her daughter was a bad Muslim after their break-up last March.

Mohamed, of Tottenham, London, admitted disclosing a private sexual photograph or film without consent and making use of a public communication network to cause annoyance. At Highbury Corner magistrates’ court District Judge Susan William said it was ‘malicious’. Sentencing will be on April 8.

Could you stomach a Cornish pasty-urised?

A Cornish pasty maker has found an unusual way of eating the meat-filled pastries. Sam Cox discovered some of her customers enjoyed their pasties with milk poured over them.

She then found many others did the same after posting on social media — though some replied with a ‘sick’ emoji. ‘It was a tradition that had filtered down through the generations,’ said Sam, owner of Helluva Pasties.

Paul George, a farmer near Truro, Cornwall, said: ‘As a child, I can remember the milk being poured straight over our pasties as soon as it came out of the Aga. It helped cool it down.’ 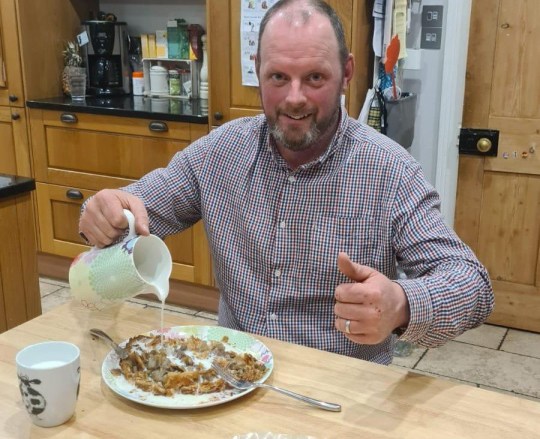 ■ Venison destined for Michelin-starred restaurants will go to families in poverty. The Country Food Trust will turn 34 tons of meat — surplus due to Covid — into lasagne and shepherd’s pie for food banks UK-wide.

■ Ex-MP Charlie Elphicke has lost his High Court appeal against a two-year jail term for sexually assaulting two women. The 49-year-old, who told one victim he was a ‘naughty Tory’, hoped for a suspended sentence.

■ One of the last D-Day heroes has been laid to rest. Cyril Parkinson, who stormed the Normandy beaches aged 20, and died at 97, was honoured by a procession of vintage army vehicles at his funeral in Preston.

A Mumma bear tucks her four cubs behind her as a whiff of danger mingles with the scent of meadow flowers in her wild western home. The protective parent stood to her full 7ft height when a male came too close at Grand Teton National Park in Wyoming, US. Known as Grizzly 399, the bear is 24 and has raised 16 cubs. Photographer Kunal Singh, who took this picture, said: ‘It was a once-in-a-lifetime shot. She’s incredible.’

Police investigating a knife rampage in Sweden, that left eight people injured, were last night treating it as a possible ‘terror crime’. The attack in the southern town of Vetlanda left several people hurt and one suspect was in custody, police confirmed. They said the situation was under control and nothing pointed to any accomplices. In April 2017, five people died when a radical Islamist drove a truck into a crowd of shoppers in Stockholm.

Escape claws! Sailor swims to burning boat to save kittens

A hero sailor swam 50ft across choppy seas to rescue four kittens trapped on a burning ship after it was abandoned by the eight-man crew. Still wearing his trousers, Thatsaphon Saii, 23, dived into the water off Satun, Thailand, and raced to the wreckage. After clambering on board, he put three cats in a sack, carried one on his shoulder then returned to his navy vessel. ‘I’m so relieved we saved the kittens. They would have drowned,’ he said.

■ At least 13 people were killed in Myanmar yesterday as security forces in several cities opened fire on protesters opposing the military coup. Neighbouring Asian countries have called for restraint.

■ A prototype of SpaceX’s Starship rocket exploded during a landing after an experimental launch. The craft — part of a project for entrepreneur Elon Musk — had soared to six miles above a launch site in Texas.

■ German security services have said they will boost surveillance of the far-right Alternative For Germany on suspicion of espousing extremist views. The anti-migrant party said: ‘We will fight it in the courts.’

■ A small floral bowl bought at a yard sale for £25 in New Haven, Connecticut, is tipped to fetch £350,000 at auction. It was made in the 1400s for China’s imperial court, experts discovered.

■ Six people — including a girl and a pregnant woman and her husband — died when their ambulance hit a land mine in Burkina Faso. The blast was near the northern border with Mali, a target for militant attacks.

■ The husband of Malaysia’s former central bank boss is being investigated for alleged money laundering. Tawfiq Ayman, wed to ex-governor Zeti Akhtar Aziz, is linked to a £3.2billion financial scandal in the country, claim police.