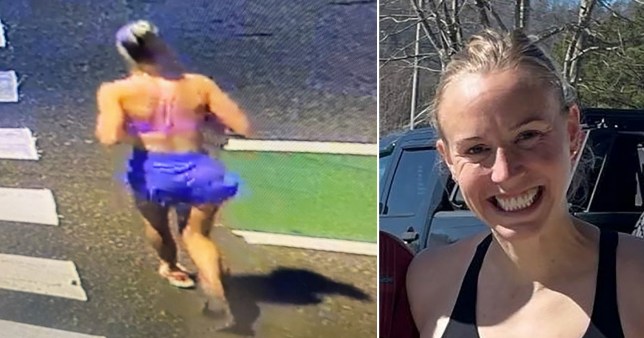 Eliza Fletcher, a teacher who was abducted during an early morning run and then killed, died from a gunshot wound to the head, an autopsy report released Thursday revealed.

The 34-year-old kindergarten teacher had a gunshot wound in the back of her head, blunt-force injuries to her right leg and jaw fractures, according to an autopsy report by the West Tennessee Regional Forensic Center.

‘There are two semicircular defects to the skull consistent with a single gunshot to the head with the bullet travelling in a posterior to anterior (back to front) and right to left direction,’ the report said.

While on a jog near the University of Memphis on September 2, Cleotha Abston, 38, passed the mother of two, according to police.

Authorities allege that Abston got out of his SUV and chased Fletcher and then made her get into his car around 4 am. Her body was found three days later following an extensive search of the area.

Abston was arrested and charged with especially aggravated kidnapping and tampering with evidence in relation to Fletcher’s disappearance. He remains in the Shelby County jail on no bond.

After his arrest in Fletcher’s death, Abston was re-booked on additional charges including rape and kidnap from an incident a year earlier after his DNA found on Fletcher’s sandals linked him to the earlier crime.

A sexual assault report taken on September 2, 2021 contained DNA that matched Abston, but was placed in a queue of ‘unknown assailant kits.’

Despite the similarities, investigators have said that Fletcher’s abduction and murder were ‘isolated’ as she and Abston had never met before the attack.

Abston previously pleaded guilty to aggravated kidnapping a prominent Memphis attorney in 2000, when he was 16-years-old. He was sentenced to 24 years, but released early in 2020.

Fletcher was the granddaughter of the late Joseph Orgill III, a Memphis hardware businessman and philanthropist. Her family’s business has been described as ‘the world’s largest independent hardlines distributor with annual sales of $3 billion,’ according to the company’s website.

She was also the mum to two young boys, and worked as a kindergarten teacher near Memphis, Tennessee.