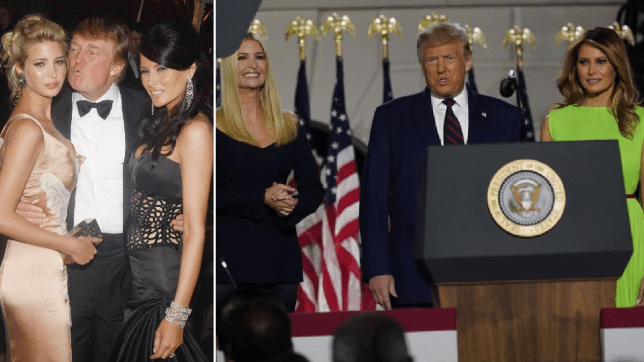 Melania Trump’s rumored issues with stepdaughter Ivanka Trump could ultimately end her marriage to Donald, a former friend claims. Melania’s ex-aide Stephanie Winston Wolkoff claims that if it ever comes down to a choice between the two women, the former president will always opt for Ivanka.

‘She’s Donald in a suit. She is Donald’s one ace in the hole. And if Donald had to choose between anyone, it would be Ivanka.’ Mrs Trump has not been seen in public since her husband’s final day in office on January 20.

Some former White House staffers – including Trump aide Omarosa Manigault Newman – claim a divorce is imminent. But others insist the Trumps’ marriage is relatively solid, with the couple themselves repeatedly denying all rumors of relationship trouble. 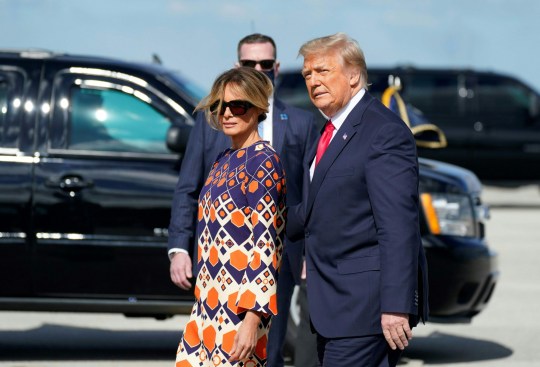 Melania was last seen in public on January 20, with sources close to the Trumps divided over whether their marriage will survive (Picture: Getty)

Melania and Ivanka are long rumored to have endured a tense relationship with one another. Wolkoff – who organized Trump’s $107million inauguration in 2017 – says Melania plotted to ensure Ivanka could not be seen by TV cameras while sitting down at the glitzy ceremony.

The two women are also said to have clashed over Ivanka’s role as ‘first daughter’ and adviser to her dad, which Melania reportedly saw as invading her territory.

And last August, Melania was seen grimacing as Ivanka walked past her at a Republican National Convention Event at the White House.

The former president has repeatedly hailed his eldest daughter’s abilities and beauty, with Ivanka widely-believed to be his favorite child.

But Melania also continues to hold a great deal of sway over her spouse, friends claim, and had to be begged to move to Washington DC after Trump was sworn in as president in 2017 to calm his rages, it is said.

Melania is said to have refused to so until she had re-negotiated her pre-nuptial agreement, which would see her paid-off if her marriage ever ends.