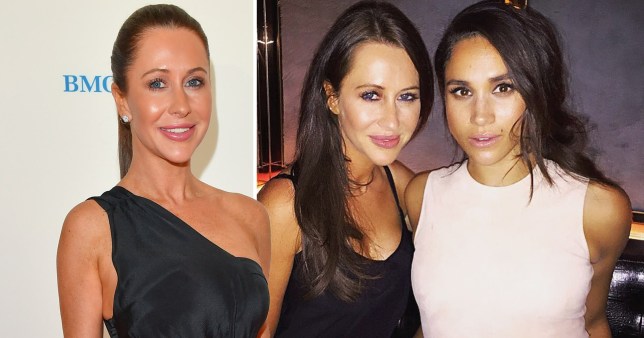 Fashion stylist Jessica Mulroney said no one ‘has ever had to deal with the pressure, politics and the press’ like the Duchess of Sussex (Picture: Instagram)

Meghan Markle’s best friend has stepped in to defend the ‘kind and empathetic’ royal after allegations she bullied staff members.

Jessica Mulroney, who met the Duchess of Sussex while filming Suits, posted a picture of them having drinks together on Instagram after claims Meghan drove out two personal assistants and ‘humiliated’ staff on numerous occasions.

The Canadian fashion stylist wrote: ‘I don’t know that anyone has ever had to deal with the pressure, the politics and the press like this woman.

‘In the face of it all, I have never seen her waver from kindness, empathy and love.’

It comes after several other close friends have rushed to the former actress’s defence before her ‘no-holds-barred’ interview with Oprah Winfrey airs tomorrow.

Her Suits co-star Patrick J Adams has launched an explosive attack on the Royal Family which he claims has ‘outlived its relevance’ and is ‘bankrupt of decency’.

Speaking on Friday, the actor said Meghan was an ‘enthusiastic, kind, cooperative, giving, joyful and supportive member of our television family’ who didn’t change after becoming a senior royal. 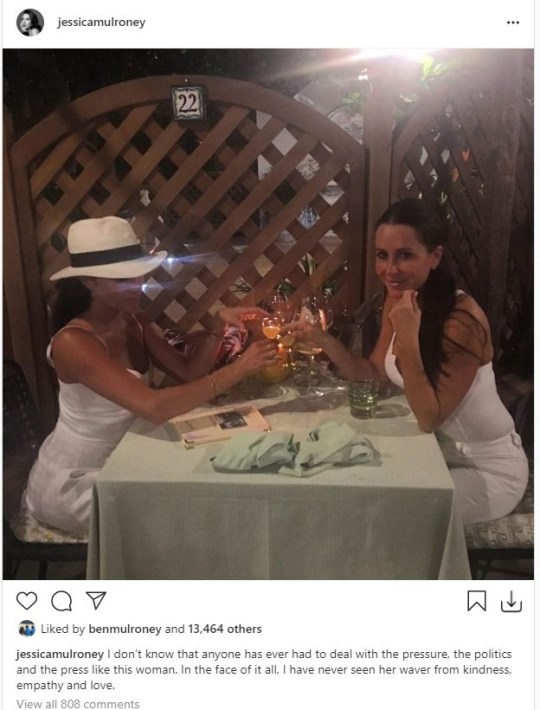 Jessica posted a picture of the pair out for drinks (Picture: Jessica Mulroney/Instagram) 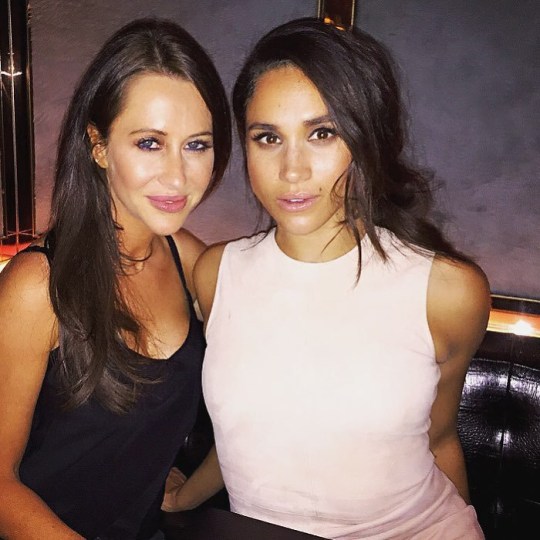 He added: ‘It’s OBSCENE that the Royal Family, who’s newest member is currently GROWING INSIDE OF HER, is promoting and amplifying accusations of “bullying” against a woman who herself was basically forced to flea the UK in order protect her family and her own mental health.

‘IMO, this newest chapter and it’s timing is just another stunning example of the shamelessness of a institution that has outlived its relevance, is way overdrawn on credibility and apparently bankrupt of decency.

‘Find someone else to admonish, berate and torment. My friend Meghan is way out of your league.’ [sic]

Silver Tree, who worked as a producer on Suits, also turned to Twitter to protect Meghan. She said: ‘This is Meg. A real person – not a cover story. She is one of my very nearest and dearest. Like all her friends I love her madly.

It comes after Buckingham Palace confirmed it will investigate ‘concerning’ allegations of bullying made against Meghan by former royal staff in an unprecedented statement on Wednesday.

The couple’s former communications secretary made allegations to The Times newspaper that the mother-of-one drove out two personal assistants and staff were ‘humiliated’ on several occasions.

A letter from Meghan’s lawyers claimed the newspaper is ‘being used by Buckingham Palace to peddle a wholly false narrative’ before the Oprah interview is broadcast. 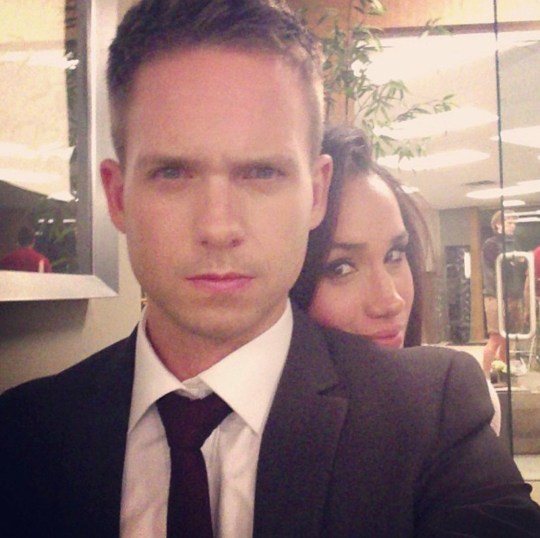 Patrick J Adams told critics to ‘find someone else to admonish, berate and torment, my friend Meghan is way out of your league’ (Picture: Instagram/Patrick J Adams)

Meanwhile, the author of a Harry and Meghan biography claims Buckingham Palace has set an ‘uneven playing field’ after announcing a probe into claims made against the duchess, but ‘keeping dead silent’ on allegations concerning Prince Andrew.

The Duke of York has ‘categorically’ denied claims that Virginia Giuffre was trafficked and forced into sex with him in 2001 and 2002.

Palace insiders have denied accusations of a smear campaign against Meghan, saying they are ‘deeply upset’ by the accusation.

They told The Times: ‘It is absolutely untrue that the Palace has been peddling disinformation or conducting any kind of campaign ahead of the interview. The Palace has not got involved. It has clearly not been coming from us.’

CBS is said to have ‘no intention’ of delaying the broadcast of the Oprah interview on Sunday, despite Prince Philip undergoing heart surgery this week. It will air on ITV at 9pm on Monday.