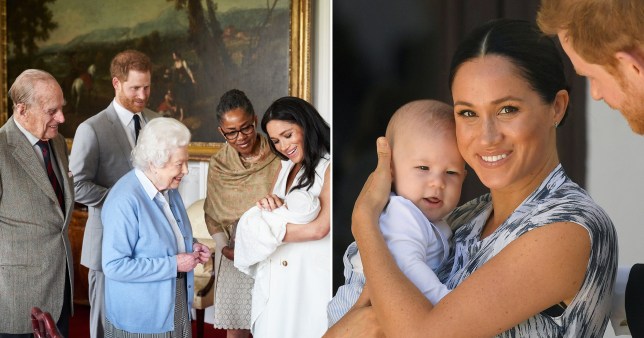 She made the claims in her interview with Oprah Winfrey

Meghan Markle has claimed that when she was pregnant with son Archie, there were ‘concerns and conversations about how dark his skin might be when he’s born’ within the family.

She said: ‘In those months when I was pregnant, we had in tandem the conversations of him not being given security or a title, and also concerns about how dark his skin might be when he’s born.’

In an interview with Oprah Winfrey, the chatshow host asked her: ‘Who is having that conversation with you?’

Meghan would not say who raised this, saying ‘I think that would be damaging to them’.

She added that the concerns were relayed to her by Harry, who had been told people were worried about ‘what that would mean or look like’.

Meghan added: ‘That was relayed to me from Harry, those were conversations the family had with him, and I think it was really hard to be able to see those as compartmentalised conversations.’

Asked whether there were concerns that her child would be ‘too brown’ and that would be a problem, Meghan said: ‘If that is the assumption you are making, that is a pretty safe one.’ 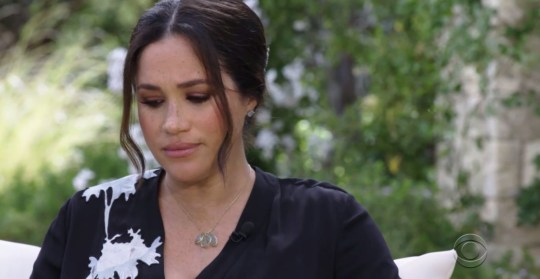 Speaking this evening, she said that this was upsetting for her ‘in those first months when I was pregnant’.

She added that she was very worried that the Royal Family told her that when her son was born, he should not be a prince.

‘They didn’t want him to be a prince or princess, not knowing what the gender would be, and he wasn’t going to receive security,’ she said.

‘While I was pregnant they said they wanted to change the convention for Archie,’ she said, adding she was not satisfied with the answers about why.

She said it wasn’t her and Harry’s decision that Archie would not be a prince.

‘The idea of the first member of colour in this family not being titled in the same way other grandchildren would be’ was upsetting to her, she said.

‘It was really hard.’

In her sensational interview this evening, she said that the pressures of living within the Royal Family drove her to thoughts of suicide.

‘I just didn’t want to be alive anymore,’ she told Oprah Winfrey, saying that she went to palace officials with her concerns but was told she could not go to an outside institution to get treatment because of how it would be perceived.