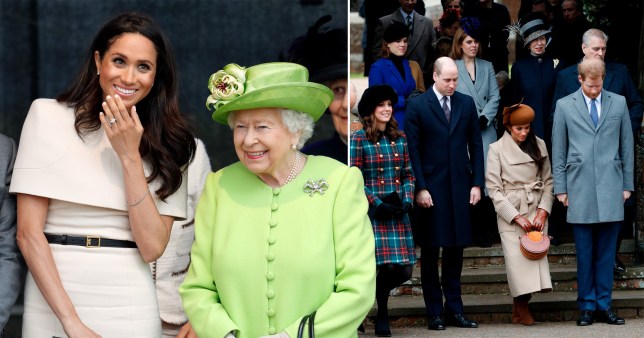 Meghan Markle has described her surprise at being expected to curtsy to the Queen on meeting her for the first time.

Speaking to Oprah Winfrey in a highly anticipated interview, she described how Prince Harry asked her if she wanted to meet his grandmother when they realised things were becoming serious.

As the Queen finished a church service, the couple discussed what to expect.

Meghan told Oprah how she was excited to meet her as she was close to her own grandparents.

But the meeting wasn’t quite as she would expect, as Prince Harry asked her if she knew how to curtsy.

Meghan said that although she realised other people meeting the monarch would do so, ‘I didn’t think that happened inside the family.’ 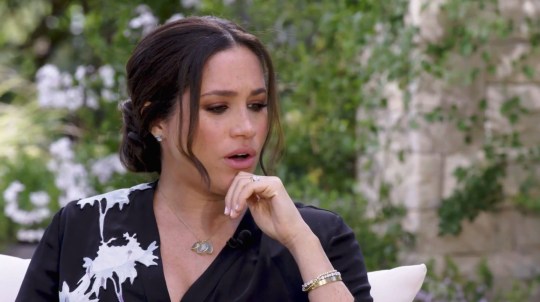 Meghan speaking during the interview with Oprah Winfrey (Picture: CBS)

She said that Harry told her she wasn’t just his grandmother but ‘the Queen.’

Meghan said she quickly googled how to curtsy while waiting in the car and when they were introduced, did a ‘very deep’ curtsy.

After getting this over with, she said the introduction was very easy and enjoyable.

Describing her initial experiences of becoming part of the royal family, Meghan said: ‘I will say I went into it naively, because I didn’t grow up knowing much about the royal family.

Meghan said she did not research Harry or the family beforehand, and had little expectation of what becoming a working royal would involve.

She said: ‘I didn’t fully understand what the job was, what does it mean to be a working royal, what do you do?

‘I didn’t romanticise any element of it, but I think as Americans especially – what you know about the royals is what you read in fairy tales.

‘It’s easy to have an image of it that’s so far from reality and that’s what was really tricky over those past few years, when the perception and reality are different things and you’re being judged on the perception but you are living the reality of it, there’s a complete misalignment and there’s no way to explain that to people.’

Meghan Markle says in Oprah interview that Kate made her cry