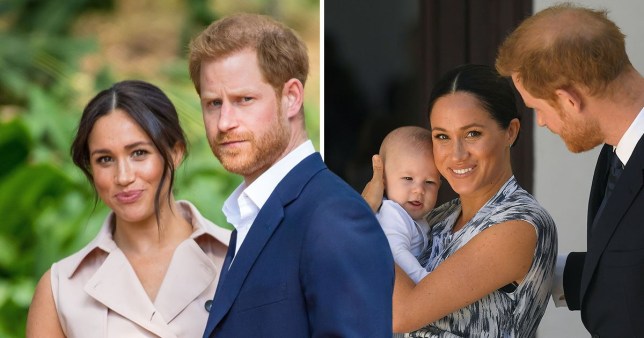 Meghan Markle has denied reports that she requested her first names be erased from her son’s birth certificate and replaced with just her royal title.

The couple were said to have taken ‘Rachel Meghan’ off their first child’s official papers and instead left ‘Her Royal Highness the Duchess of Sussex’ listed as Archie’s mother, The Sun reported.

The Duke of Sussex also changed his name on June 5, 2019, but he kept his forenames and added ‘Prince’ to his title.

But the name changes were not requested by Meghan or Harry and instead ordered by Buckingham Palace, said a spokesperson for the Duchess of Sussex following the reports.

The spokesperson told The Independent: ‘The change of name on public documents in 2019 was dictated by The Palace, as confirmed by documents from senior Palace officials.

‘This was not requested by Meghan, The Duchess of Sussex nor by The Duke of Sussex.’

Royal writer Ingrid Seward had told The Sun the ‘unprecedented move’ could be a ‘sign they were desperate to do something different to the Cambridges’.

The duchess’ spokesperson said the paper’s claim of a ‘snub’ or to suggest that Meghan ‘would oddly want to be nameless on her child’s birth certificate, or any other legal document, would be laughable were it not offensive’.

Kate Middleton made headlines in 2018 for keeping her first names before her royal title on her third child’s birth certificate. 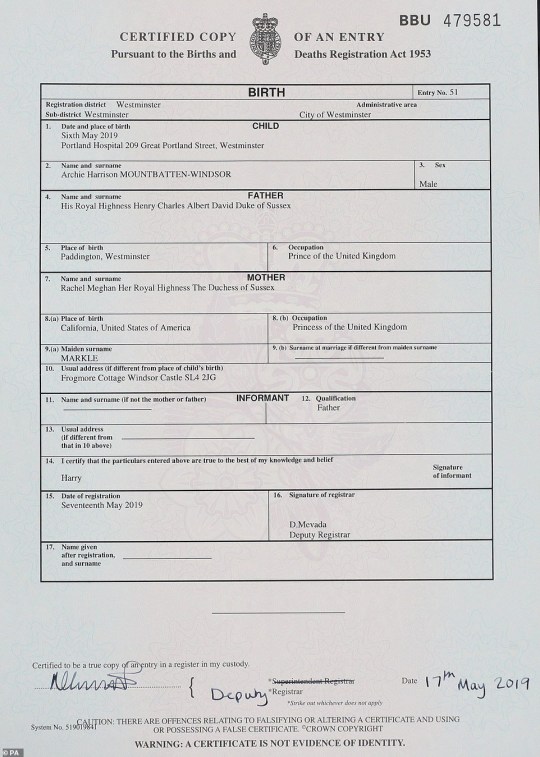 But Kate has referred to herself as ‘Catherine Elizabeth Her Royal Highness Duchess of Cambridge’.

The Sussexes’ decision could also be seen as Harry looking at his wife in the same light as his mum Diana who always referred to herself as ‘Her Royal Highness the Princess of Wales’.

Lady Colin Campbell, an author who has written four books about the royal family, noticed the amendment.

She had said: ‘It is extraordinary and raises all kinds of questions about what the Sussexes were thinking.’

‘The Wonder Years’ reboot set for pilot on US network ABC