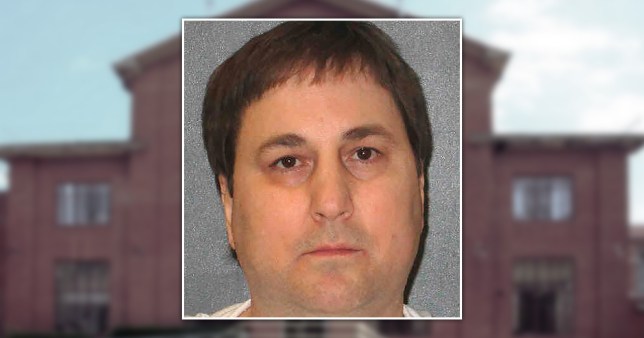 Stephen Barbee is scheduled to be executed for the death of Lisa and Jayden Underwood in 2005 (Picture: AP / Wikipedia)

A man is scheduled to be executed this evening for the murder of his ex-girlfriend and her 7-year-old son over 17 years ago.

Stephen Barbee, 55, will be executed by lethal injection at the Huntsville Unit, which houses Texas’s death row.

Barbee was convicted for the murders of Lisa Underwood, 34, and Jayden Underwood, 7, in 2005. The mother and son were suffocated in their home in Fort Worth, then buried about 40 miles away in Denton County.

Prosecutors argued that Barbee, who was married to another woman, killed Underwood because she was 7 months pregnant. Barbee presumed he was the father, but later DNA testing revealed he was not.

Barbee confessed to the killings when he was in police custody. He later recanted his confession, stating that he was coerced by police and was set up to take the fall by his coworker, Ron Dodd.

Dodd was also a defendant in the murder trial. A jury found him guilty of tampering with evidence for helping Barbee dispose of the bodies. He spent 10 years in prison.

Barbee’s attorneys have appealed to the Supreme Court asking for a stay on his execution, arguing that Texas has violated his religious rights by not complying with an earlier Supreme Court decision.

In March, an 8-1 majority of justices found that states must accommodate death row inmates’ religious requests before execution. This includes having prayers read aloud and letting faith leaders touch prisoners as they are executed.

The case was brought by death row inmate John Henry Ramirez, who sued the state of Texas

Despite the Supreme Court decision, Texas never formally updated their policy on religious requests. Instead, they announced that they would review all requests on a case-by-case basis.

Barbee specifically wants to keep his arms bent in prayer as he is given lethal injection. He is requesting Texas authorities find another vein for the IV so he can remain in the position as he receives the drugs.

If Barbee is executed tonight, it will be Texas’s fifth execution in 2022.