Capitol Hill has been on edge since Trump supporters stormed the building in January 2021 (Picture: EPA/Getty)

A gunman drove his car into a barricade near the US Capitol building, before opening fire into the air and then shooting himself, police say.

While he was getting out of the vehicle in Washington DC, it is said to have burst into flames.

Nobody else was hurt in the incident, which happened at about 4am local time, officers explained.

‘Our investigators are looking into the man’s background.’

The force added: ‘When our officers heard the sound of gunfire, they immediately responded and were approaching the man when he shot himself.’

Pictures show the burnt out car being removed to reveal a charred pavement near the barricade.

It comes as law enforcement authorities across the country are facing increasing threats amid warnings about the possible attacks on government buildings, after the FBI searched former President Donald Trump’s Mar-a-Lago estate. 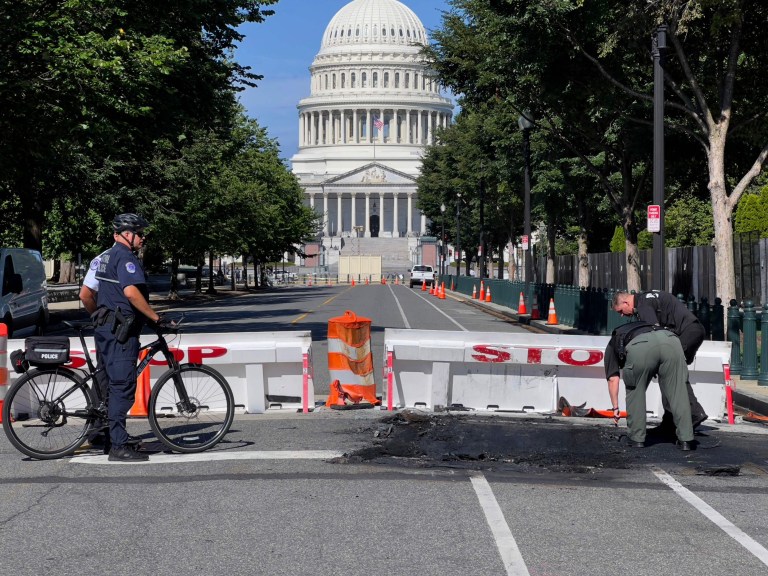 US Capitol police inspect the burnt area where the car was (Picture: AFP) 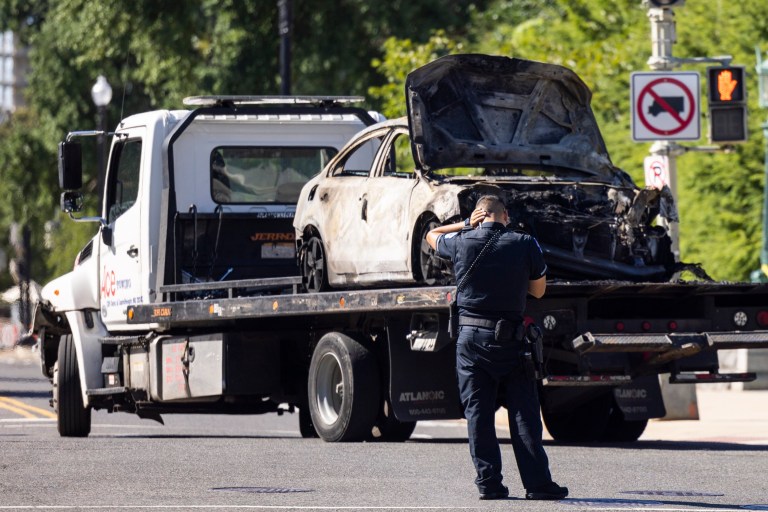 The charred car was removed as officers watched on (Picture: EPA) 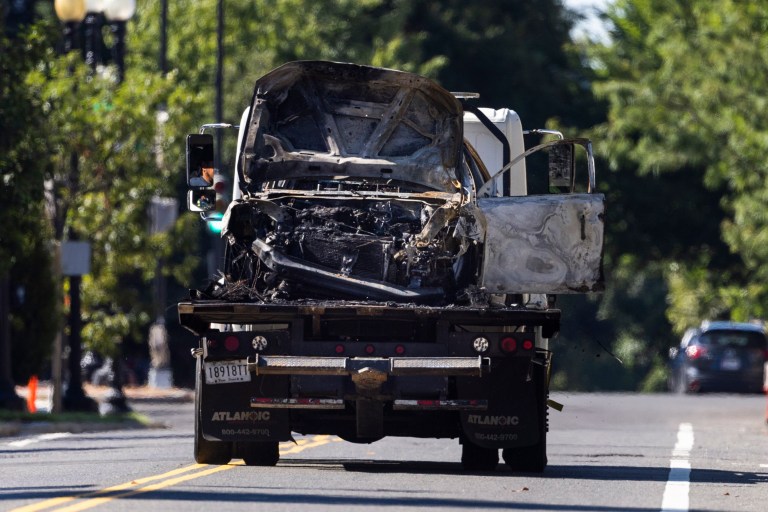 The car burst into flames when the man got out (Picture: EPA)

The attack is reminiscent of an incident when a man drove a vehicle into two Capitol Police officers at a checkpoint in April 2021, killing an 18-year veteran of the force.

Many on Capitol Hill remain on edge after supporters of the then-president Trump stormed the building on January 6 last year.

The gunman, who was later pronounced dead, has not been identified.