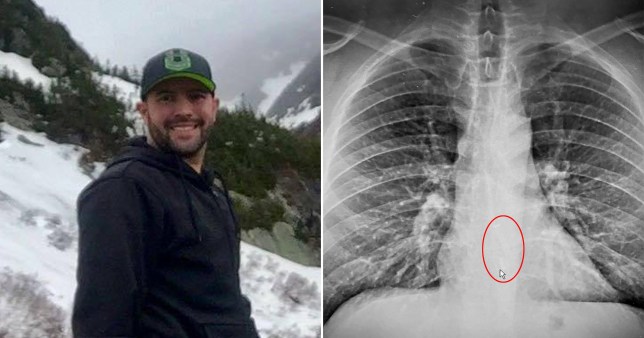 A man who woke up struggling to breathe was stunned when it turned out he had swallowed an AirPod in his sleep.

Brad Gauthier, 38, knew something had gone wrong after he was left gagging while attempting to drink a glass of water after waking up early on Tuesday morning.

It would emerge that one of his tiny wireless headphones had become wedged in his oesophagus, causing his throat to fill up with the water, leaving him feeling like he was choking.

He was able to recover, the water eventually spilling out of his mouth after he leaned over.

Despite this Brad soldiered on through the day, not realizing the severity of what had happened overnight despite feeling a strange sensation in his chest, even tending to his snow-covered driveway, following a severe blizzard. 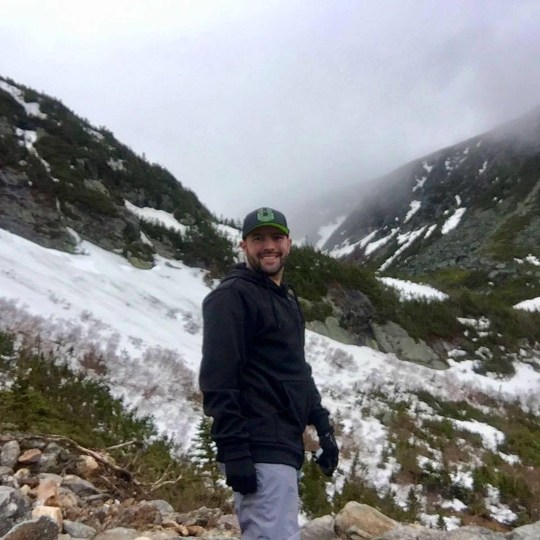 However, the pieces started to come together after family, including his wife, Heather, 32 and son Owen, 15, joked after helping look for the missing earbud and hearing something was wrong with his throat, that maybe he swallowed it.

Brad, from Worcester, Massachusetts, said: ‘My wife mentioned it when I came in and we laughed about it, but something just clicked and I got a weird sinking feeling that I’d swallowed it in my sleep.

‘At that point, I putzed around for another 10 minutes thinking about it but we all determined it’d be better safer than sorry to go to hospital.’

After arriving at hospital he was quickly assessed by staff who at first suggested that food from celebrations to mark his wife’s birthday the previous night were the cause of his discomfort.

However, X-rays soon proved this to be wrong.

He said: ‘It was pretty funny, when she left the room I could hear a bit of chatter outside – ‘No it couldn’t be?’

‘She came back in, looks at me and says: ‘I’ll be damned, you swallowed it.’

‘They were all jaws a slack, looking at this X-ray, on the screen where you could see it in such clear definition. Fortunately, she was able to get me right through an endoscopy centre they’re affiliated with.’ 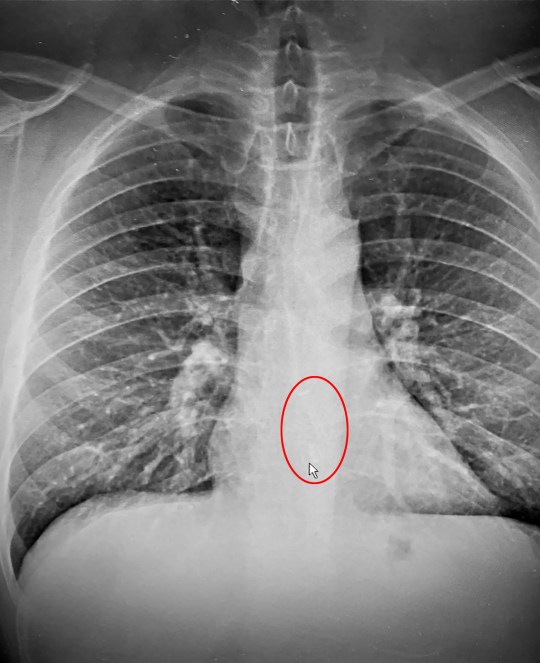 Brad’s X-ray showed the AirPod inside him after he swallowed it in his sleep (Credits: Caters News Agency)

Brad believes that after going to bed with his headphones in, to prevent him from waking up his six-month-old daughter Avianna, the AirPods somehow entered his mouth while he was sleeping.

It emerged he had been incredibly lucky, the AirPod somehow became wedged in a position that had prevented it from causing serious damage.

He said: ‘Had I inhaled it or it had gotten lodged or constricted my airway that could have certainly been a significantly more serious matter.. You don’t have a lot of runway if you obstruct your breathing and something happens, who would even think that’s what it was if you wake up to something like that.’

He added: ‘I’m really lucky things happened the way they did and got it resolved so quickly, along with it being wedged in the position that it was.’ 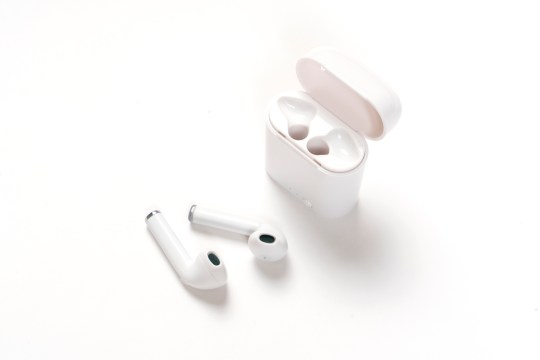 The endoscopy was itself not without risks, with doctors warning Brad that while they were confident of success the AirPod could become dislodged, possibly entering his stomach or lung passageway.

However, fortunately, while uncomfortable, the surgery was a complete success with Brad thanking staff for their efforts. He was even able to have a meal shortly afterwards with his wife and even return home to work.

Sadly, he said jokingly, while the headphone still does work the microphone function is now broken.

Which robot vacuum cleaner should I buy in 2021?