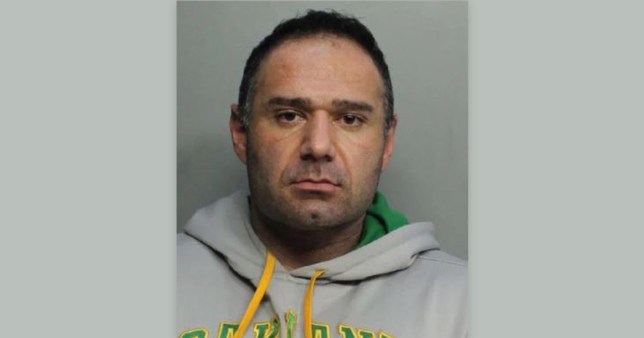 A man has been accused of luring a woman to his flat by posing as a cosmetic surgeon, then drugging and raping her.

Brody Amir Moazzeni, 35, has been charged sexual battery and practicing medicine without a license, among other things, after allegedly inviting a woman to his flat, telling her he would carry out procedures, and then forcing her to have sex with him.

Miami Beach police arrested Moazzeni on Wednesday and detectives are currently working to determine if anyone else has been targeted by Moazenni in such a way, reports Local 10.

Police say that in late January, Moazenni met a woman through a mutual friend and told her he was a cosmetic surgeon.

He invited the victim to his apartment where he performed various injections to areas of her face, arms and legs, according to the police report. He is also said to have told the victim that he was a gynecologist, and could also perform a ‘cosmetic vaginal rejuvenation’, police add.

After administering a ‘test’ with a metal object, Moazenni allegedly told the victim she did not need the rejuvenation, the report said.

Police say the victim had a ‘reaction to the injections’ and Moazzeni invited her stay at the apartment overnight to allow for the swelling to subside.

The victim told police that Moazenni gave her an unknown drug, which made her lose her inhibitions, and then had non-consensual sex with her, detectives have said.

A police investigation into the allegations showed that Moazenni does not have a medical license in Florida and that he also obtained his rental apartment by showing a pay slip from alleged employment at the Mt. Sinai Medical Center. The document, however, was determined by investigators to be fraudulent.

A police search warrant was obtained and conducted on Wednesday, March 10, where inside the apartment, detectives found various controlled substances, as well as certificates from various medical schools.

Moazenni told police that he graduated from a medical school in the Caribbean, but that he had not passed the required medical exams that would allow him to practice medicine in the US. 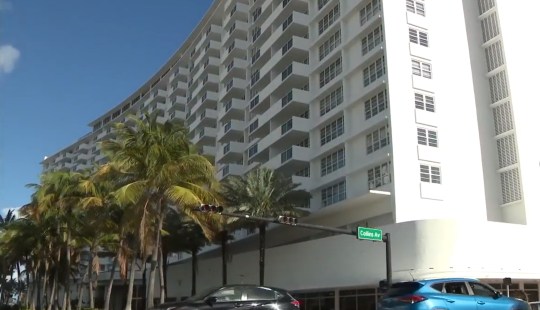 Moazenni allegedly invited the woman to his Miami Beach apartment to carry out ‘procedures’ (Picture: Local 10)

He also admitted that the medical certificates on the walls of his apartment were fake and were printed from the Internet. Investigators also found a device used for vaginal examinations consistent with the victim’s allegation of sexual battery.

The controlled substances found were obtained through the internet, according to police.

Moazenni has confessed to performing ‘check ups’ for people he knew or that would ask for his advice. He said he did not advertise as a practitioner and that all of his ‘patients’ were referred to him by word of mouth.

He told investigators he was making part of his living from patients that visited him at his apartment, according to police.

Miami Beach Police Department officer, Ernesto Rodriguez, said: ‘What’s most troubling in this is not only the details of this investigation but the strong probability that there may be additional victims out there.’

Moazenni claimed to police that he had consensual sex with the woman various times and has contested the charge of sexual battery. 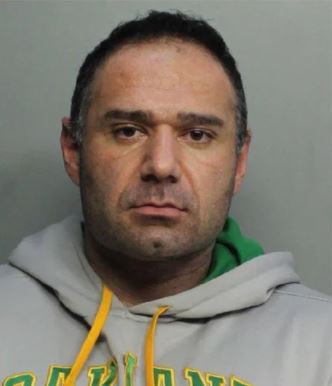 The suspect is also said to have harassed another woman in a separate incident, on Tuesday, March 9, the day before his arrest. Police say that at 10pm a woman called Miami Beach Police to report that she was being harassed by a man, who later was identified as Moazenni, at a local gym.

She said that while she was at the gym, Moazenni walked behind her and started to scream at her, calling her names, and bumping into her while screaming at her, according to police.

The victim added that as she was walking away, Moazenni allegedly threw coffee at her, which she says she caught on camera. was able to capture it on video.

How to Tell If You Have Burnout