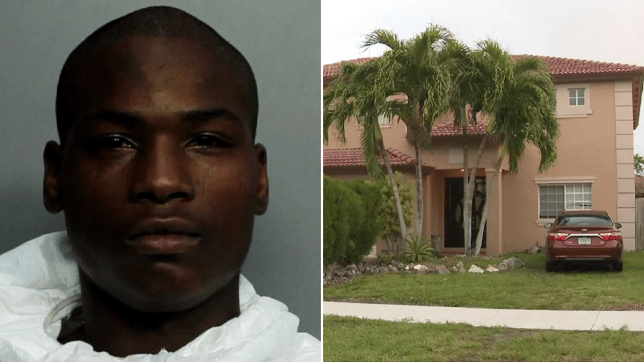 A 19-year-old man shot his grandfather and aunt then killed his cousin after his family questioned him about his drug use, according to police.

Ruben Warren Williams faces several charges including second-degree murder after allegedly shooting and killing his cousin, Carlton Tillman, 27, during a violent rampage that apparently started over an argument with his grandfather about drugs.

Williams is said to have opened fire at his grandfather and aunt at their home in Miami-Dade, Florida, on Saturday morning after becoming upset when his grandpa asked him if he had been smoking pot. The pair suffered critically injuries in the shooting and police say the suspect fatally shot Tillman shortly after.

Following the alleged shooting spree, police say Williams then left the house, got into a woman’s car, put a gun to her head and yelled at her to drive. He’s said to have held her hostage at gunpoint for several hours, according to Miami Dade Police Department.

Police documents state that Williams shot his grandfather and aunt at around 11.15am on March 6 following the confrontation about his drugs use, reports Local 10.

The two victims jumped from a second-story window to escape from Williams, leaving his grandfather with broken ankles and gunshot wounds to his back, police claim. Williams aunt, meanwhile, suffered gunshot wounds to her upper body, according to the report.

After shooting ans injuring the pair, Williams is then accused of going into the home’s living room, where he shot his cousin, Tillman, police said. Tillman ended up collapsing on the kitchen floor, where Miami-Dade Fire Rescue found him dead from multiple gunshot wounds.

Detective Kristopher Welch, of the Miami Dade Police Department, said of the shootings: ‘There was a verbal dispute inside of the residence that escalated and led to shots fired.’ 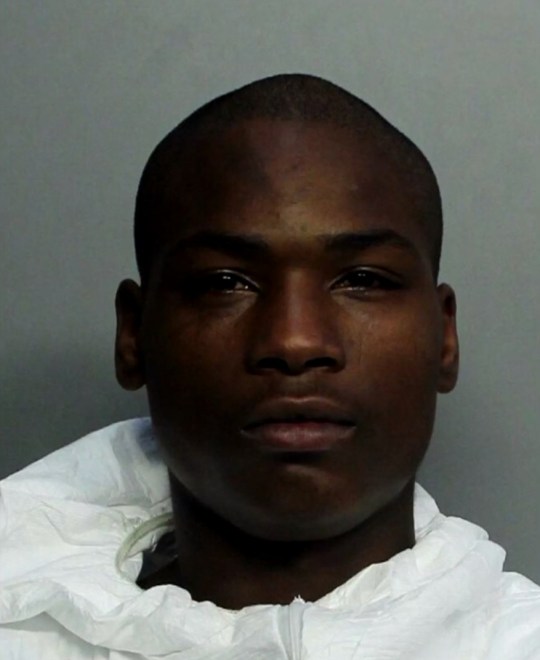 Police said Williams then left the residence, where he spotted his aunt outside and began chasing her while shooting in her direction. She managed to escape the gunman by running to a neighbor’s yard, the report added.

Williams is then accused of shooting and injuring a neighbor’s barking dog before fleeing the scene by holding a woman hostage in her car and ordering her to drive.

The police say the suspect jumped into the passenger’s side of a vehicle that was parked at the roadside and the woman in the driver’s seat said Williams put a gun to her head and yelled at her to drive. 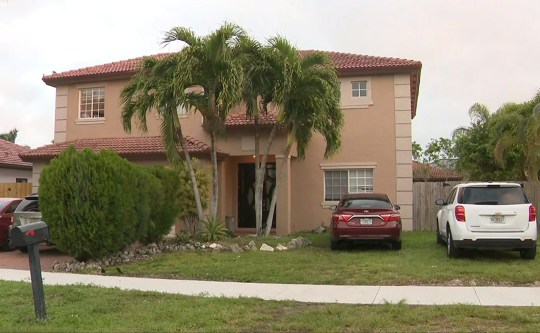 The three people were allegedly shot inside this home in Miami-Dade, Florida (Picture: Local 10)

He is said to have demanded her phone and wedding ring, the victim told police, and said that Williams held her at gunpoint, forcing her to drive around for several hours.

Witnesses told police they saw Williams enter the woman’s black vehicle. Police said Williams had also contacted his sister, telling her that he had kidnapped a woman for her car.

Police eventually found and arrested Williams on Saturday night, and as of Tuesday he remains behind bars at the Turner Guilford Knight Correctional Center. Williams’ grandfather and aunt remain in critical condition at the Jackson Memorial Hospital’s Ryder Trauma Center.