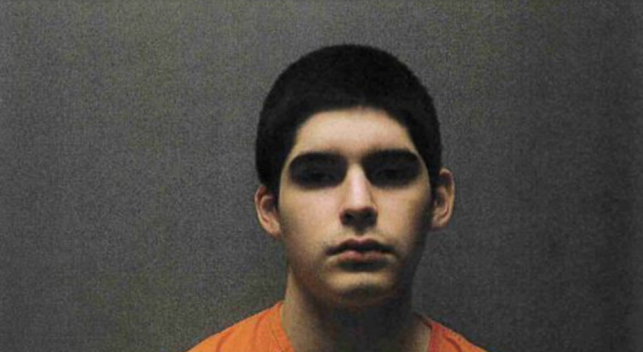 A 19 year-old allegedly walked into his sleeping four month-old cousin’s room and “plunged a knife into the child” 16 times, killing her. Alexander Hernandez is said to have come off prescribed medication for depression shortly before the January 9 killing in Fremont, Nebraska, a court heard Tuesday.

An unidentified relative heard the baby’s cries, got up to see what was happening, and tried to stop Hernandez attacking the baby, the Lincoln Journal-Star claimed.

Lieutenant Ed Watts, from Fremont Police, said: ‘Another resident in the house actually wrestled the knife away from the suspect and then he was taken into custody after our officers arrived.’

Those officers found the baby with four stab wounds to her abdomen, and 12 on her chest. She was rushed to a nearby hospital, where she succumbed to her wounds. Court documents describe Hernandez as the baby’s cousin and ‘step-brother.’

Lieutenant Watts said the murdered baby was born in Chicago. He added that there had been ‘some difficulties there with a family, so the Hernandez family in Fremont agreed to take the baby in.’

Hernandez is said to have initially refused to cooperate with investigators. He has been charged with first-degree murder, and is being held in jail without bond ahead of his next court appearance.

Neighbor Larry Steel is among locals stunned by the brutal murder. He told KETV: ‘Who can plan for something like this? And when it happens… how willing are we to help one another?

‘How well do you really know your children, what they’re going through up in this area?’