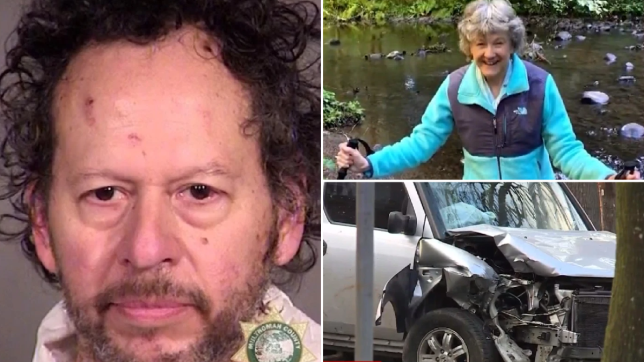 Paul Rivas has been charged with second-degree murder (Pictures: KOIN 6)

A man has been charged with murder for allegedly running over a 77-year-old woman with his car before doing a U-turn and mowing her down again.

Paul Rivas, 64, is accused of going on a deadly hit-and-run rampage that killed a grandmother, Jean Gerich, and injured six others in Portland, Oregon, on Monday afternoon.

Rivas, from Oregon City, appeared in court yesterday and allegedly told detectives that his Honda was having brake problems and he was looking ‘for an open auto repair shop’ when he hit his victims.

Rivas was finally stopped in his vehicle after he crashed and taken into custody, according to police, reports KOIN 6. No motive for the alleged murder has been given, with Rivas not believed to have known his victim.

Court documents have revealed the chaos on Monday when Portland Police Bureau officers arrived at the scene of multiple reports of a Honda ‘intentionally striking’ people. Officers said they found a vehicle matching the description that had crashed into another vehicle.

Detectives found one victim — later identified as Gerich, a grandmother and cancer survivor — suffering from critical injuries that later turned out to be fatal.

Rivas was also still at the scene when police arrived and was in the road being followed by bystanders, according to the Multnomah County probable cause affidavit.

It added that an officer spoke with a witness who reported that before she was hit, Gerich was on a sidewalk. According to the court document, the witness left his home after hearing a loud crash and spotted Gerich ‘visibly injured’ with a vehicle driving away.

The affidavit said: ‘He then observed the vehicle do a rapid U-turn and turn back toward Ms. Gerich’, and when the car drove back toward the woman, ‘it moved from the street to the sidewalk, striking her a second time, running her over, and dragging her underneath the vehicle. 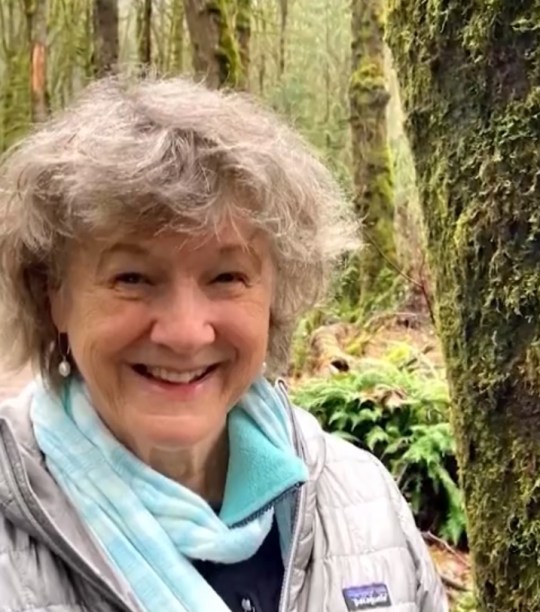 Jean Gerich sadly lost her life in the incident on Monday (Picture: KOIN 6)

Rivas is accused of injuring six others (Picture: KOIN 6)

‘The witness indicated that he believed that Ms. Gerich was struck intentionally.’

Detectives were told by Rivas that he had seen a pedestrian on the sidewalk, ‘but claimed that he didn’t actually strike the pedestrian and that a different vehicle had struck the pedestrian’ after he had driven by, according to the affidavit.

Rivas allegedly also admitted hitting a cyclist with his Honda, but told officers the crash was an emergency maneuver he made to avoid a more serious collision with oncoming traffic’.

The court documents also outlined the terrifying ordeal experienced by those who survived their injuries.

Ray Chihak told how he was targeted by the driver. He said he and his friend had just finished a bike ride Monday afternoon and were standing outside his apartment when they spotted a Honda Element driving erratically. 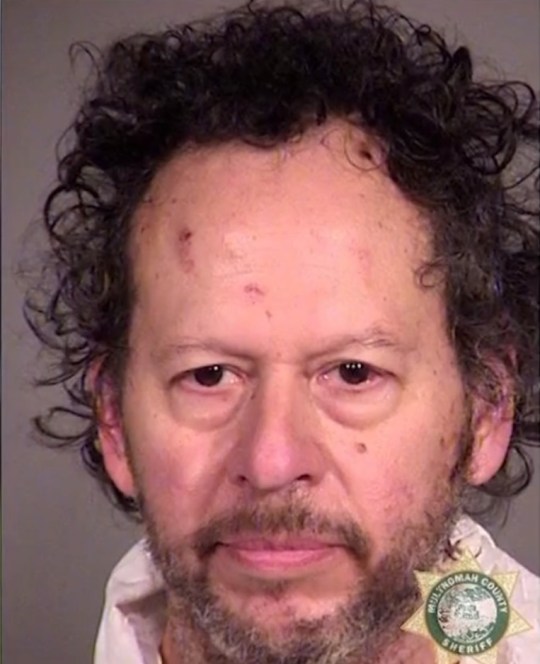 Chihak said the driver did a U-turn, then drove onto the sidewalk and accelerated, leading Chihak to think the driver was having a medical emergency or the vehicle was malfunctioning. But Chihak said he quickly realized the person behind the wheel intended to hurt them.

‘My friend managed to get out of the way, the car got me with the corner of the front bumper and kinda pinned me against the wall of my apartment, then we ended up parallel’, said Chihak.

He said he ended up on the ground and the suspect continued on before making a U-turn and coming back toward him.

‘I managed to kinda run up the stairs, the back stairs to my apartment to safety’, Chihak said. 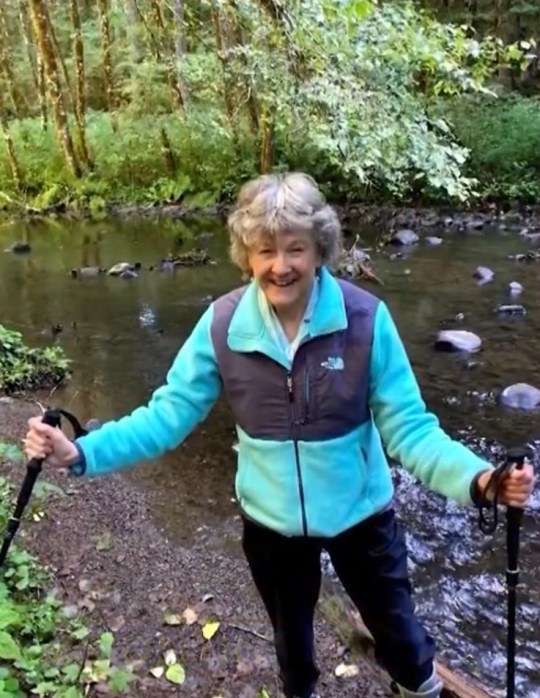 Now, two days after the experience, Chihak said he still hasn’t left his house. He said he was treated for minor injuries at a hospital.

Chihak lives across the street from where a makeshift memorial was created for Gerich.

Rivas pleaded not guilty to a total of 14 felony charges, including second-degree murder and six counts of second-degree assault, before a judge on Wednesday afternoon. He’s due back in court on February 4.

Love them or hate them, Ugg boots are back