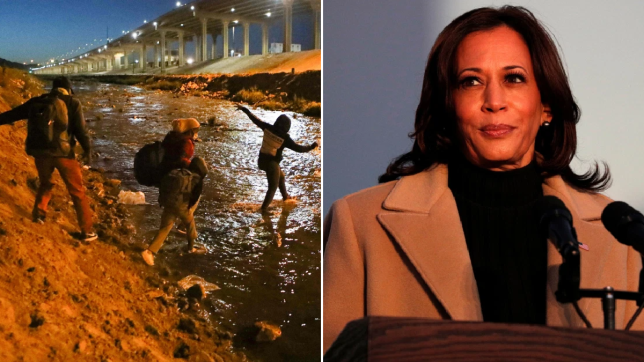 Kamala Harris, right, has been put in charge of controling a rise in the number of migrants trying to cross the US-Mexico border (Picture: Getty)

US Vice President Kamala Harris will travel to Guatemala and Mexico in a bid to tackle the ‘root causes’ of America’s current migrant crisis at the southern border.

Harris, 56, has said she has been put in charge of controling America’s border, which has been crossed by hundreds of thousands of asylum seekers in recent weeks. Huge numbers of Guatemalans and Mexicans have been traveling to the US border since President Joe Biden took office, hoping the new administration will allow them to seek refuge north of the border.

‘The president has asked Secretary (Alejandro) Mayorkas to address what is going on the border and he has been working very hard on that and is showing some progress because of his hard work’, said Harris at a Northern Triangle security round table on Wednesday.

She added: ‘I have been asked to lead the issue of dealing with root causes in the Northern Triangle, similar to what the then-vice president did many years ago. 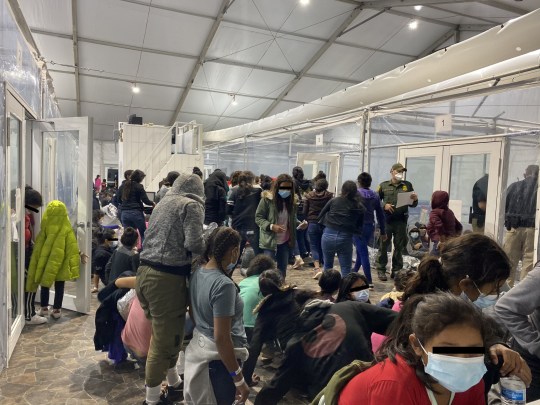 Migrants crowd a room with walls of plastic sheeting at the US Customs and Border Protection temporary processing center in Donna, Texas, US (Picture: Reuters) 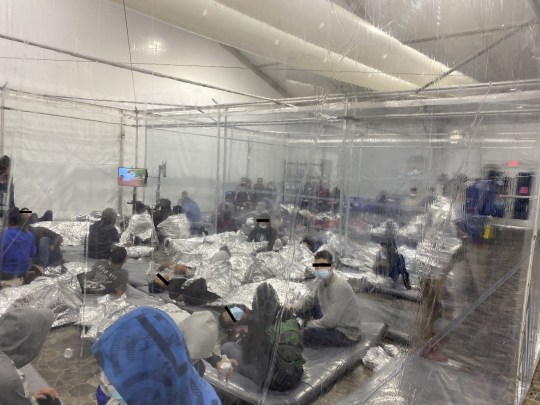 Migrants crowd a room with walls of plastic sheeting at the U.S. Customs and Border Protection temporary processing center in Donna, Texas, US (Picture: Reuters)

‘But I will tell you these are issues that aren’t going to be addressed overnight’.

Harris added that she and her team have ‘plans in the works to go to Guatemala as soon as possible’, later saying she would also be stopping in Mexico, reports Fox News.

The Biden administration has been criticized for its handling of a historic surge in migrants to the border, fueled by the administration’s more liberal policies around immigration.

The situation has intensified since January, when Biden reversed former President Donald Trump’s controversial so-called ‘remain in Mexico’ policy. The 2019 law came under fire for forcing people who are seeking asylum to sometimes live in dangerous migrant camps while their claims are processed in the US.

But Biden relaxed the terms of Trump’s Migrant Protection Protocols (MPP) and began allowing asylum seekers enrolled in the program to come to America and stay there while their claims are decided.

Photos taken at the US-Mexico border show huge numbers of asylum seekers gathering at the border, many of whom are reportedly being kept in migrant facilities in border states like Texas.

Harris is now the lead on what the White House describes as ‘root causes’ of the crisis, with Biden saying Harris had ‘agreed to lead our diplomatic effort and work with those nations to accept the returnees, and enhance migration enforcement at their borders – at their borders’. 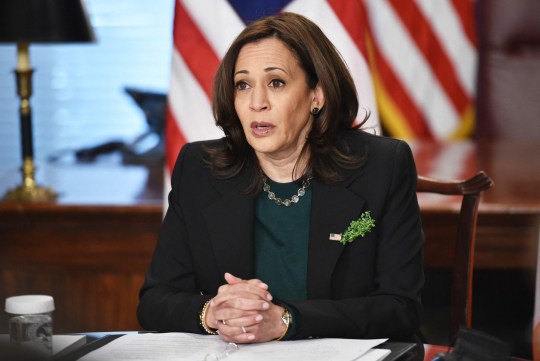 US Vice President Kamala Harris has made plans to travel to Mexico and Guatemala (Picture: Getty)

The White House added that Harris will be involved in ‘high-level diplomatic’ work, and not the border itself.

‘This is diplomatic work that ultimately, over the long term, will address the migration issues we’re seeing. It’s not an assignment to “handle the border”‘, White House communications director Kate Bedingfield told MSNBC.

‘What she’s doing is high-level diplomatic work that is incredibly important to our economic stability in the hemisphere’.

In March alone, US Border Patrol officials carried out more than 172,000 apprehensions at the US-Mexico border – the highest figure in at least 15 years and one that includes a record number of unaccompanied children.