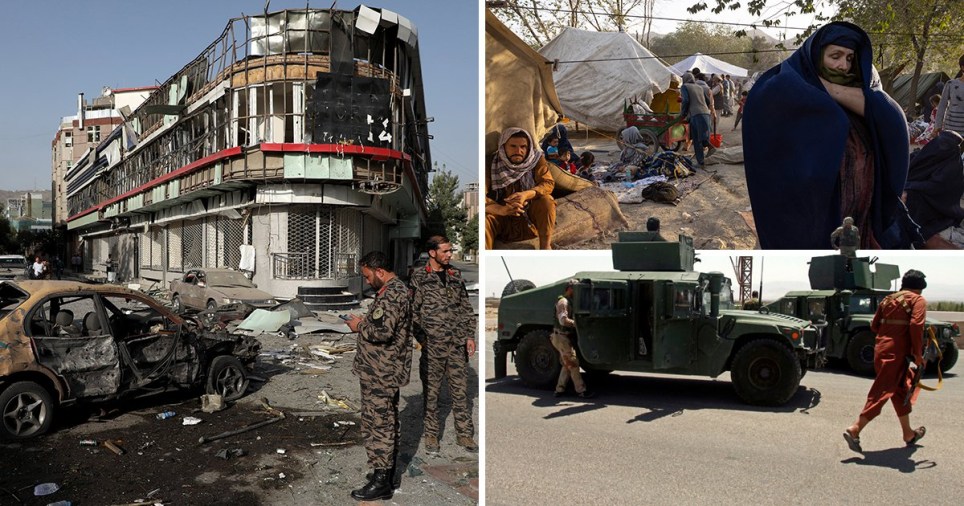 Taliban forces have made unchecked gains in Afghanistan over the last few weeks (Picture: AP/Reuters/Getty)

US Intelligence officials have warned that the Afghan capital of Kabul could fall to Taliban forces by next month – as its militants continue to make advances in the war-torn country.

The Taliban has now captured nine of Afghanistan’s 34 provincial capitals, almost all of which were breached following the vast withdrawal of US and NATO troops over the last few weeks.

The fall of the capitals of Badakhshan and Baghlan provinces to the northeast, and the Farah province to the west, has put yet more pressure on the country’s central government to put an end to the Taliban’s advance.

Afghanistan’s own security force far outnumbers the Taliban and is expected to defend itself following 20 years of involvement from US and NATO forces. 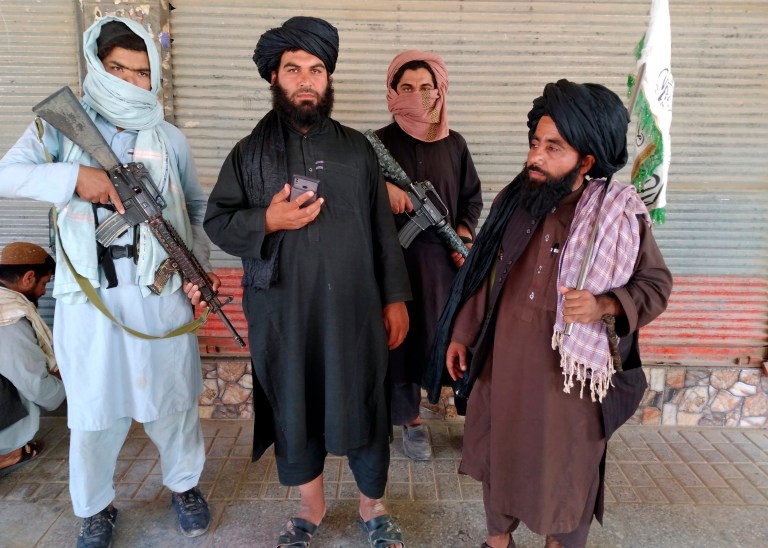 Taliban fighters patrol inside the city of Farah, the capital of Farah province in southwest of Kabul, Afghanistan, on Wednesday August 11 (Picture: AP)

But as Joe Biden and UK president Boris Johnson continues with the joint withdrawal of troops from the region, due for completion next month, stability in Afghanistan has rapidly eroded.

The Washington Post reports that the White House is bracing itself for Kabul to fall to the Taliban within the next 30 to 90 days.

Initial intelligence estimates by US security forces had previously predicted the fall of Kabul to Taliban forces at six to 12 months following the departure of the US military – a timescale that has been rapidly reduced.

Despite the concerns, speaking at the White House on Tuesday Joe Biden said he doesn’t regret ordering US troops to withdraw.

He said: ‘Look, we spent over a trillion dollars over 20 years. We trained and equipped, with modern equipment, over 300,000 Afghan forces.

‘And Afghan leaders have to come together.

Tens of thousands of people have fled their homes in northern Afghanistan to escape the violence that has overwhelmed their towns and villages.

Many families have headed to the capital, Kabul, and are now living in parks and streets with little food or water. 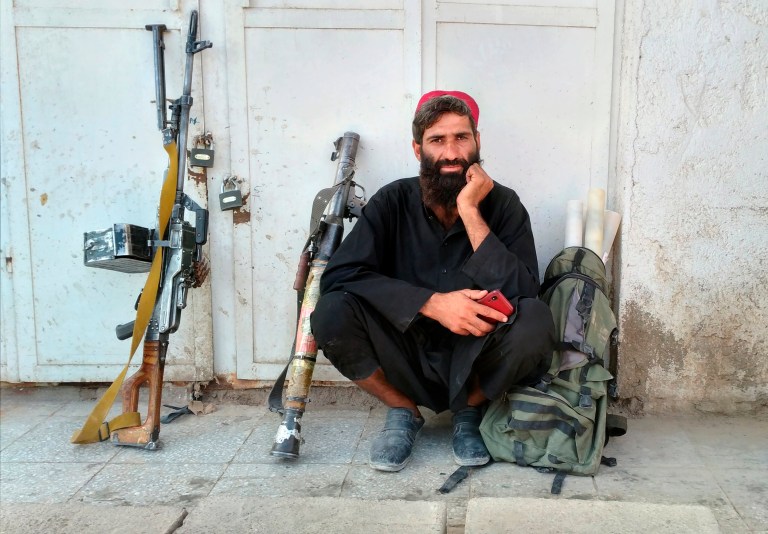 A Taliban fighter is seen inside the city of Farah, a region recently captured by the militants (Picture: AP) 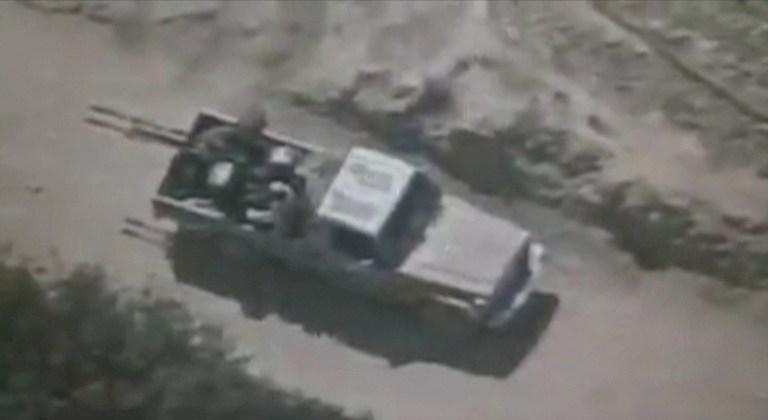 People believed to be Taliban militants are seen on a pickup truck with a gun in Afghanistan (Picture: Reuters)

At least 60,000 people, more than half of them children, have fled their homes in Kunduz alone since the weekend, Save the Children said

‘We are evaluating the threat environment on a daily basis.’

‘Everything is moving in the wrong direction’, another source told the Washington Post.

The situation in Afghanistan has deteriorated to the point where the US Embassy in Kabul is questioning the White House to see how long it should remain open.

A Pentagon official told the Post that military advisors are already bracing themselves for an evacuation of US ambassadors and diplomats upon the inevitable fall of Kabul.

‘We are mindful of deteriorating security conditions in parts of the country, but no particular outcome is inevitable’, said John Kirby, the Pentagon’s chief spokesman.

He added ‘We will continue to coordinate airstrikes with, and in support of, Afghan forces when and where feasible. But as the president made clear, Afghan leaders have to come together.’ 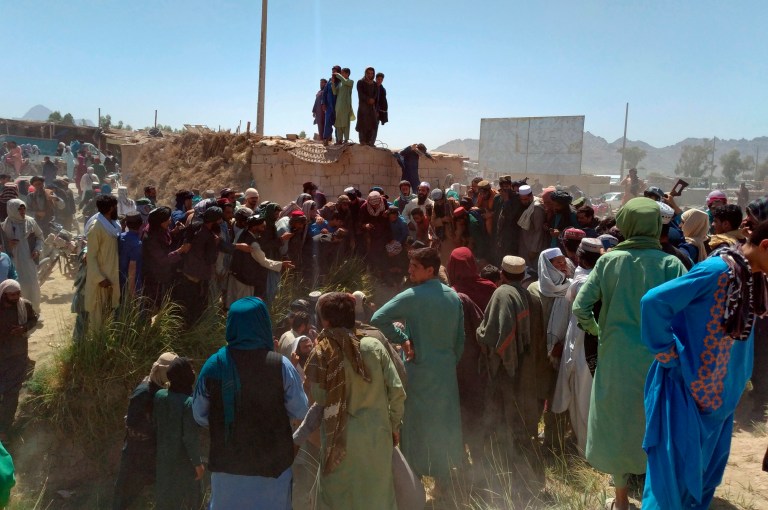 Taliban fighters and Afghans gather around the body of a member of the security forces who was killed inside the city of Farah, southwest Afghanistan, on Wednesday, August 11 (Picture: AP) 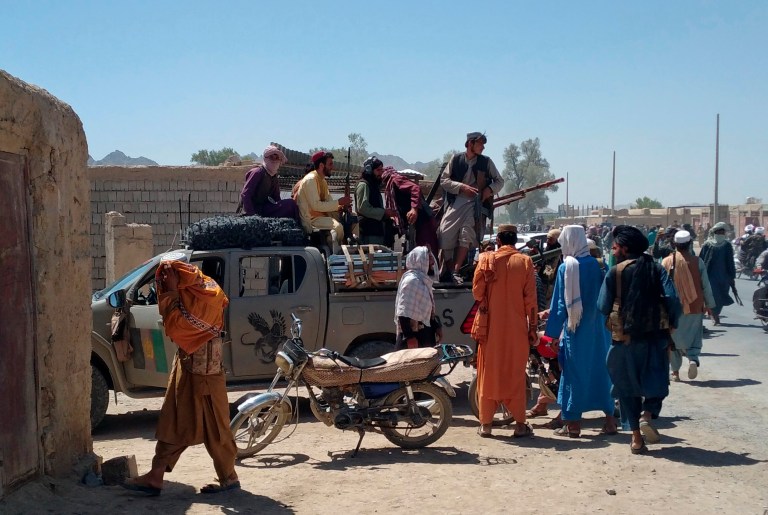 Taliban fighters are beginning to make a number of gains in regions across Afghanistan (Picture: AP)

As the August 31 end date nears for the full removal of US forces, White House press secretary Jen Psaki says that the responsibility to defend the capital and country is now with Afghan’s own defense forces and leaders.

‘The president continues to believe that it is not inevitable that the Taliban takes over Kabul or the country, and that they need to show political will at this point to push back, and obviously there’s a political process that we continue to support’, Psaki said.

‘He asked for a clear assessment for review from his team on what the possible implications could be.

‘He asked them not to sugarcoat that, he asked them to lay out specifically and clearly what the consequences could be.’