A juvenile has been arrested in connection to the death of a 10-year-old girl in Wisconsin (Pictures: AP / Chippewa Falls Police Department)

Wisconsin police have arrested a juvenile suspect in connection with the death of 10-year-old Iliana ‘Lily’ Peters, whose body was found in a wooded area a day after she was reported missing.

Chippewa Falls Police Chief Matthew Kelm said the suspect and Lily knew each other, and that there was no present threat to the public following their arrest, according to a press conference.

‘While nothing will bring Lily Peters back or change what happened, we are very grateful to be able to deliver this news for the family and for the community,’ Kelm said.

The chief did not release the name, age or gender of the suspect, who is now in custody. He also did not share how they knew Lily or whether charges have been filed. 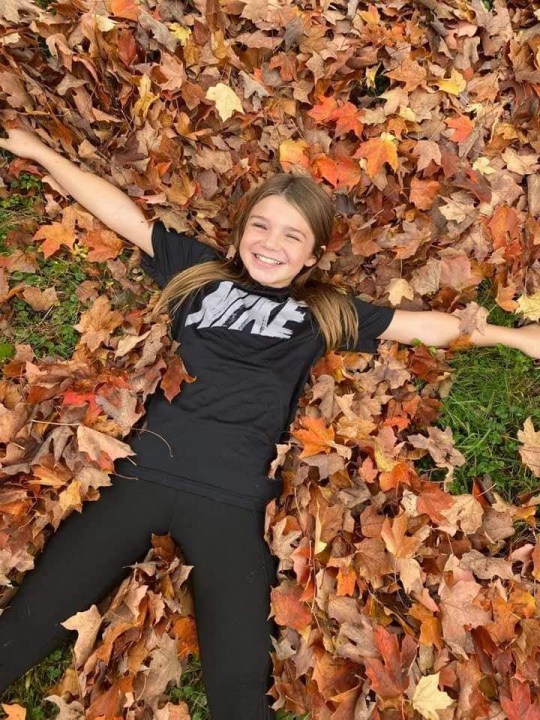 The news of the arrest came a day after Lily’s body was found in the woods not far from her aunt’s house, prompting police to launch a homicide investigation.

When Lily failed to return home from visiting her aunt’s house over the weekend, her father called the police, the Chippewa Falls Police Department said in a statement Monday.

As officers began their search for the missing 10-year-old, they discovered a bicycle in a wooded area by a walking trail close to her aunt’s house and a local Brewery parking lot.

Later that night, around 9pm, police found her body in the woods near the walking trail. The Chippewa County Coroner’s Office confirmed the remains were Lily’s. 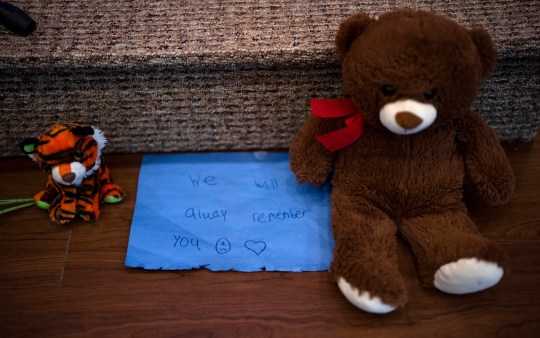 Stuffed animals are left at the altar during a prayer vigil for 10-year-old Iliana ‘Lily’ Peters at Valley Vineyard Church in Chippewa Falls (Picture: AP)

Lily had last been seen by family members Sunday evening, and was supposed to be headed home when she disappeared. K9 teams were called to search the area Sunday night and a drone was used to look through the wooded area.

Her missing persons case was altered to an active homicide investigation on Monday morning.

According to a statement from the Chippewa Police Department, Lily was a fourth-grade student at Parkview Elementary School.

During Monday’s news conference, the police chief said tips received from the community were ‘critical’ in solving the case. Police received over 200 tips in a matter of days.

Michael Houle, a senior pastor at Valley Vineyard Church in Chippewa Falls, where Lily’s relatives are members, has opened the church’s doors to the community.

‘Our mission is to reach out to our community in a positive way and to be a light in Chippewa Falls during this difficult time,’ he told CNN. ‘We live in a very generous town. Our community is coming together to meet the needs of family, community members, schools, and first responders This is just the start and will be an ongoing process over the next weeks.’

Six products you should always buy at B&M