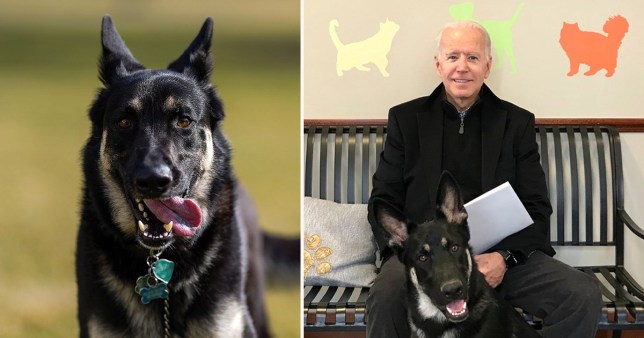 Major Biden is the first rescue dog to live in the White House (Picture: EPA/AP)

The US president’s two German Shepherds have reportedly been sent away from the White House after one of them bit someone.

His three-year-old dog Major, who was adopted from a rescue shelter in 2018, is said to have become aggressive to a member of security.

He was returned to the family home in Delaware along with the Biden’s other dog Champ, who is older.

Major has become agitated in the past, sources told CNN, saying he had jumped, barked and ‘charged’ at staff and security previously.

First Lady Jill Biden told the Kelly Clarkson show last month: ‘I’ve been getting obsessed with getting our dogs settled because we have an old dog and we have a very young dog.

‘They have to take the elevator – they’re not used to that – and they have to go out on the South Lawn with lots of people watching them.’ 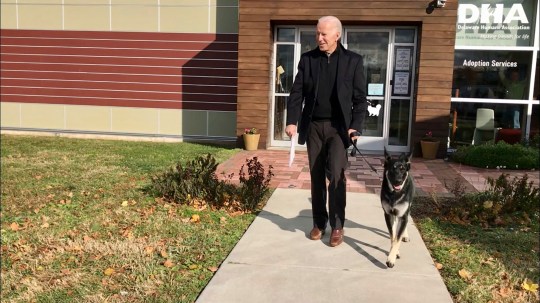 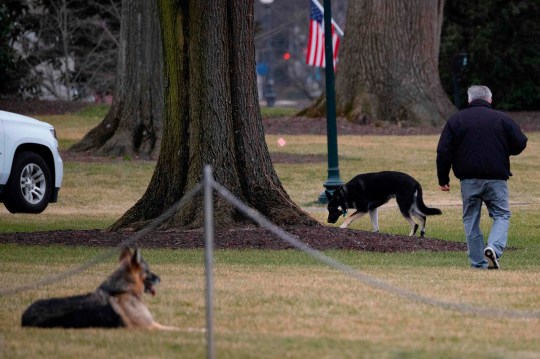 The First Dogs on the South Lawn of the White House (Picture: Getty)

She added that the dogs were not allowed on the furniture but Major had been caught on a sofa, adding: ‘They run all over’.

Another source confirmed to CNN that the dogs had left Washington DC, but said that this wasn’t unusual as they had been known to go back to Delaware when their owners were too busy.

The dogs featured in Biden’s inauguration campaign, and have a popular fan account dedicated to them on Twitter.

Major is the first rescue dog to live in the White House, while Champ was adopted as a puppy.,

Biden told People: ‘We trained them from the beginning,’ Biden said. ‘Champ is old, he’s 14 years old and he was extremely well-trained by the Canine Corps and he thinks he’s Secret Service, but Major, who is a big, little dog, is about a year-and-half-old and the only rule Jill has and he follows it: do not get up on the furniture.’

Previous president Donald Trump said he did not have a dog as it would look ‘phony’ to walk it on the White House lawn.