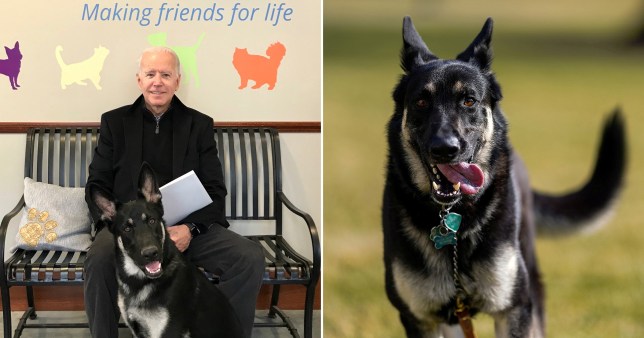 The younger of the president’s dogs ‘nipped someone on a walk’ on Monday (Picture: White House / AP)

Joe Biden’s dog Major has bitten another person at the White House after the first less than a month ago.

The younger of the president’s dogs ‘nipped someone on a walk’ on Monday, according to Michael LaRosa, press secretary to first lady Jill Biden.

He said Major, a three-year-old rescue dog, ‘is still adjusting to his new surroundings’.

The person was seen by the White House Medical Unit ‘out of an abundance of caution’ and returned to work without injury, Mr LaRosa added.

Reporters had seen the dog on a walk around the White House South Lawn, before the president and first lady travelled to the Vietnam Veterans Memorial early on Monday evening.

It comes after Major was sent away from the White House earlier in the month, after causing a minor injury to an employee of the US Secret Service on March 8.

He and the president’s other dog, 12-year-old Champ, spent time at the family home in Delaware.

They were said to have received training to help them adjust to life at the 18-acre complex in Washington, which sees the dogs and their owners surrounded by aides and security officers. 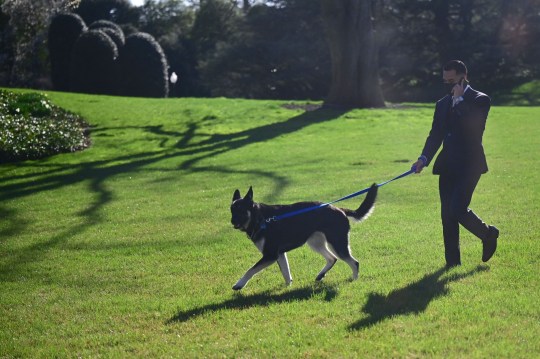 An aide walks Major on the South Lawn of the White House in Washington on Monday (Picture: AFP via Getty Images) 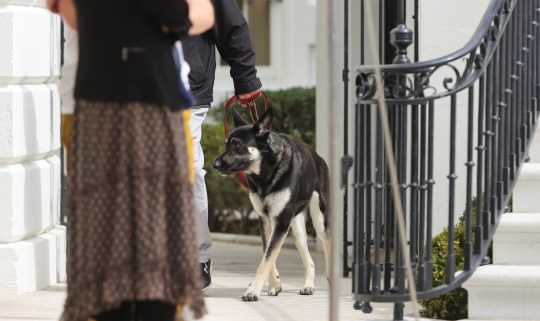 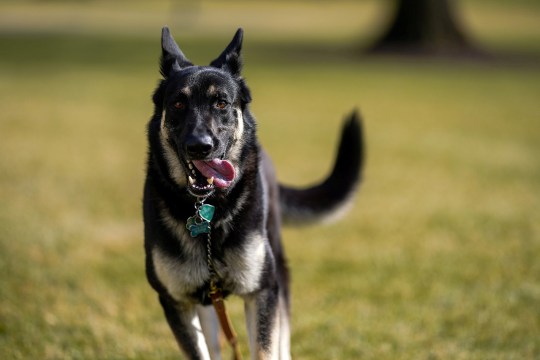 Major pictured after arriving at the White House at the start of Mr Biden’s presidency in January (Picture: Adam Schultz / White House) 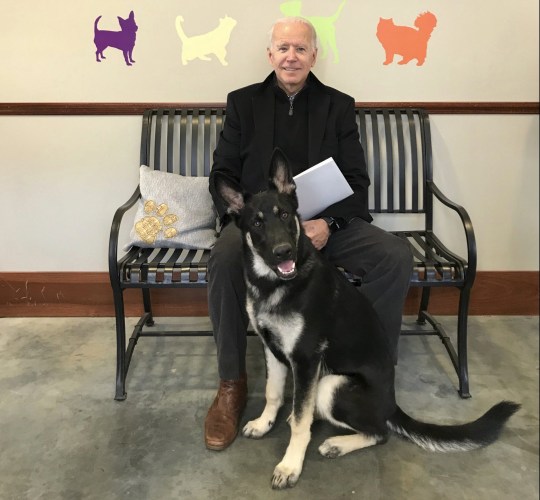 After the first instance of biting, the president said Major was ‘a sweet dog’.

In an interview with ABC News, he said the dog had ‘turned a corner, there’s two people he doesn’t know at all, you know, and they move and moves to protect’.

Mr Biden added at the time that ‘85% of the people there love him’.

Sources told CNN that Major has become agitated in the past, and has previously jumped, barked and ‘charged’ at staff and security.

Mrs Biden previously told the Kelly Clarkson Show: ‘I’ve been getting obsessed with getting our dogs settled because we have an old dog and we have a very young dog.

‘They have to take the elevator – they’re not used to that – and they have to go out on the South Lawn with lots of people watching them.’

She added the dogs were not allowed on the furniture but Major had been caught on a sofa, adding: ‘They run all over’.

Major is the first rescue dog to live in the White House, while Champ was adopted as a puppy. The family also reportedly plan to get a cat.

Mr Biden also told People: ‘We trained them from the beginning.

‘Champ is old, he’s 14 years old and he was extremely well-trained by the Canine Corps and he thinks he’s Secret Service, but Major, who is a big, little dog, is about a year-and-half-old and the only rule Jill has and he follows it: do not get up on the furniture.’

Former president Donald Trump said he did not have a dog as it would look ‘phony’ to walk it on the White House lawn.