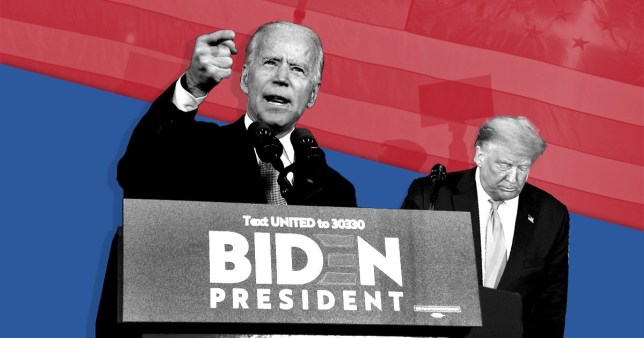 According to one poll, 63% of American voters say they approve of Joe Biden’s performance (Picture: Rex/Reuters)

Joe Biden’s approval rating is already higher than Donald Trump ever achieved during his four years as president.

After just a handful of days in office, 56% of American voters say they approve of the president’s performance, according to a Morning Consult poll.

The former president’s high point in his time at the White House came in March 2017, when his approval rating hit 52%.

A second poll by Hill-HarrisX released on the same day put Biden’s approval rating even higher at 63%.

Biden began his presidency by rolling back some of Trump’s most controversial policies.

The new president signed an executive order lifting a ban on transgender men and women serving in the US military.

He also overturned the so-called ‘Muslim ban’ on travellers from Muslim-majority countries, and rejoined the World Health Organisation and 2015 Paris Accord on climate change, after Trump pulled the US out of both.

The swift action appears to have strengthened his standing with the Democrats, with 91% approving of his performance, according to the Morning Consult poll.

This is eight points higher than Trump’s approval rating (83%) among Republican voters at the same stage of his presidency.

Both polls provide a snapshot of Biden’s presidency which starts in the middle of a pandemic, with the president himself predicting the worst is yet to come.