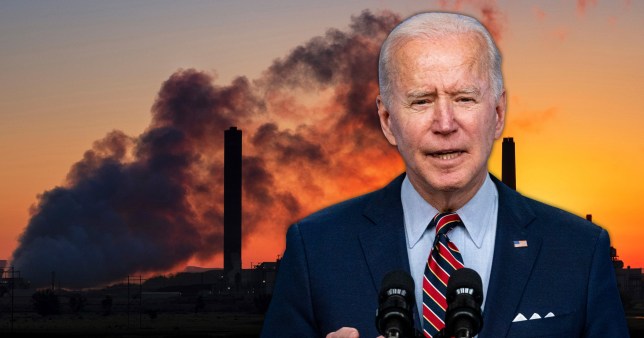 US president Joe Biden has vowed to slash America’s greenhouse gas emission in half by 2030 in an ambitious attempt by the White House to combat climate change.

The target is more than doubles the country’s previous pledge under the 2015 Paris climate agreement, when Barack Obama committed to cutting emissions by a 26% by 2025. If the US meets its goal in nine years time, the country’s emissions will be 50-52% below 2005 levels by the end of this decade.

In a statement, secretary of state Antony Blinken said: ‘The Biden-Harris administration will do more than any in history to meet our climate crisis.

‘This is already an all-hands-on-deck effort across our government and across our nation. Our future depends on the choices we make today.’

Ahead of today’s summit, the UK has already committed to slashing emissions by 78% by 2035. China, the world’s biggest emitter, has vowed to reach peak emissions by 2030 and be carbon neutral by 2060.

The summit is a chance for the US, and Joe Biden, to lead global efforts on climate after the Trump administration left the Paris accord, and pause all federal efforts to reduce domestic emissions. 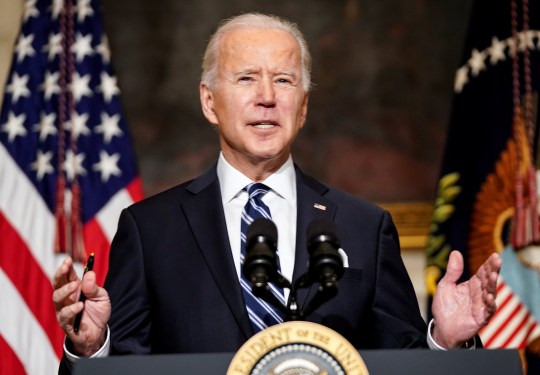 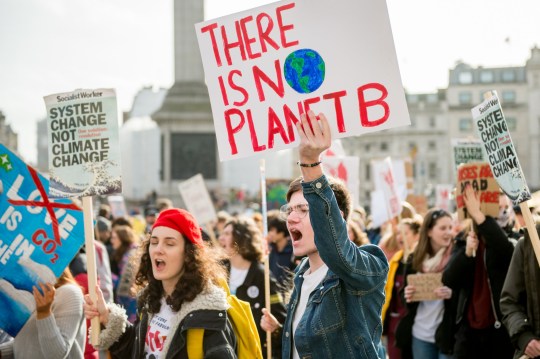 Since becoming president, however, Biden has already reinstated US membership of the Paris climate accord and halted oil and gas drilling leases on federal land.

The president’s pledge also progresses his campaign promise to decarbonize the country’s energy sector by 2030 and put the country on a path to net-zero emissions by 2050.

So far the democrat has proposed a $2 trillion infrastructure package that would support a tricky transition away from fossil fuels and toward clean energy. If passed, the raft of new laws would be one of the largest federal efforts ever to reduce emissions.

The White House has yet to outline exactly how the US hopes to achieve its goal of cutting emissions in half, but more details are expected to emerge in the coming days.

Anne Kelly, vice president of government relations said in a statement: ‘A strong national emissions reduction target is just what we need to catalyze a net-zero emissions future and build back a more equitable and inclusive economy.’

In order to achieve a net-zero economy by 2050, the US must curb emissions between 57% and 63% in the next decade, according to an independent group, Climate Action Tracker, that analyzes the government’s work on climate change. 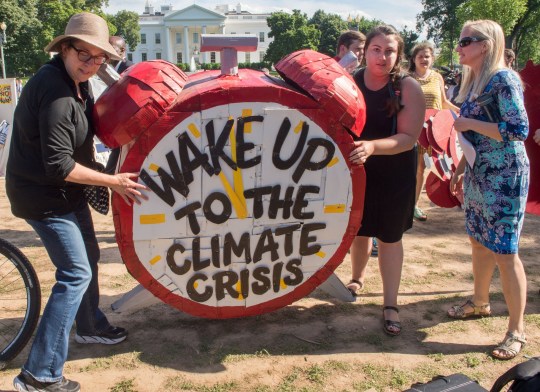 Protesters hold up signs during a demonstration in front of the White House in Washington, DC on June 1, 2017, objecting to US President Donald Trump’s decision to withdraw from the Paris Climate accord (Picture: AFP/Getty)

While America’s coal power generation has fallen 43% since 2015, it is still the third most coal-dependent nation. This means that in 2020, 60% of the country’s electricity still came from fossil fuels.

Currently, however, temperatures are set to rise by 1.5 degrees Celsius, or 2.7 degrees Fahrenheit, in the next two decades.