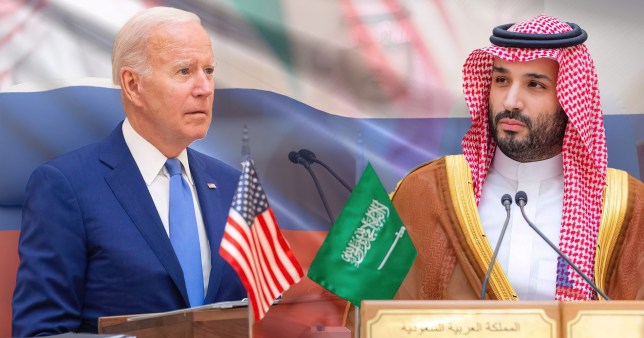 President Joe Biden (left) is set to re-evaluate the relationship with Saudi Arabia relationship after the kingdom teamed up with Russia to cut oil production by 2million barrels per day (Picture: Getty Images)

President Joe Biden is re-evaluating the US’s relationship with Saudi Arabia after the kingdom worked with Russia to dramatically slash oil production.

OPEC’s decision last Wednesday was a rebuke to Biden and could drive gas prices up worldwide just before the US midterm elections. Democrats have proposed pulling security cooperation with the Saudis.

Asked about the matter by CNN’s New Day co-anchor Brianna Keilar, Kirby said: ‘I think the president’s been very clear that this is a relationship that we need to continue to re-evaluate, that we need to be willing to revisit.’

White House’s John Kirby tells @brikeilarcnn “the timeline is now” for working with Congress to re-evaluate the US-Saudi relationship. “I think [President Biden] is going to be willing to start to have those conversations right away.” pic.twitter.com/oOvqSwZj4d

‘And certainly in light of the OPEC decision, I think that’s where he is,’ Kirby said from the White House on Tuesday morning. ‘And he’s willing to work with Congress to think through what that relationship ought to look like going forward.’

Kirby said he did not have any announcements around the issue, but that Biden is ‘obviously disappointed by the OPEC decision and is going to be willing to work with Congress as we think about what the right relationship with Saudi Arabia needs to be going forward’.

‘I think the timeline is now and I think he’s going to be willing to start to have those conversations right away,’ Kirby said. 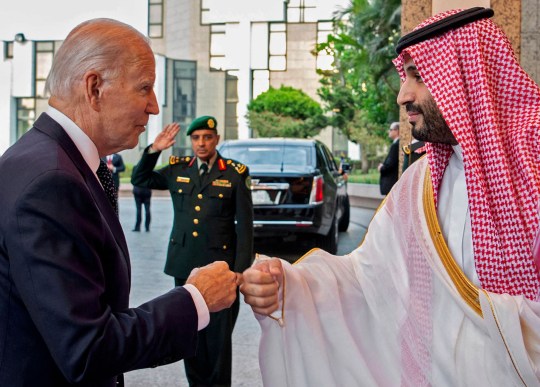 ‘I don’t think this is anything that’s going to have to wait or should wait quite frankly for much longer.

‘You mentioned the winter coming and clearly that’s a factor here but more importantly for the president, it’s really about our own national security, our national security interests and those of the American people and that’s what he’s going to put foremost.’

‘I also must speak out against the government of Saudi Arabia’s recent decision to help underwrite Putin’s war through the OPEC+ cartel,’ stated Menendez on Monday. 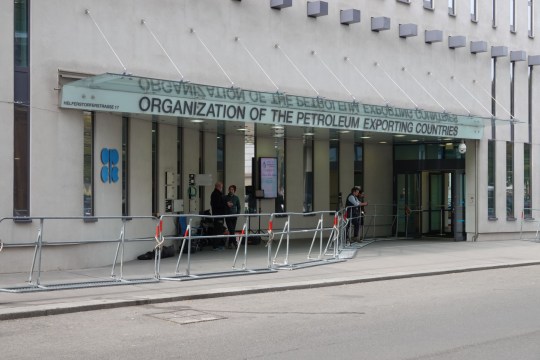 The Organization of the Petroleum Exporting Countries (OPEC) and its allies, a group known as OPEC+, last Wednesday announced a major production cut of 2million barrels per day starting November to bolster oil prices that have recently tumbled over recession fears (Picture: Shutterstock)

‘There simply is no room to play both sides of this conflict – either you support the rest of the free world in trying to stop a war criminal from violently wiping off an entire country off of the map, or you support him.

‘The Kingdom of Saudi Arabia chose the latter in a terrible decision driven by economic self-interest.’

Menendez, who is chairman of the Senate Foreign Relations Committee, said that ‘the United States must immediately freeze all aspects of our cooperation with Saudi Arabia’.