President Joe Biden said that Isis’ top leader killed in a counterterrorism raid in Syria ‘chose to blow himself up’ rather than ‘face justice’ in a ‘final act of desperate cowardice’.

Speaking from the White House on Thursday morning, Biden said that Abu Ibrahim al-Hashimi al-Qurayshi, killed the night before, surrounded himself with family and children as US forces carried out the operation.

‘As our troops approached to capture the terrorist, in a final act of desperate cowardice, with no regard to the lives of his own family or others the building, he chose to blow himself up,’ Biden said.

‘Not just at the vest but to blow up that third floor, rather than face justice for the crimes he has committed, taking several members of his family with him just as his predecessor did.’

Sorry, the video was not found

Al-Qurayshi set off an explosion that killed himself, his wife and children, and blew bodies outside of a home in a residential area, according to a senior administration official. At least 13 people died in the raid that is believed to be the largest since a 2019 operation in Idlib that targeted the previous leader.

Biden said that the US decided to carry out a ‘special forces raid at greater risk to our own people’ rather than an airstrike. He said he directed the Department of Defense to ‘take every precaution possible to minimize civilian casualties’.

The team is still compiling a full report on the operation.

Biden in statement earlier on Thursday confirmed that al-Qurayshi was killed in the military operation Wednesday night. 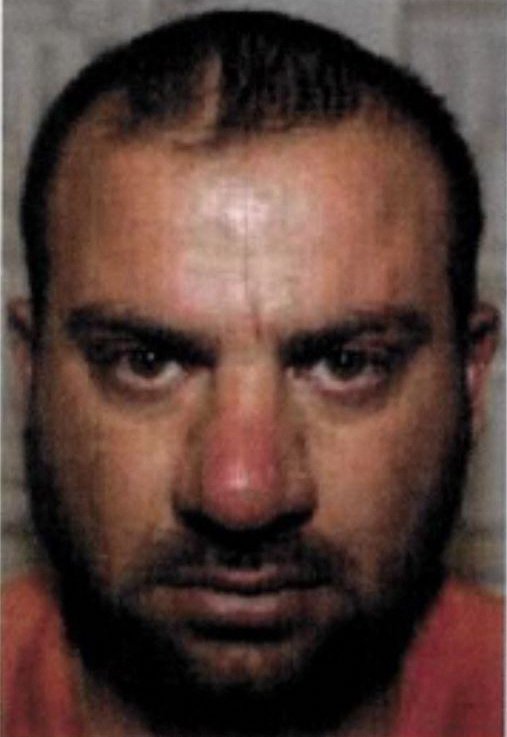 President Joe Biden said that Isis leader Abu Ibrahim al-Hashimi al-Quraysh blew himself up, as well as family members around him (Picture: AFP)

He stated: ‘Last night at my direction, US military forces in the northwest Syria successfully undertook a counterterrorism operation to protect the American people and our Allies, and make the world a safer place.

‘Thanks to the skill and bravery of our Armed Forces, we have taken off the battlefield Abu Ibrahim al-Hashimi al-Qurayshi—the leader of ISIS.

‘All Americans have returned safely from the operation.’

Al-Qurayshi detonated a bomb that killed himself and reportedly six children and four women. 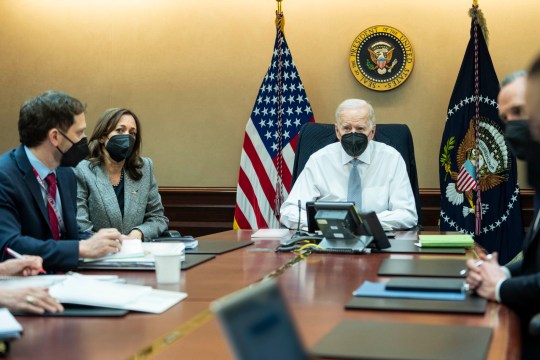 Biden appeared in a situation room photo shared by the White House observing the counterterrorism operation along with Vice President Kamala Harris and members of his national security team. The president monitored developments in the raid in real-time on Wednesday night, after giving the green light for the operation on Tuesday morning.

Al-Qurayshi became leader of the terrorist group after Abu Bakr al-Baghdadi was killed in October 2019. Al-Qurayshi rose in the ranks first by joining former Iraqi President Saddam Hussein’s Ba’athist army as an officer through 2003.

When a US invasion caused the Hussein regime to collapse, al-Quareshi joined Al Qaeda and became a senior figure and a Sharia jurist. He has been linked to the murder, rapes and enslavement of a religious minority group in Iraq, the Yazidis, that the United Nations has called a genocide.

Al-Qurayshi led recent efforts to rebuild Isis. After conquering swathes of Iraq and Syria in 2015, the group is leaderless and underground.

‘Last night’s operation took a major terrorist threat off the battlefield and has sent a strong message to terrorists around the world: we will come after you and find you,’ Biden said.

‘Once again today, we continue our unceasing effort to keep the American people safe and strengthen the security of our allies and partners around the world.’