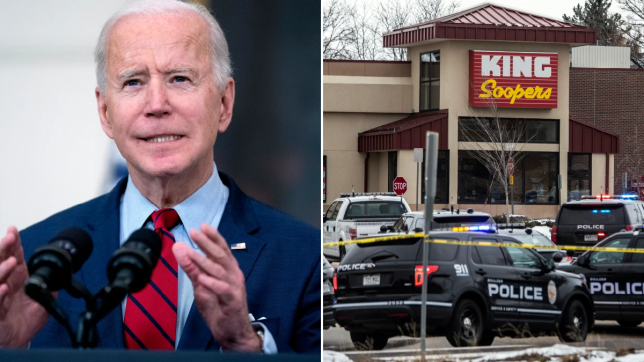 President Joe Biden has called for a fresh ban on assault weapons after Monday’s massacre at a King Soopers supermarket in Boulder, Colorado, that killed 10 (Pictures: AP)

Joe Biden has vowed to ban assault weapons for a second time in the wake of another mass gun murder in the US that saw 10 killed at a supermarket. The President of the United States said Tuesday: ‘I don’t need to wait another minute, let alone an hour, to take common-sense steps that will save lives in the future.

‘And to urge my colleagues in the House and Senate to act. We can ban assault weapons and high-capacity magazines in this country once again.’

Biden said he and wife Jill were shaken by the massacre at a King Soopers supermarket in Boulder, Colorado, on Monday hours after Ahmad Al Issa, 21, was named as the suspect. He ordered the Stars and Stripes flown at half-mast over the White House to commemorate the victims.

The president said: ‘Ten lives have been lost, and more families have been shattered by gun violence in the state of Colorado. Jill and I are devastated.’ The president WAS REFERRING to the 1994 ban he helped secure on assault weapons and high-capacity magazines while serving as Senator for Delaware. 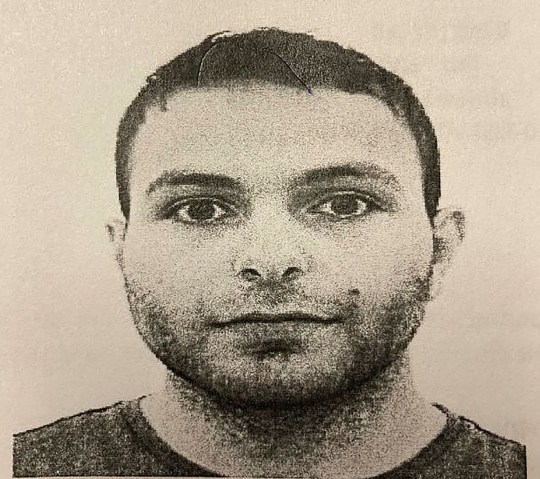 Suspect Ahmad Al Issa has been charged with 10 counts of first-degree murder over the shooting (Picture: AP)

President George W Bush let that ban expire while he was in office in 2004, with subsequent efforts to reinstate it ultimately proving unsuccessful. Calling on the legislation to be revived, the president said: ‘That’s one of the best tools we have right now to prevent gun violence.

‘The United States Senate — I hope some are listening — should immediately pass the two House-passed bills which close loopholes in the background check system.”

‘This is not and should not be a partisan issue. This is an American issue. It will save lives …We should also ban assault weapons in the process.’

Last week, Biden shared his disgust after eight people were killed at shootings at three massage parlors in Atlanta, Georgia. 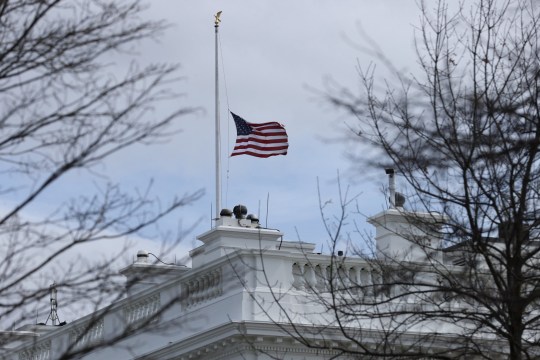 The US flag above the White House was flown at half-mast in tribute to the victims of Monday’s shooting (Picture: AP)

Robert Aaron Long, 21, was later arrested for the murders. He claimed to be a sex addict, and said he had carried out the massacres to ‘eliminate temptation,’ it is alleged.

Alleged Colorado shooter Al Issa has been charged with 10 counts of first-degree murder, and will be booked into Boulder County Jail on Tuesday.

No motive has been given, but Al Issa’s brother Ali told The Daily Beast that the alleged shooter was anti-social and suffered from paranoid delusions.

Those killed included 51 year-old Eric Talley – a father of seven, and the first cop on the scene.

Biden paid tribute to Talley’s heroism on Tuesday, saying: ‘When he pinned on that badge yesterday morning he didn’t know what the day would bring…But when the moment to act came, officer Talley did not hesitate.’

Another victim was gunned down while waiting for a Covid vaccine, with the supermarket being used to help administer the shots.

Kourtney Kardashian Gives Travis Barker an ‘I Love You’ Note