For many people, Daniel Craig climbing out of the sea in his swimming trunks is a turn-on; for me, it’s Daniel Craig talking about financial responsibility.

“Isn’t there an old adage that if you die a rich person, you’ve failed?” the Bond star told Candis magazine, adding: “I don’t want to leave great sums to the next generation.” He says that his philosophy is to get rid of his fortune before he dies. In the same week that this interview emerged, Craig topped Variety’s list of movie star salaries, reportedly earning $100m following the sale of two sequels to the highly enjoyable mystery Knives Out, which leaves a lot of giving away to do.

Of course “great sums” is subjective and I’m sure his children will not be scrabbling down the back of the sofa for loose change to put in the electricity meter, but you only need glance at the offspring of the rich and/or famous to see that it is hard to emerge unscathed from the promise of gaining a vast fortune without having to do anything at all to earn it.

Also, I have seen Succession and, while I know it is not a documentary, when eldest son Connor Roy says he is “on the verge of setting up a podcast on Napoleonic history” from his ranch in New Mexico, I felt a pang of recognition for real-life iterations of that kind of folly.

While the prospect of deciding what to do with scores of millions is not a common dilemma, inheritance on a more typical scale is becoming more of an issue. Over the course of my adult life, as housing has become more and more unaffordable, I have noticed a great gap widening between friends whose families could help them with a deposit to buy a property, for example, and those whose families could not. With the odd exception, that meant property ownership, relatively easy for the former, was pretty much out of the question for the latter. And now that gap will widen as it continues on to the next generation and the next.

Craig is not talking about that kind of inheritance. He is in the realm of unimaginable wealth, looking at the sorts of numbers that swim out of focus before you can grasp an idea of what they actually mean. Recognising that it would be distasteful to cling on to his fortune makes me think he’s setting himself up to be one of the decent ones, a Dolly Parton, who gives millions of books to children and funds scientific research, rather than a Jeff Bezos, who builds himself a big old rocket and whizzes around in space.

For Lizzo, social media is both a saviour and a torment

Lizzo: ‘I chose to be great.’ Photograph: Kevin Mazur/Getty Images for JBL

During an emotional Instagram live broadcast last Monday, Lizzo addressed the hateful comments that have been aimed at her in the aftermath of the release of Rumours, her single with Cardi B. “It’s fatphobic and it’s racist and it’s hurtful,” she said on the stream, through tears. She said that not liking the song was fine, “but a lot of people don’t like me because of the way I look”. Facebook and Instagram later confirmed to the Hollywood Reporter that they had removed comments on Lizzo’s accounts that broke their rules against hate speech and harassment.

It is a miserable indictment of modern fame. The documentary When Ruby Wax Met… begins on BBC2 tonight and looks back at Wax’s interviews with extremely famous people in the 90s and early 00s, offering a clear perspective on how different fame was back then. Wax encountered big stars who had certainly faced public scrutiny, from Goldie Hawn to Pamela Anderson, but I couldn’t help wondering if they would have made it through at all if they faced today’s rolling commentary on their lives, bodies, faces and choices, in real time and directly to their faces.

Archie Yates: just how home alone will he be? 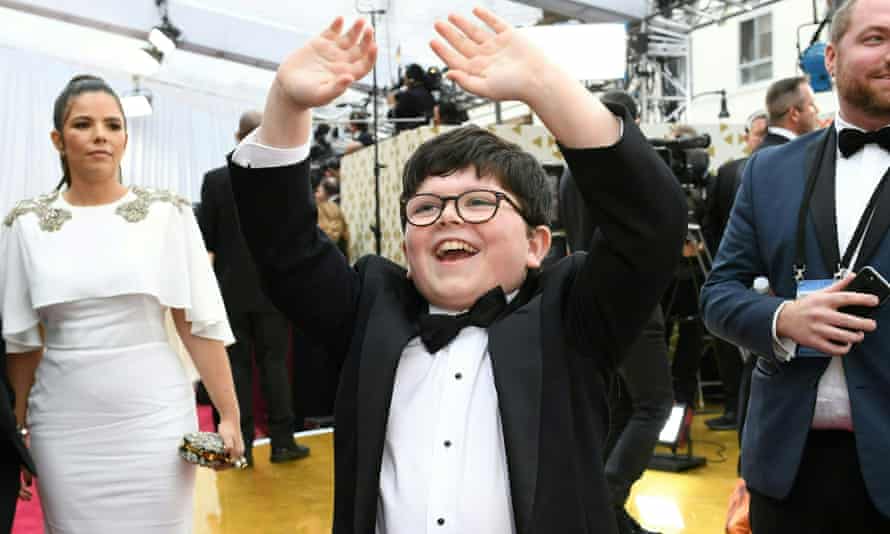 Disney has announced a November release for its reboot of Home Alone, called Home Sweet Home Alone, which means it will arrive in time for Christmas; nothing says festive cheer like an abandoned child locked in a violent battle with predatory criminals.

Despite a growing backlash against reboots, I am quietly optimistic about this one. The cast, led by Jojo Rabbit star Archie Yates but also featuring Ellie Kemper, Rob Delaney and Aisling Bea, is solid and the director Dan Mazer has excellent comedy credentials and has had a long working history with Sacha Baron Cohen.

I have spent a shameful amount of time reading forums dedicated to discussing the primary problem with the first film – whether Kevin McAllister (Macaulay Culkin) could have avoided all the trouble by simply calling the police, or whether the phone lines were down because of the storm, and, if so, how did he order pizza, and the row goes on. I wonder how much technology will affect this new one. Smartphones, smart TVs, Alexa, Nest will make being truly cut off difficult for Yates’s character. Mind you, my broadband is about as reliable as dial-up, so at least the internet going down would be believable.

Rebecca Nicholson is an Observer columnist