Mark Kobylinski recorded a tornado approaching his New Jersey home as he fled to the basement with his dog (Pictures: Facebook Mark Kobylinski)

A New Jersey man recorded a tornado conjured from the remnants of Hurricane Ida approaching his home, as he and his dog barely took cover in his basement. They emerged fortunately unharmed – but his house was wrecked.

Mark Kobylinski, 51, was home alone with his dog in Mullica Hill last Wednesday when a funnel cloud formed in the distance and extreme winds blew through his backyard.

In his nearly four-minute-long video, Kobylinski struggles to shut his back door and says, ‘sounds like a freight train’, referring to the tornado. He opens the door again to see gray clouds and adds, ‘yup, this is it’. 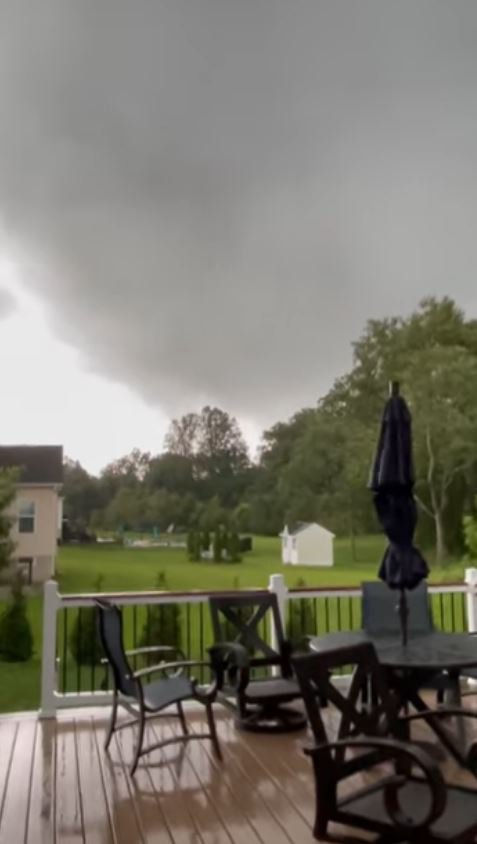 Kobylinski calls for his dog inside his home as a local news program reports on the unusual storm in the background. He films the view outside his front door one more time, showing lighter skies on another side. He and his dog then dip into his basement.

‘Holy s***, holy s***, f***,’ Kobylinski is heard saying as he goes down the stairs. The scene goes dark as the electricity is cut.

A fire alarm then sounds and Kobylinski breathes heavily as he gathers himself. He and his dog go back upstairs in darkness. 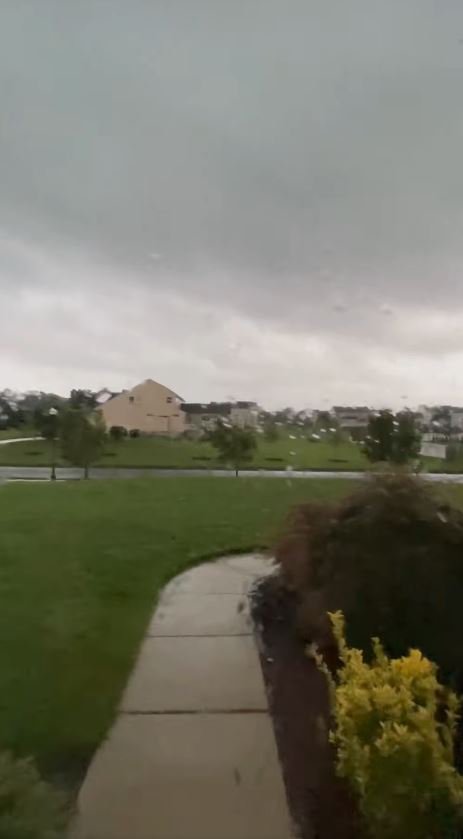 Kobylinski repeats, ‘holy s***’, as he finds broken glass and debris strewn across his home. The footage shows part of the roof of his house ripped off and some of the walls torn. His neighbor’s home appears pulled apart in half. Other houses seem to have dodged the tornado’s path.

The tornado was determined to be an EF-3 with maximum winds at roughly 150 miles per hour, ABC 6 reported. It formed in Harrisonville and traveled 12.6 miles and dissipated close to Deptford.

About two dozen homes were demolished and roughly 100 others were damaged, according to the TV station. New Jersey typically sees two tornados per year, but has experienced 13 so far in 2021.