The first death from a devastating hurricane which struck the US yesterday has been confirmed.

There are fears the death toll could climb much higher throughout the day as the emergency services assess the scale of the damage from Hurricane Ida.

With wind speeds of up to 150mph when it made landfall as a category four hurricane, experts say it is the joint fifth most powerful to ever hit the country.

The storm ploughed into the southern states of Louisiana and Mississippi on Sunday, knocking out power in New Orleans and inundating coastal communities with storm surges.

Between 200 and 300 people are reportedly trapped by flood waters in the small town of Jean Lafitte, around 20 miles south of New Orleans.

A few hours ago, the local mayor said the community had been ‘totally devastated’ by flooding.

One Twitter user purporting to be in town posted: ‘We are stuck on top of my grandma rooftop.

‘My phone on 7% I’m asking anyone please Let someone know where we are in Jean Lafitte this water is constantly rising I am scared for my life my kids the the rest of my family Father God please help!’ 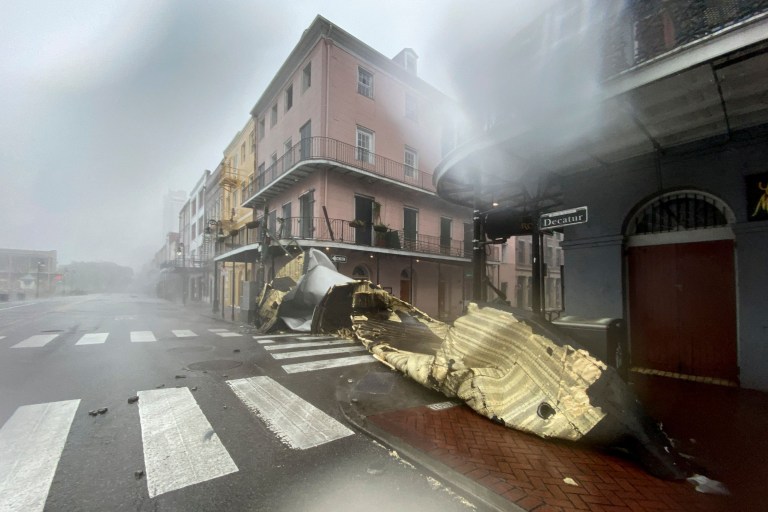 Louisiana and New Orleans are beginning to count the cost of a huge hurricane as it continues to make it was north (Picture: AFP) 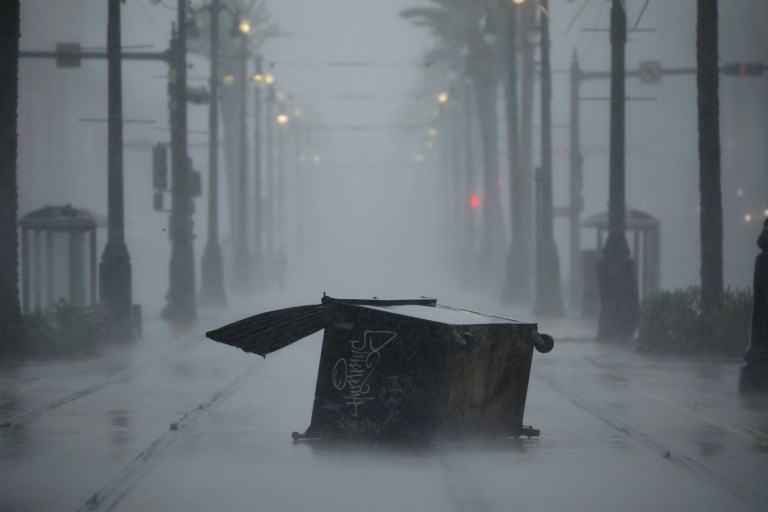 When it Hurricane Ida made landfall on Sunday, it was designated as a category four hurricane (Picture: Getty)

One witness who remained in the state when the hurricane landed captured the moment powerful winds tore the roof off a hospital.

Emergency services in Louisiana had to be suspended and doctors were forced to manually assist around 2,450 Covid-19 patients to breathe when the hospital lost power.

The weather system is continuing to tear its way north but has been downgraded to category one, with forecasters expecting it to rapidly weaken throughout the morning.

People in areas vulnerable to flooding had been urged to evacuate in recent days and strict curfews are in place.

President Joe Biden has declared a national emergency in the two states and warned people on Sunday: ‘This is going to be a devastating hurricane, a life-threatening storm.’

Louisiana’s governor John Bel Edwards said: ‘We have confirmed at least one death and sadly, we know there will be others.

‘Thousands of our people are without power and there is untold damage to property across the impacted parishes.’

The Ascension Parish Sheriff’s Office, which covers a rural community north of New Orleans, confirmed the first fatality, a person who was struck by a falling tree at their home. 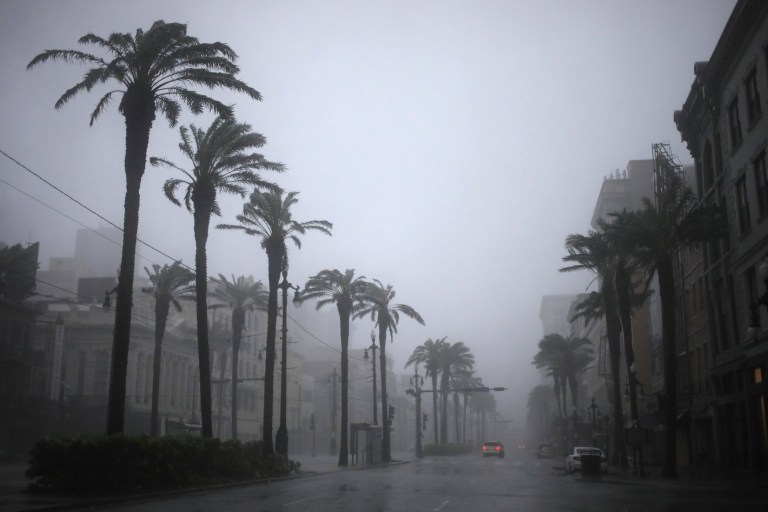 Wind speeds of up to 150mph make it one of the most powerful to ever hit the United States (Picture: Getty) 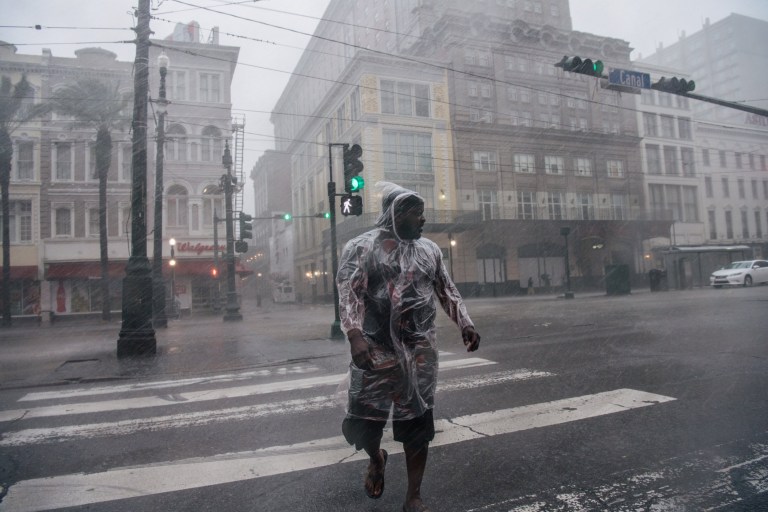 People in vulnerable communities were told to evacuate but some had no choice but to remain (Picture: Getty) 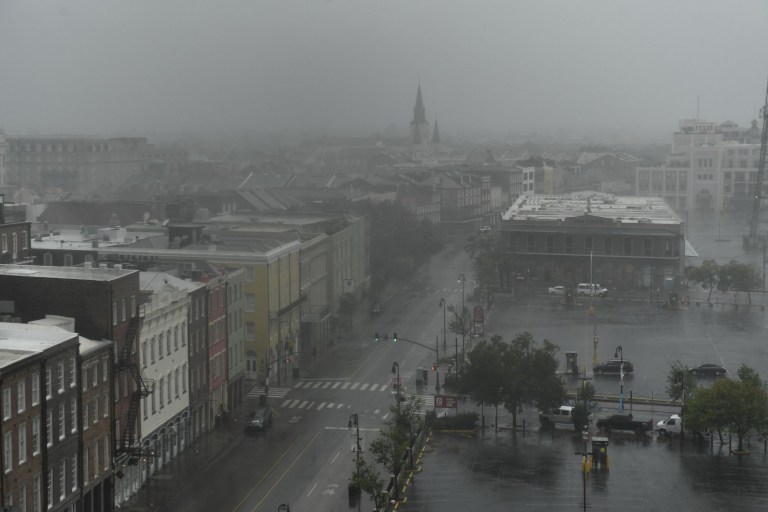 New Orleans’ Canal Street in its famous French Quarter was hit hard but the scale of any damage remains unclear (Picture: Getty) 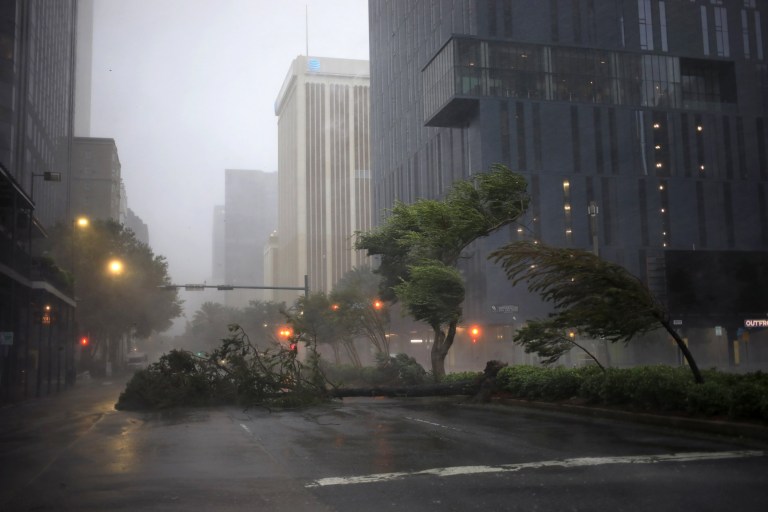 Emergency services say many roads in the states are impassable because of fallen trees and other debris (Picture: Getty)

Around one million people were left without electricity, with one transmission tower collapsing into the Mississippi River, the Jefferson Parish Emergency Management Department said.

Storm surges and flash flooding have been reported by the National Hurricane Center across southeastern Louisiana.

The storm struck on the 16th anniversary of Hurricane Katrina, which caused more than 1,800 deaths and destroyed much of the city.

Hundreds of miles of new levees and storm defence systems have been built in the intervening years.

The US Army Corps of Engineers said the newly reinforced New Orleans levees were expected to hold, though they said they said the flood walls could be overtopped in some places.

New Covid variant is ‘most mutated so far’ and already in UK, scientists warn 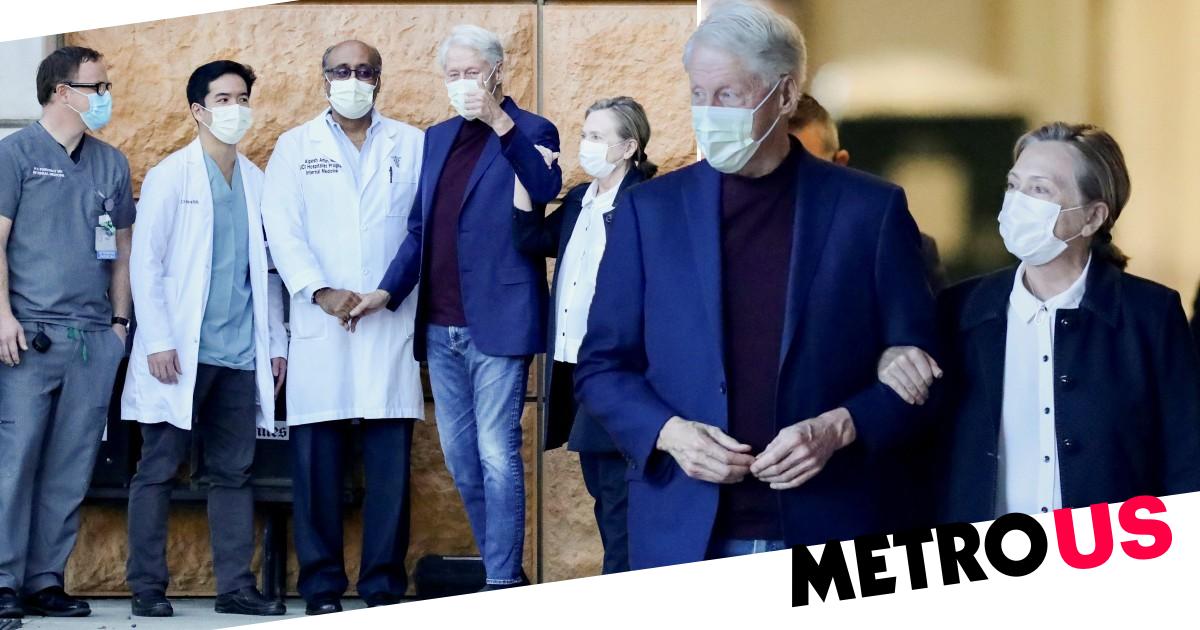