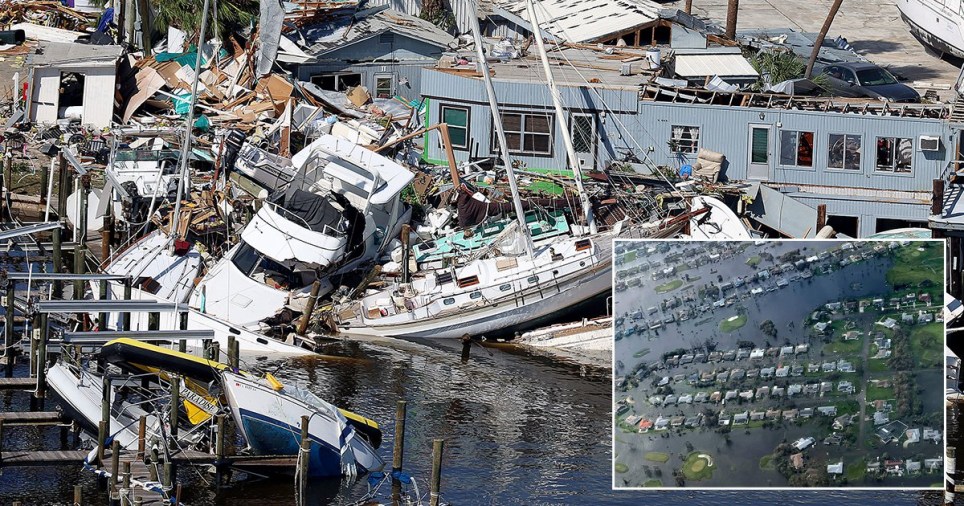 Life-threatening flooding and high winds are predicted for much of the Carolinas today (Picture: Joe Raedle)

Hurricane Ian is veering toward the Carolinas after taking at least 17 lives in a path of destruction across Florida.

But the total death toll remains unclear and the storm could be the deadliest in the state’s history with a ‘substantial loss of life’, President Joe Biden has warned.

Locals have been forced into shelters after their homes were destroyed and washed away.

Power was knocked out for around 2.67 million Florida homes and businesses.

‘We know many families are hurting. Our entire country hurts with them’, Mr Biden said at the Washington headquarters of the Federal Emergency Management Agency, where he was briefed on federal response efforts.

The US leader has urged people to take warnings from local emergency workers and officials seriously. 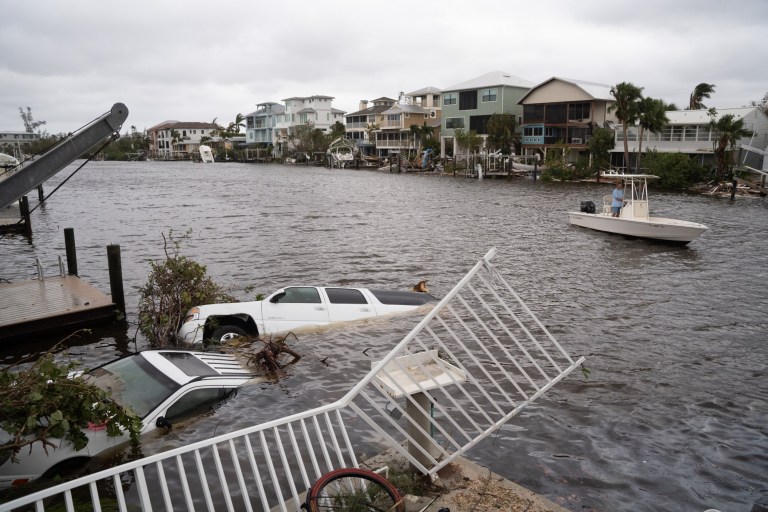 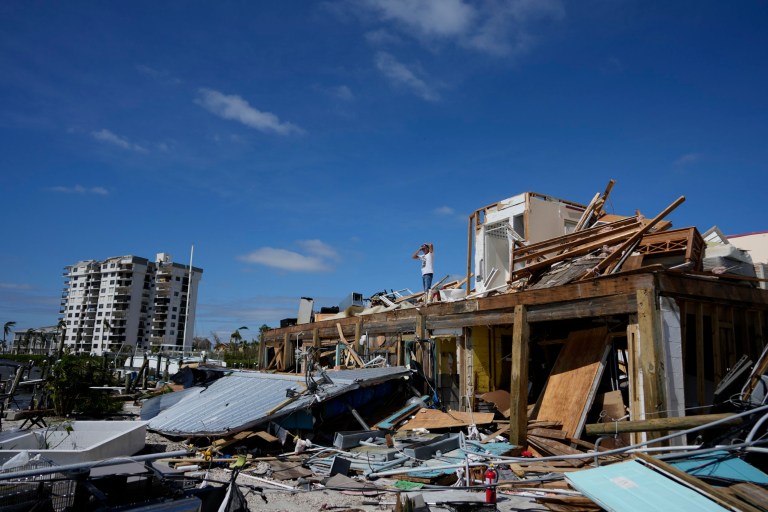 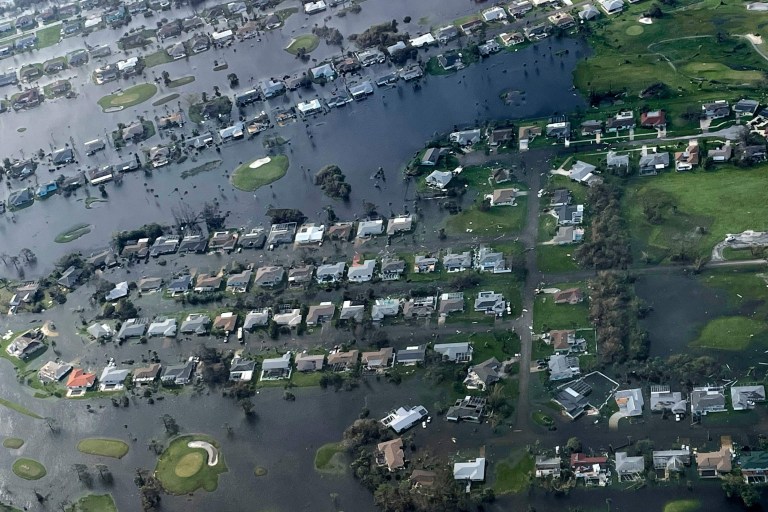 A bridge in the aftermath of Hurricane Ian around the Fort Myers area, Florida on September 29, 2022 (Picture: US COAST GUARD/AFP via Getty Images) 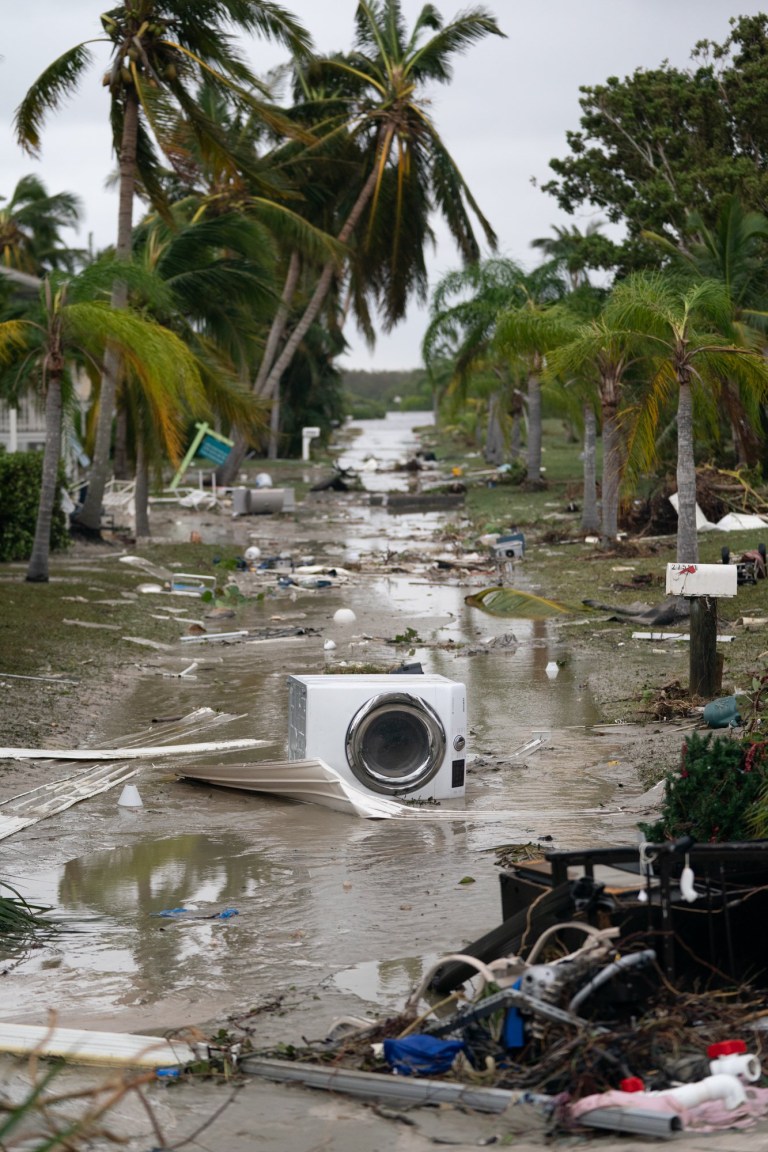 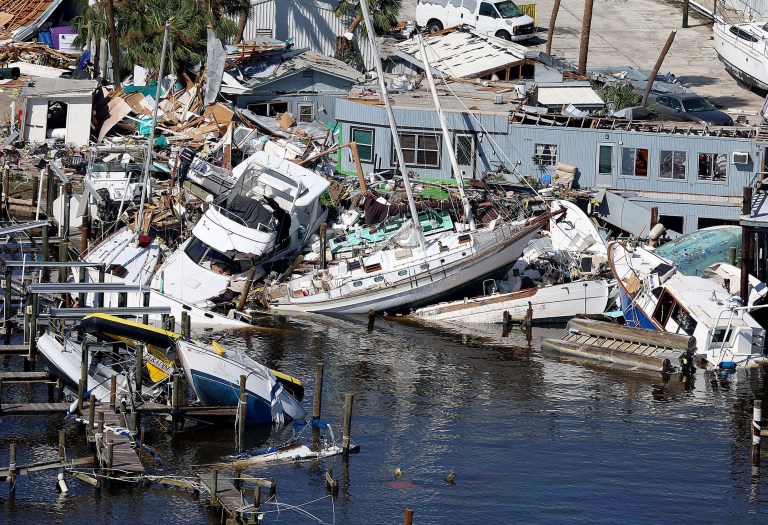 Boats are piled on top of each other (Picture: Getty Images North America)

‘Don’t go outside unless you have to’, he said. ‘The danger is real, to state the obvious.’

At least 17 deaths have been reported in connection with Ian but the total death toll remains uncertain amid scattered reports of casualties.

Long queues have been seen on motorways in South Carolina, with many residents fleeing as the storm barrels towards them.

Ian made landfall Wednesday afternoon in southwest Florida before being downgraded to a tropical storm.

But it intensified into Category 1 hurricane yesterday afternoon and is forecast to make a second landfall in South Carolina today.

Life-threatening flooding and high winds are predicted for much of the Carolinas on Friday, according to the National Hurricane Center.

The president said the federal government was committed to helping with the recovery process. 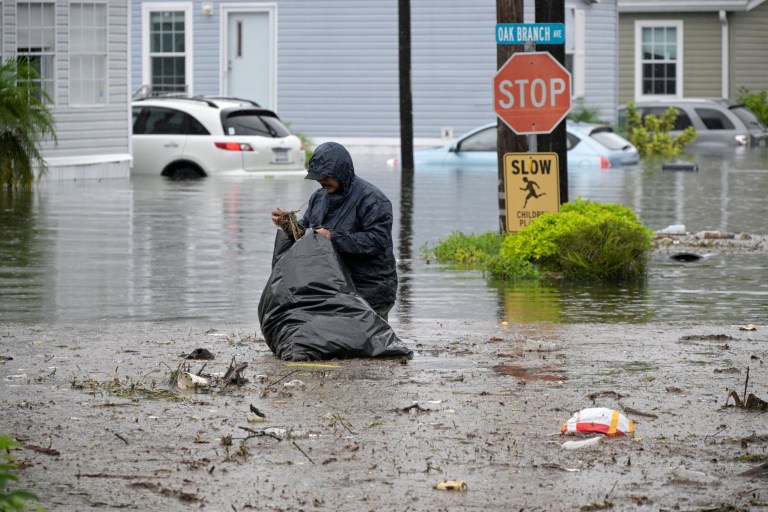 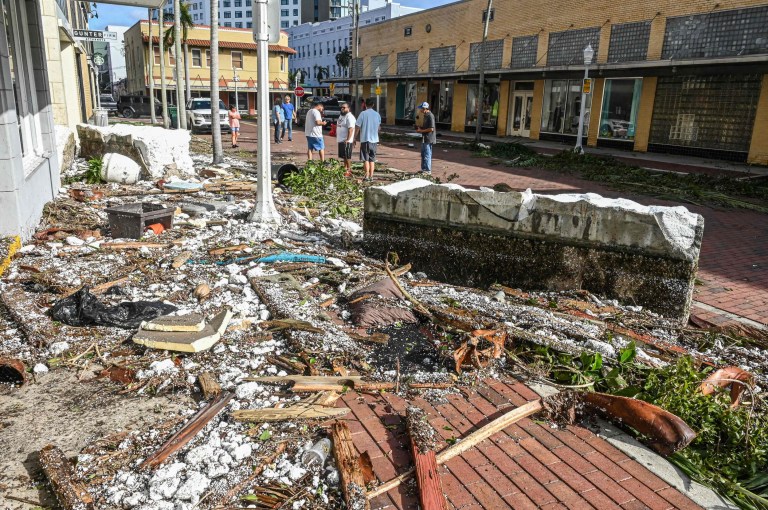 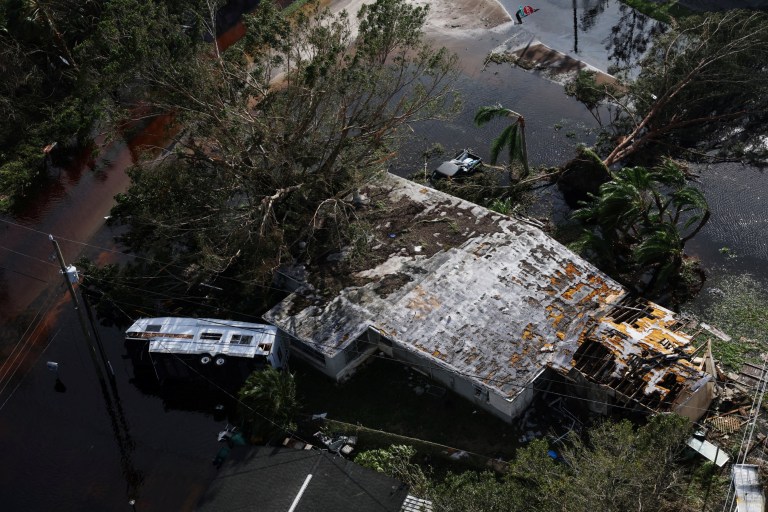 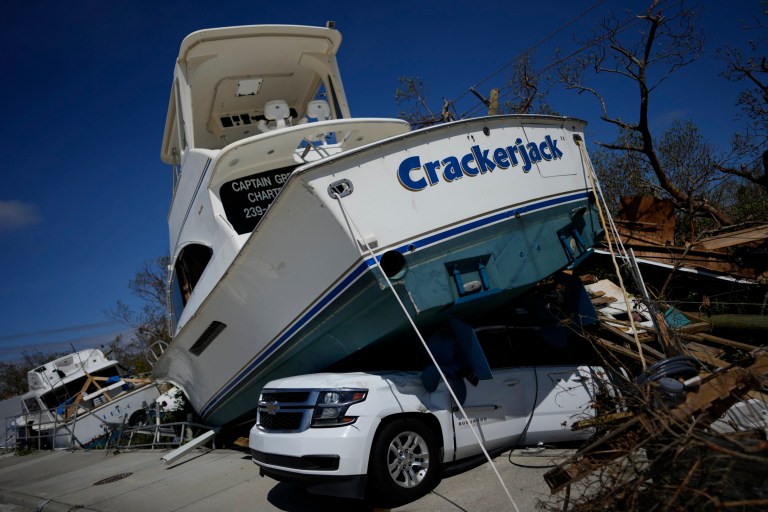 A boat displaced by Hurricane Ian rests atop a car (Picture: AP) 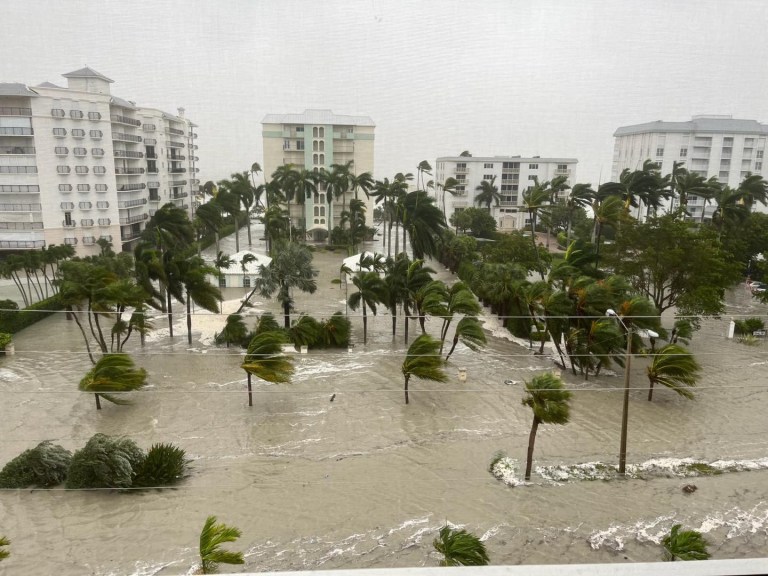 The death toll is unclear at the moment (Picture:: City of Naples)

Promising to do ‘everything we can’, Mr Biden told people ‘we are here’.

He said he had spoken with a number of Florida mayors on Thursday and would arrange a visit ‘when conditions allow’.

Mr Biden also promised to visit Puerto Rico, a US territory that was slammed by Hurricane Fiona.