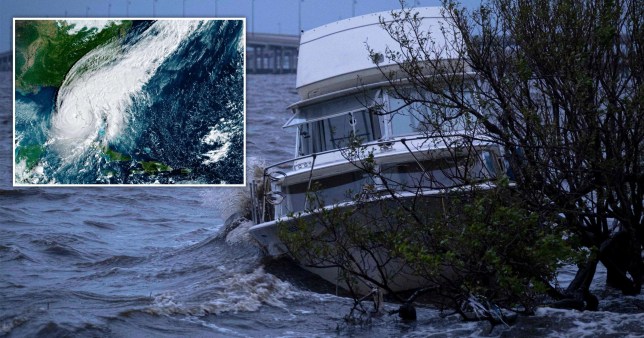 23 Cuban migrants were on a boat that sunk off the coast of Florida due to Hurricane Ian (Pictures: Getty Images)

Twenty Cuban migrants are missing after their boat sank Wednesday morning off the coast of Key West, Florida due to Hurricane Ian.

US Border Patrol agents rescued three people who were found in the water about two miles south of Boca Chica. Four others from the boat swam to shore earlier that morning as the storm barreled across the Florida coast.

All seven were taken to the hospital to be treated for exhaustion and dehydration. 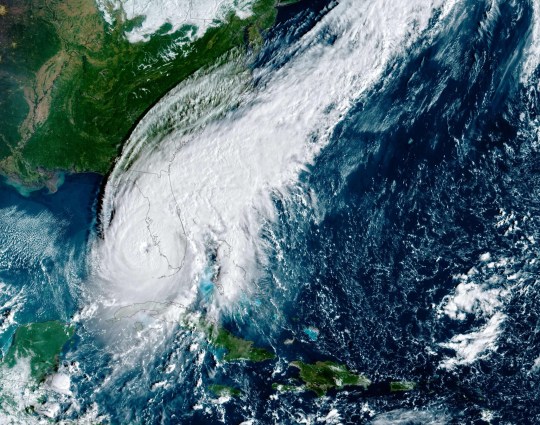 Migrants are cautioned against the dangerous trek even without a hurricane on the radar (Picture: Getty Images)

US officials have warned migrants against taking the already dangerous trip across the sea long before Hurricane Ian hit walloped the Florida coast.

Coast Guard air crews are still searching for the other migrants who remain missing Thursday morning.

‘Do not risk your life by attempting this journey at sea. Storm surge along with King tide can create treacherous sea conditions even after storm passes,’ Slosar added on Twitter.

One of the migrants told Local 10 News they made the journey ‘for the right to be free.’ 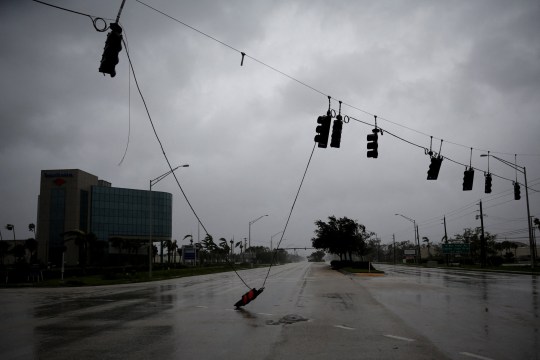 A fallen traffic light is seen in a street as Hurricane Ian makes landfall in southwestern Florida (Picture: Reuters)

‘From Friday at one in the morning until Tuesday, we spent six days at sea,’ the migrant said in Spanish to the TV station.

Days before the storm hit Florida, it barreled across Cuba, knocking out the electrical grid and leaving 11 million people without electricity.

At least two people in Cuba died from the storm.

Ian is expected to continue bringing devastation to Florida on Thursday and into the weekend as it moves north and heads toward Georgia, South Carolina and North Carolina. 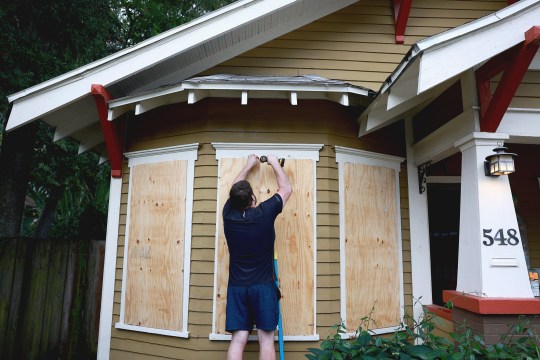 The storm slammed Florida with 150 mph winds Wednesday, but has since weakened, with sustained winds at 65 mph.

About 2.5 million people in Florida are currently without electricity, and 14,000 are without in Georgia, even before the hurricane is expected to barrel through the state.

Florida’s Atlantic coast from northeast of Orlando into Georgia could see storm surge of 6 feet, according to the hurricane center.