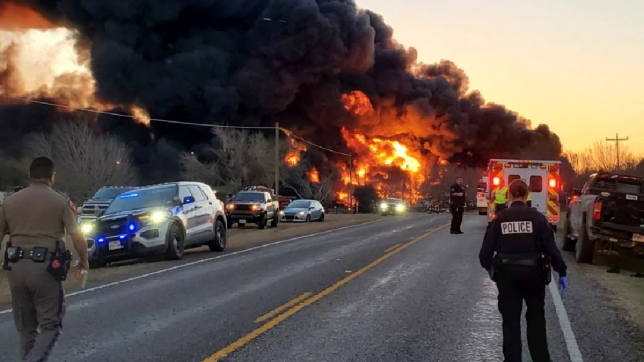 Shocking video footage of the crash in Cameron, near Austin, shows a fireball rise into the sky as the train exploded on impact with the long-hauler.

The crash happened at about 6.45am and involved the Burlington Northern Santa Fe (BNSF) train. The raging fire reportedly burned down one nearby home and left several others with heat damage.

Both the train conductor and the truck driver survived without major injuries, police have confirmed.

Initial investigations have shown that the truck appeared to have swerved to avoid a car at the crossing before it T-boned, authorities have said. A BSNF official said the official cause of the collision is still under investigation.

Photos from the scene show thick, black smoke soar into the sky as flames spill out from the wreck.

Speaking from the scene yesterday morning, Milam County Sheriff, Chris White, said the crash was initially labeled a ‘hazmat situation’ because the train was carrying hazardous materials – including a sulfuric acid tank.

But investigators were able to confirm that the carriages holding those materials were unaffected in the crash ‘by the grace of God’, White said. 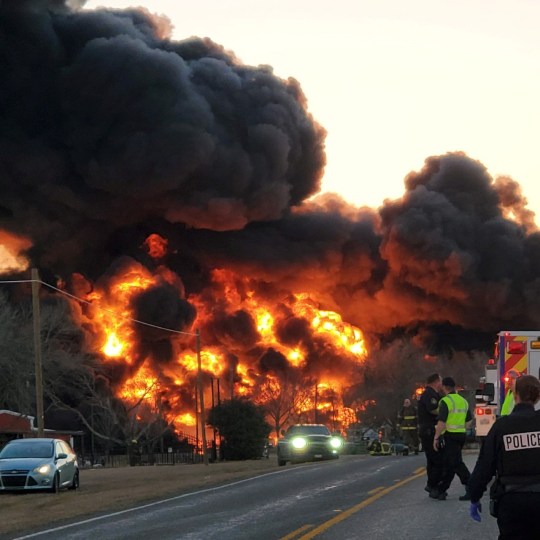 A fire is seen at the after a collision between a train and truck in Cameron, Texas (Picture: Lonnie E. Gosch/Reuters) 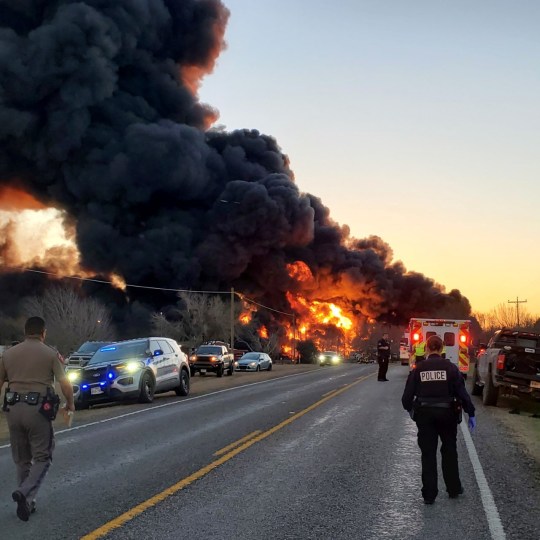 Both the train conductor and the truck driver survived the crash (Picture: Lonnie E. Gosch/Reuters)

Homes in the area were evacuated and authorities urged the public to stay clear of the highway as they continue working to bring the fire under control.

BNSF Railways senior director of external communications, Courtney Wallace, added that 13 train cars carrying petroleum, coal and rocks were derailed in the crash, out of 110 cars in total.

He told Fox News: ‘There were no injuries to the crew or truck driver. Local first responders and BNSF personnel are onsite to respond to the incident.

‘Out of an abundance of caution, local authorities have established a half-mile radius evacuation zone near the site. The cause is under investigation.’

Teacher ‘sexually abused student after grooming him with video games’