When the haze from last year’s Glass fire settled over Napa Valley, all seemed lost for the region’s grapes. Most were tinged with ash and smoke before they could be pulled from the vines, rendering them useless for winemaking. But it gave a spirit distillery in nearby Alameda an idea.

Hangar 1, which specializes in crafting sustainable and locally sourced spirits, reached out to their partners at an affected winery to see if they could turn the wasted grapes into vodka.

“We came in and said let’s work together and salvage this situation,” said Hangar 1 distiller Eric Lee, who helps run the craft spirits distillery. “We wanted to figure out how to upcycle what would normally be going down the drain and turn it into something awesome.”

This month, Hangar 1 released the results of that collaboration: a limited edition Smoke Point vodka distilled from Napa-grown malbec and merlot grapes. The resulting liquor has a sweet and spicy finish, smooth enough to sip with subtle notes of fruit, licorice and allspice. It’s also an innovative approach to an intractable problem. The new vodka is one of several solutions being tested as vintners adapt to a future where the risks of ruined grapes run higher every year.

The companies are donating 100% of the proceeds from the product to the California Fire foundation as a gesture of appreciation to firefighters and to raise awareness of the wildfire’s impact. “We are not looking to make money on this,” said Nicolas Quillé, the chief winemaking and operations officer at Crimson Wine group, which supplied the grapes to Hanger 1. “We were extremely affected and we were looking for ways to say thank you, to a community that helped us so much.”

But there is a secondary motivation too.

“There is definitely another layer to this besides just let’s do something good and make lemonade out of all those lemons,” Quillé said – namely that this was a chance to explore novel ways to use smoke-affected grapes that otherwise would have gone down the drain. 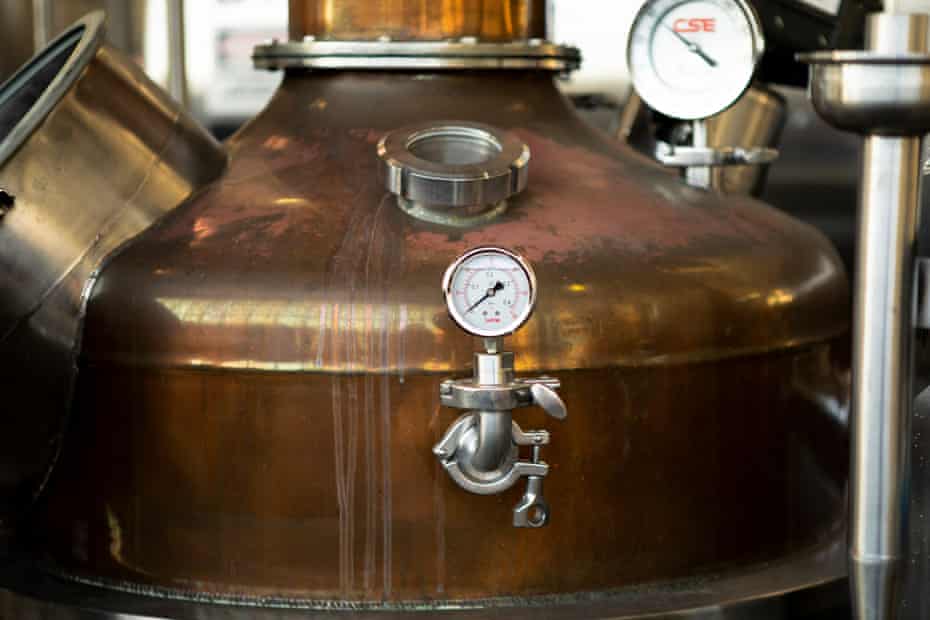 Hangar 1 had already been using grapes in their signature vodka, but are the first to use smoke-tinged grapes. Photograph: Gabrielle Canon/The Guardian

Vodka can be made of any sugar or starch-laden food that ferments, according to Lee, and is traditionally made from grains or potatoes. But Hangar 1 had already been using grapes in their signature vodka and they aren’t the only distillery to use the fruit as a base, which gives the vodka a unique character and taste profile. But they are the first to put smoke-tinged wine grapes to use that otherwise would have gone to waste. The result has been a resounding success.

Smoky spirits – like some whiskeys, scotch and mezcal – have risen in popularity in recent years. But the flavors in those alcohols are carefully crafted to appeal to the palate, whereas smoke-tainted grapes, Quillé said, can run the risk of taking on a far-less appealing profile – more akin to a cold ashtray than something savory.

But in the vodka, any residual smokiness was left behind during distillation and the final result came out with a clean flavor with hints of fruit, vanilla and honey.

“A lot of people think vodka is supposed to be totally flavorless and totally aromaless,” he said. “But we are really learning that you can tell the difference between the base materials.” 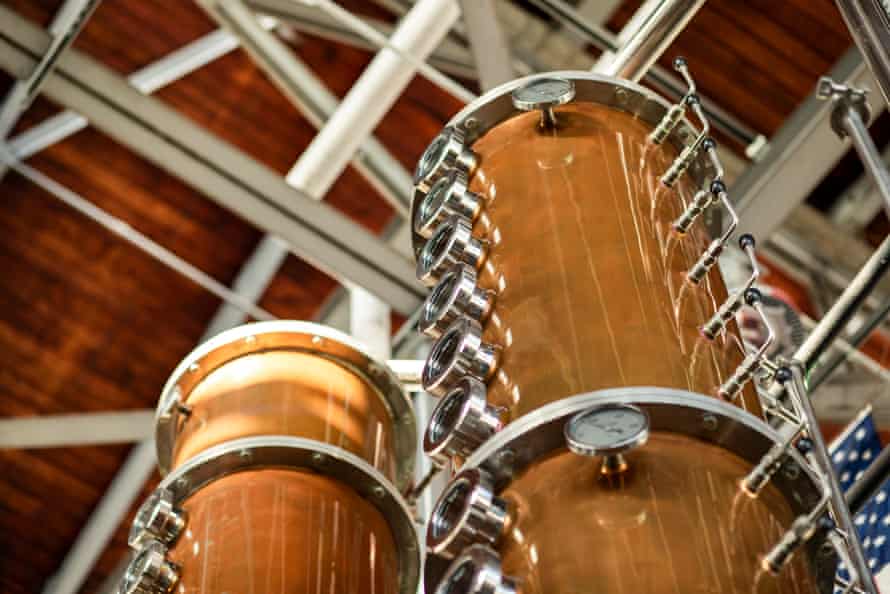 The fermented grape juice – which wasn’t yet finished wine but was about 12% alcohol – started as the base. The distillation process brought it up to 95% alcohol, a legal requirement for the end product to be considered vodka. “We start out with a very deep, dark red wine and what we got is totally perfectly clear and very high proof,” said Lee. “Then that’s what we blend down to bottling strength, which for us is 40% or 80-proof.”

The resulting batch turned out 4,800 bottles, which retail for $50 each, or can be fashioned into martinis at the distillery tasting room, where visitors can imbibe while looking out on the San Francisco skyline across the bay. This run is a limited edition, but there’s plenty of possibility for another round in the future.

Climate change has increased both the size and intensity of fires burning in the west where winemakers and growers once flourished. The blazes are just one of the environmental threats being felt by the industry and Quillé, of Crimson Wine Group, said they will have to adapt. So far this year they have been largely spared the smoke but the region has been mired in drought. The dry conditions have roughly halved crop yields. “So there won’t be much wine made this year,” he said. 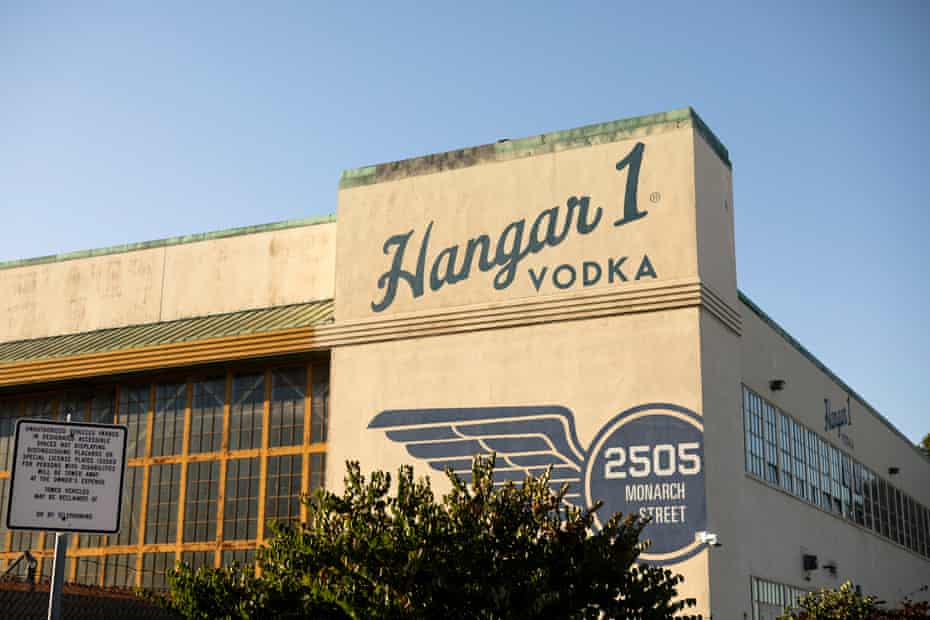 He and others are upgrading infrastructure to develop better water resiliency and efficiency. Quillé said he is also working with researchers to develop advanced warning systems and predictive smoke modeling that will provide intelligence on when and how smoke becomes a threat. He hopes that will give growers the information they need to make decisions that limit exposure.

They have also been considering whether smoky grapes can still turn out good wine – just with a unique flavor profile. “Is there a style of wine that could be done that would be a new product that currently does not exist and would find an audience, rather than trying to fight it?” he said. “That’s one area of research.”

Quillé is hopeful about the promise that’s offered by the vodka collaboration and the potential for a new pathway out of the disaster.

“Climate change may make the wine industry more challenging,” he said, adding that there will probably still be consequences and perhaps consolidation in the industry. “But we will find a solution.”