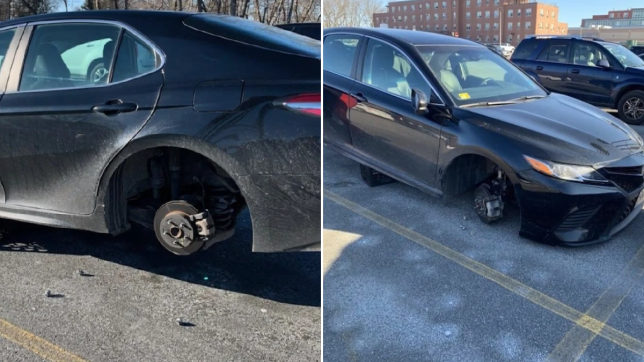 Karen Arpin returned to her car after a night shift to find her car without all four of it’s wheels (Picture: ABC 6 News)

A hospital nurse who has been working on the front line throughout the pandemic finished work to find her car on blocks with all four wheels missing.

Karen Arpin, a nurse at the Our Lady of Fatima Hospital in North Providence, Rhode Island, said she was stunned to learn someone stole all of her car’s wheels while she was helping to lives at work, on March 1.

She said she was just about to finish her night shift when a colleague approached her and asked what type of car she has, before informing her of what had happened to her vehicle.

When she went to take a look at her car, Karen found it in the hospital’s car park on blocks, with its nose to the ground and with all four tires and rims stolen, reports ABC 6.

Karen has expressed her disappointment at being targeted after working ‘very hard’ throughout the ‘extremely stressful’ coronavirus pandemic at the hospital.

‘I said why? Did someone hit my car? They said unfortunately I wish it was that easy. Your rims and wheels got stolen and your car is on blocks.

‘It could have been anyone working really hard or someone who is really, really sick that they took advantage of. 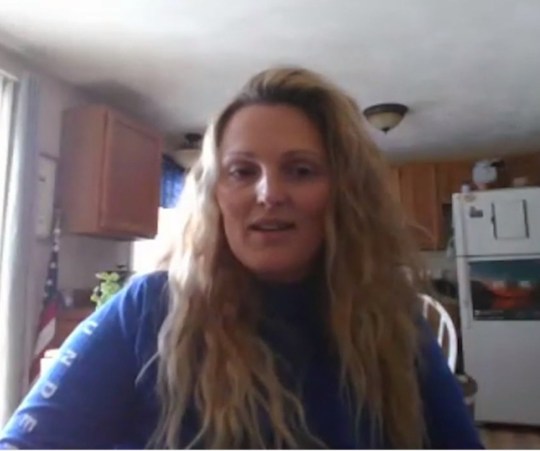 Karen Arpin has questioned why someone would target a car that is parked in a hospital (Picture: ABC 6 News)

‘Myself, my co-workers, we all work very hard. This pandemic has been extremely stressful.

‘It’s so upsetting to know you can just disregard someone’s feelings and hard work.’

Karen added that she has parked her car in the hospital’s parking lot for as long as she can remember and has questioned why someone would target a person’s car at a hospital.

She’s been on the front line of the pandemic as a nurse on the emergency room floor, while also working part-time for the Rhode Island National Guard. 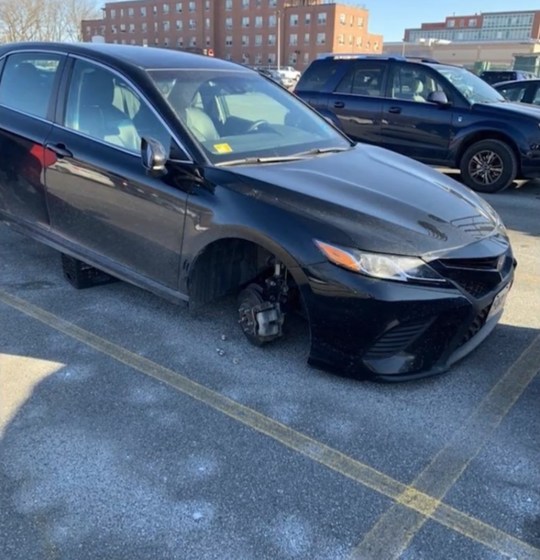 The police have launched an investigation into the incident (Picture: ABC 6 News) 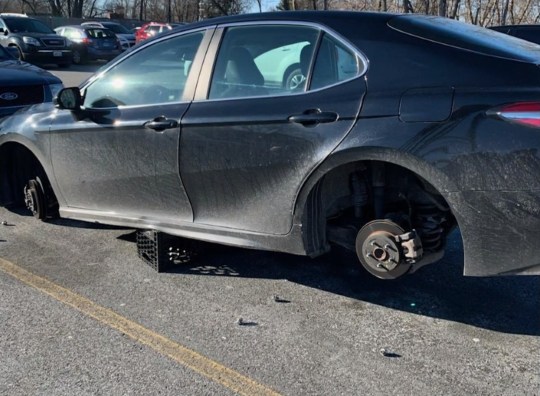 North Providence Police are investigating the theft, according to police chief Arthur Martins. Detectives are also working with the hospital to enhance security footage of the suspect’s car in the hope of spotting a potential suspect.

However, Karen said she wants the hospital to also take responsibility. She said her boss told her the hospital won’t cover her insurance deductible.

Karen said: ‘I figured at the bare minimum that should be something the hospital should cover because they should be watching the car in the parking lot, but apparently that’s not the case.

A spokesperson at Chartercare, the group that owns Our Lady of Fatima Hospital, said the hospital has 24-hour security and that they’re working with police following the incident.