The items make up an ‘accidental time capsule’ into life before the Civil War (Picture: AP/PCGSCOINS)

Treasure which has been hidden beneath the Atlantic Ocean since 1857 has finally been revealed at auction.

Strong winds of around 105mph shredded the ship’s sails as she began to take on water on September 9, 1857.

Crew members desperately flew the ship’s flag inverted – a popular distress symbol in the US at the time – to try alert a passing ship to their situation.

But no rescue came.

Of the 578 passengers and crew aboard the ship, now known as The Ship of Gold, 425 died.

The loss led to the a global economic disaster in America – in today’s money the gold had been worth  $765 million. 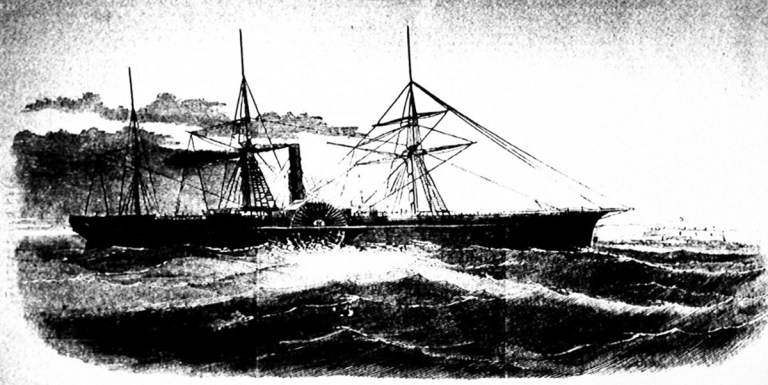 Now known as ‘the Ship of Gold’, it sank on September 9, 1857 (Picture: AP Photo/Library of Congress) 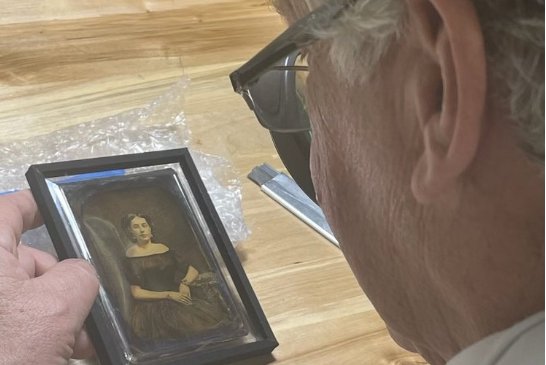 The ‘Mona Lisa of the Deep’ is among the items on display (Picture: Holabird Americana)

For years the ship lay at the bottom of the Atlantic Ocean, hidden among the waves.

But excavation efforts over the years have gradually unearthed its treasures with gold and other valuables making their way to auction.

Legal battles – a rogue salvage company had behind much of the recovery work between the 1980s and 2014 – had delayed true reveals of what sank alongside the occupants of the Ship of Gold.

Most recently, personal effects such as wedding rings and work trousers were unveiled from the finds. 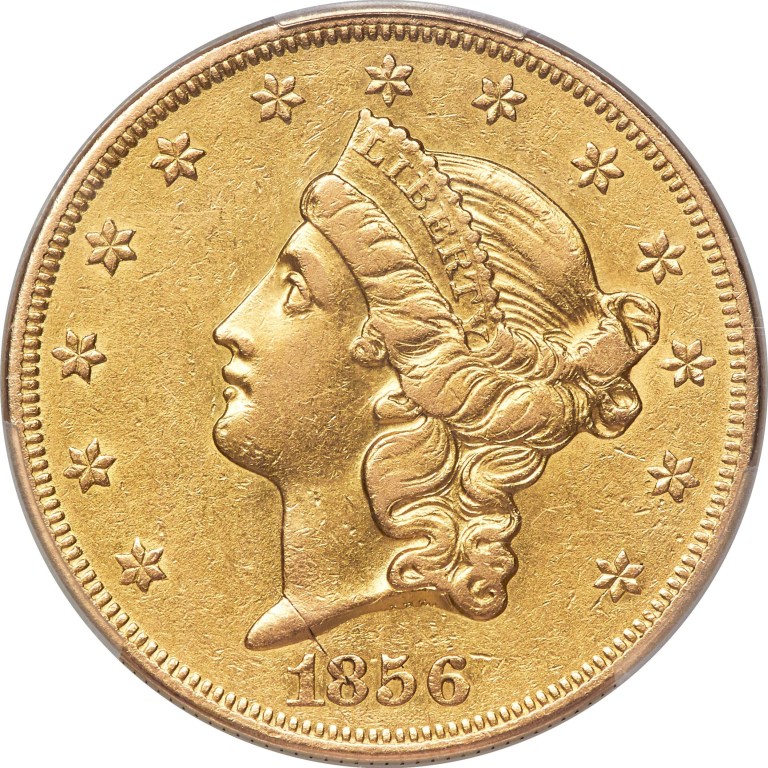 13,600 kg of gold was aboard the ship when it sank – triggering an economic disaster (Picture: HA.com)

A first edition of the Count of Cristo was even included in the latest collection at auction – offering an insight into the human tragedy behind the tragic sinking.

The array of historical items have been on display, for the first time in history, at the National Antique Bottle Convention in Rino.

Bob Evans, historian at the USS Central America collection, told the Reno Gazette Journal: ‘The S.S. Central America site is an accidental time capsule, and as such, it is a perfect glimpse into the time of these people.

‘There were people from all over the country who had traveled to California and now we’re going home with their wealth.’ 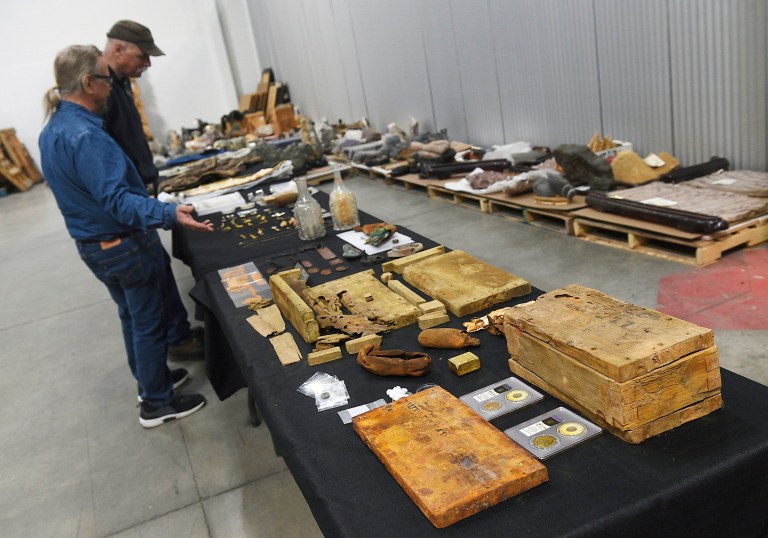 Gold and other valuables have been auctioned off after years of legal battles (Picture: AP) 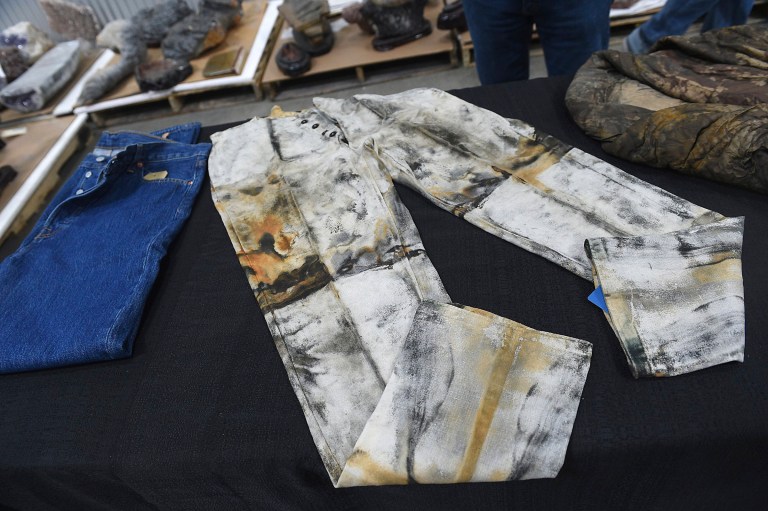 A pair of trousers, potentially designed by Levi Strauss, are among the finds (Picture: AP)

The items also include a pair of canvas trousers which were found in the trunk of passenger Lieutenant Dement, a veteran of the Mexican American War.

Experts believe the trousers could be an original pair by Levi Strauss, who found the first company to manufacture riveted blue jeans.

In 1853, he had ventured to San Francisco to make a fortune in the Gold Rush.

A photograph of the ‘Mona Lisa of the Deep’ has also piqued the interest of historians.

The image, of a woman in an off-the-shoulder lace dress, is a daguerreotype photograph.

Crew had tried to flag down a passing ship but had been unsuccessful (Picture: Googlemaps) 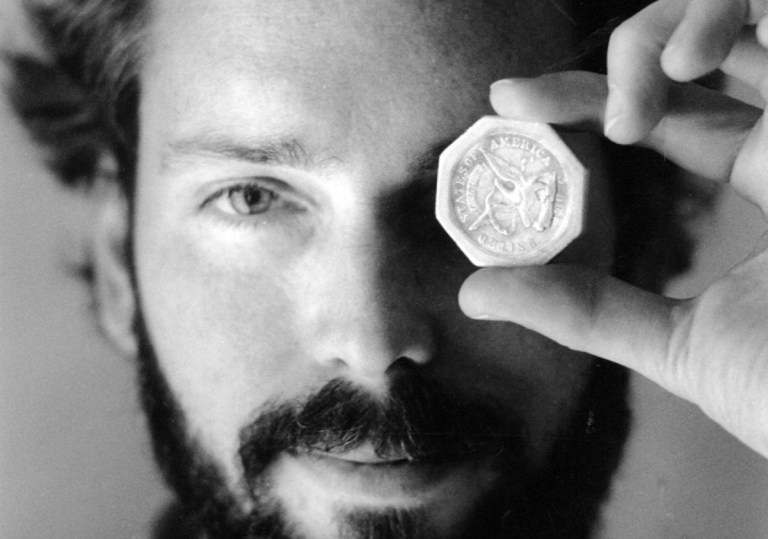 Her mysterious smile gave the inspiration for her nickname.

Many of the ship’s treasure had been collected by Tommy G. Thompson, hauled an incredible trove from the depths of the Atlantic Ocean in 1988.

He had spent years developing technology to search the wreckage of the long-drowned USS Central America.

Soon after his incredible find, dubbed the ‘richest in US history’ at the time, Thompson was accused of cheating his many investors out of their share of the fortune.

He went on the run for more than two decades, living in a mansion in Florida with his girlfriend and staying in $200-a-night luxury hotels.