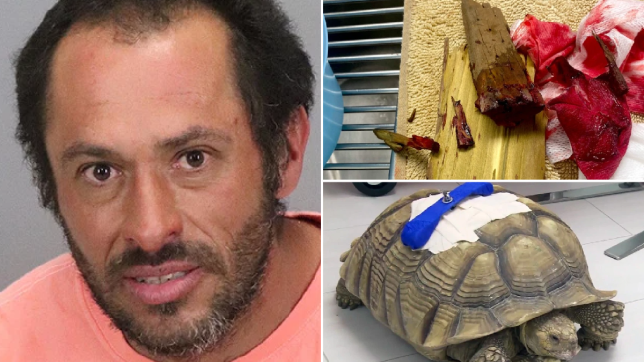 A homeless man has been accused of breaking into a children’s preschool and ‘brutally stabbing’ its pet tortoise.

George Robles, 40, has been charged with animal cruelty after allegedly stabbing African tortoise, Michelangelo, through his shell with a wooden stake.

The attack happened in a preschool garden in San Jose, California, on Saturday morning and led to Michelangelo, aged between 40 and 70, needing emergency surgery.

Robles was taken into custody by police the same day and has been placed on mental health evaluation by police.

Tammy Lariz, co-owner of Play ‘N’ Learn Preschool where the attack happened, said she was horrified when she discovered Michelangelo ‘oozing with blood’ in his enclosure on Saturday morning, reports The Mercury News. 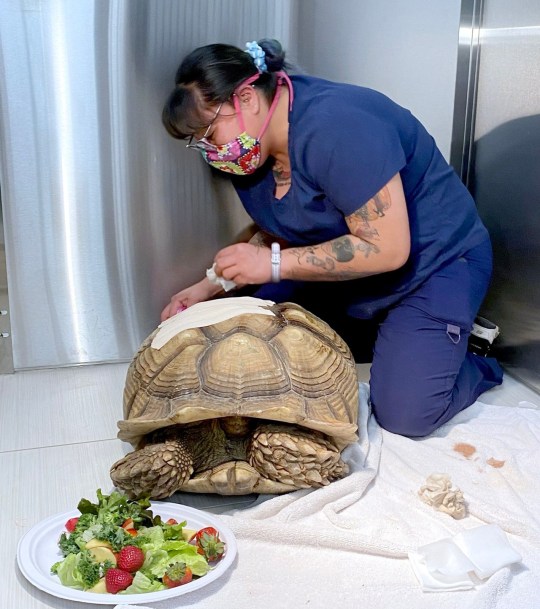 She said: ‘I thought he was dead for sure. You just had to be absolutely sick to want to go over there and stab a tortoise like that, he’s super friendly.

‘They just think he loves them, too, but he knows they mean food — they grow it, pick it and feed it to him.’

Around 70 children, aged between 18 months and 5, ‘adore him’ and help to take care of Michelangelo according to Tammy’s husband, Marc.

They acquired the tortoise about four years ago through a rescue program. The children named him Michelangelo, after a character in the Teenage Mutant Ninja Turtles.

But the beloved pet was discovered severely injured after a neighbor called police about a man who was yelling and breaking things in the playground.

When police arrived they arrested the fleeing man, who has later been indentified as Robles. 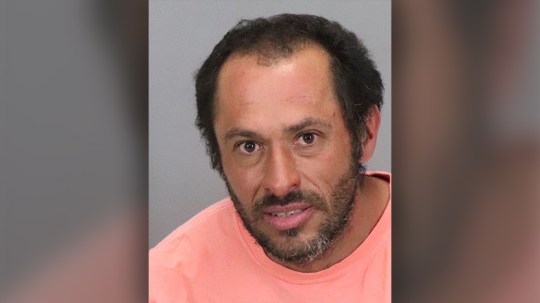 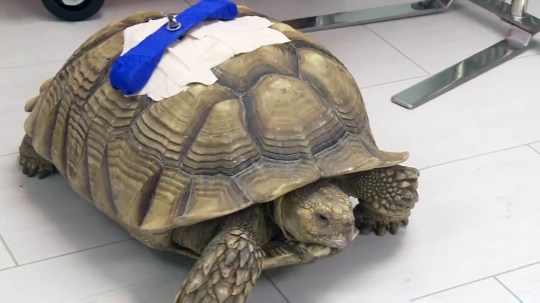 Michelangelo was stabbed through his shell (Picture: CBS)

In a statement, acting chief of police, Dave Tindall, said: ‘Abuse of a defenseless animal is intolerable and must be addressed.

‘This underscores the need for continued collaboration with our mental health professionals. I am thankful for our officers’ crisis intervention training which resulted in a safe arrest for all those involved.’

As well as animal abuse, Robles has also been charged with felony vandalism for allegedly damaging the preschool.

Tammy added that she noticed ‘a rake handle’ jammed into the tortoise’s shell after arriving at the preschool at the request of the police. She said it was lodged about eight inches deep between his head and leg.

‘The tortoise was very upset. He was so scared, you could tell’, she said.

‘It was the only time he ever hissed at us. He squeezed up his body really tight and didn’t want to come out.’

Every time the tortoise tried to move, Tammy said blood oozed out of the seams of his shell. 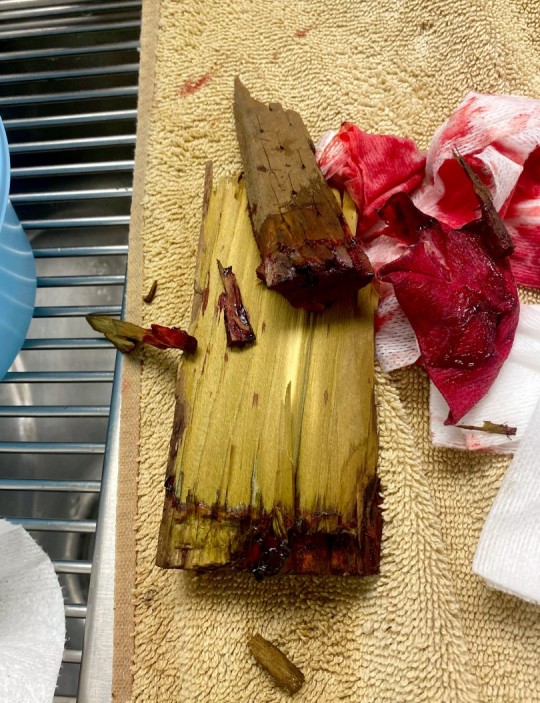 The piece of wood Michelangelo was allegedly stabbed with (Picture: The Mercury News)

She took him to see vet assistant Dr Tal Solomon, who performed a three-hour long operation on Michelangelo with Dr James Cortell.

Tal said: ‘The thing that saved his life, believe it or not, was that the end of the wood was square. He hit him so hard, he crushed the shell. It went into the tissue, but it was more of a crushing injury than a cutting injury.

‘He’ll recover just fine. He won’t be his beautiful self, but he’ll be walking.’

“I felt I had exposed too much”

Mercedes’ domination ‘a problem’ for F1 with Lewis Hamilton set to run away with title again, fears Eddie Jordan