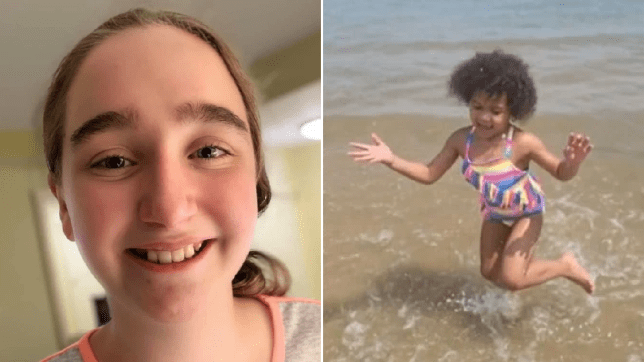 A 13-year-old girl who was in Orlando, Florida, to enjoy spring break at Disney World wound up doing something bigger and more heroic. Kaydence Henslee was relaxing at a pool instead of at the theme park when she noticed a toddler drifting face down in the deep side.

‘I just saw her kind of floating’, Kaydence, of Mayhill, New Mexico, told KRQE on Tuesday. ‘She wasn’t technically on the bottom when I was there’.

The teenager said she was ‘scared and nervous and afraid, but my instincts kicked in’.

‘When I pulled her out, her lip was purple’, Kaydence recounted.

A bystander performed CPR on the toddler, who was later identified as 3-year-old Haven Williams. Haven was rushed to a nearby hospital on Saturday afternoon and finally recovered at 5am the following day.

‘Even the doctors are saying that whoever got her out of the water did it at a perfect time because if she would have been under the water a little longer, it would have been a different outcome’, Haven’s mother Ashley Williams said.

Ashley, who works at a children’s hospital in Missouri, said she had stepped away from the pool for just a couple of minutes when Haven got into trouble.

‘I just remember seeing another woman run across and yell into the bar area for someone to call 911 because a baby had just drowned’, the mother said. ‘I was like, “Oh my gosh”. I didn’t think it was my baby’.

But once she recognized her daughter’s swimsuit, Ashley said she pushed through the crowd and ‘felt that feeling of losing my child’.

Haven would not be alive if it had not been for Kaydence, Ashley said.

The families marked the occasion ‘that they can still celebrate a birthday this week, celebrate Easter and all the other holidays and see them grow up and maybe even have lifelong friends from New Mexico to their state’, Kaydence’s father Matt Henslee said.

Kaydence’s life-saving act has inspired her to further equip herself for a similar situation in the future – by getting CPR training.