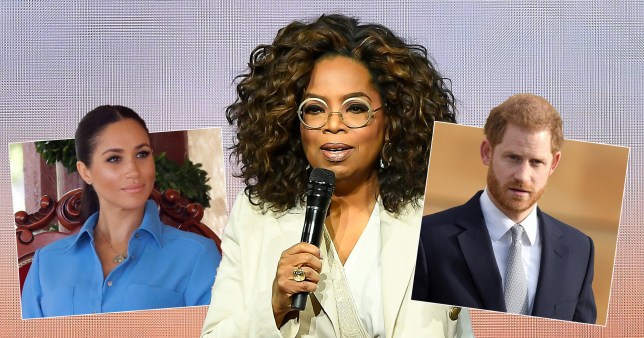 Prince Harry and Meghan Markle have been warned of the ‘Oprah effect’ on their brand as the US-based couple enter the ‘Queen Bee’s lair’ (Picture: Getty)

Prince Harry and Meghan Markle have been warned of the ‘Oprah effect’ as they make a landmark appearance with the chat show queen.

The Duke and Duchess of Sussex have been cautioned that the pitfalls of entering Oprah Winfrey’s ‘lair’ include choosing ‘tacky’ Hollywood over the longevity of Royal titles they can pass on to their children.

Marketing expert Jonathan Gabay says the couple have reached the point of no return as they leave their British lives behind for ‘an LA zip code’.

The author and brand advisor told Metro.co.uk they are taking a ‘pretty risky’ decision in taking part in the sit-down chat which has been trailed as ‘wide ranging’ and an ‘intimate conversation’.

However another marketing expert provided an alternative view, describing it as ‘marketing genius’ that would show a human side to Prince Harry.

Mr Gabay said: ‘You can’t have Royal titles and at the same time be someone who features on merchandise being sold in Hollywood, which is a pretty tacky place if you walk around and look at the shops.

‘At the same time, if you look back at major television interviews involving members of the Royal Family, invariably they failed for the individual.

‘You can look at Prince Andrew and to extent Diana. It’s a pretty risky thing to do which is why Buckingham Palace isn’t exactly over the moon with this.’

Harry, 36, and Meghan, 39, are already friendly with Oprah and are said to live near the talk show host in California. The interview, produced by US TV station CBS, is due to air on March 7. 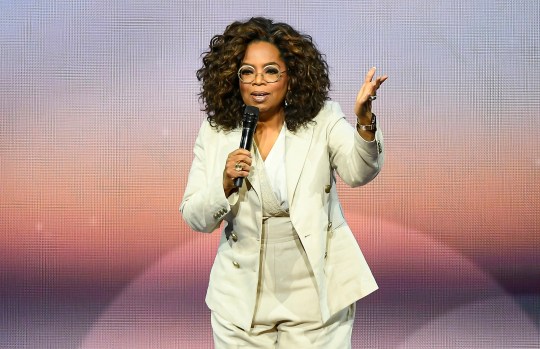 The ‘Oprah effect’ has lifted many products and personalities to new heights but may have long-lasting consequences for Harry and Meghan (Picture: Getty)

The two-part, primetime episode is being trailed as the couple drift further away from their official royal roles.

‘As with Weight Watchers, it doesn’t leap forever but in most cases it leads to a spike in sales.

‘In 2008 it was said the Oprah effect led to a million more votes for Obama, so it worked in the world of politics.

‘In the world of personalities, Oprah has pushed people such as Dr Phil, who is a psychologist. From there he got his own show and became a personality in his own right,

‘I don’t know if this is in Harry and Meghan’s thinking. If it’s stage-managed well enough and they say the right things with the right background music, maybe this will help with Netflix and their other independent projects. But that’s only in the short to mid-term.

‘In the long term I think losing their royal titles will be more damaging than anything else. You can’t buy those titles in a tacky shop in Hollywood.

‘To go from the inner crowd with the Queen and the Duke of Edinburgh to starting to become pally with your neighbour the queen of talk shows is a completely different world. They might have an LA zip code but having genuine royal titles you can pass down to your children is completely different.’ 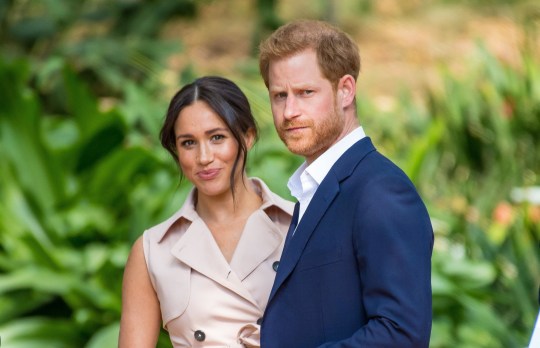 Prince Harry and Meghan Markle have moved to the US and drifted apart from the royal lives in the UK (Picture: Backgrid USA)

Mr Gabay drew a distinction between how the interview will play on both sides of the Atlantic, with the move to the uber-wealthy enclave of Montecito being a key feature of the Megxit deal.

In the UK, it has been claimed that the couple are to lose their remaining royal patronages. In Harry’s case, this includes his three military honours with the Royal Marines, RAF and Royal Navy.

Mr Gabay, author of Brand Psychology, said: ‘There’s more chance that people will warm to the couple in America whereas in the UK there is a chance it will ostracise the couple, and particularly Meghan, even more.

‘It is odd that a couple that makes such a big fuss about not being hounded by the Press and then go into the lair of the queen bee, the spider at the centre of celebrity web, and say “we give ourselves to you”. It’s a bit much.’

However, another marketeer described the interview as ‘marketing genius’ that would show the public a more endearing side to Prince Harry.

Kimberly Davis, founder of the Sarsaparilla consulting and training company, said: ‘The ninety-minute Oprah Winfrey interview will probably be one of the best PR moves of Harry and Meghan’s career. 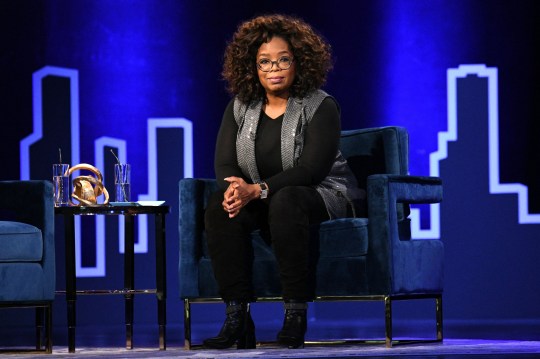 Oprah Winfrey has landed a major interview with Prince Harry and Meghan Markle which will attract a global TV audience (Picture: Bryan Bedder/Getty Images for THR)

‘It will not only help support their brand and raise their profile in the US and the world, but it will also give the couple the opportunity to connect with the public in a more intimate and relatable manner.

‘Oprah has made a career on making celebrities look more human.

‘She’s not interested in gossip, but in truth and authenticity.

‘She is a trusted and reliable source for Harry and Meghan, which is critical, especially after all the ups and downs they’ve had with the media.

‘Harry, like his mother, Princess Diana, is a polished speaker who really shines when given the opportunity to connect with the public. It’s his vulnerability and accessibility that has helped build love, support, and loyalty for the royal couple over the years. 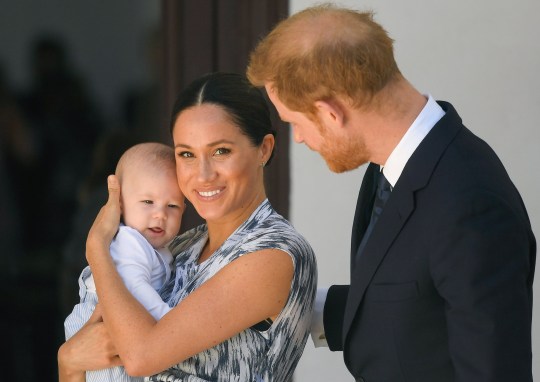 The Duke and Duchess of Sussex in South Africa with their first child, Archie Mountbatten-Windsor (Picture: Pool/Samir Hussein/WireImage)

‘Although there seems to be outrage from the Palace, I expect Harry will continue to charm the public, as his mother did before, and will only help to raise public opinion of the monarchy. I don’t believe they have anything to fear from this interview.’

Describing the interview as ‘intimate and wide-ranging’, the production company has said it will discuss topics like parenting, life in the public eye and the couple’s plans for the future. Meghan will speak to Oprah without Harry initially, before being joined by her husband.

Kimberly added: ‘This interview is the perfect outlet for them to express their feelings and communicate their messages accurately, authentically, and without fear of manipulation. It’s all a bit of marketing genius really.

‘I expect both Meghan and Harry to come out of this interview stronger and even more loved than they were before.’

It’s not clear if the chat has already been filmed and which channel it will air on in the UK, but CBS has said the interview will be available globally.

The show was announced after the couple revealed on Instagram that they are expecting their second child.

New ‘Finnish’ mutant Covid strain discovered that might not show up in tests fuelling its spread, experts warn

What is the R rate and how can I track it in my area? – The Sun