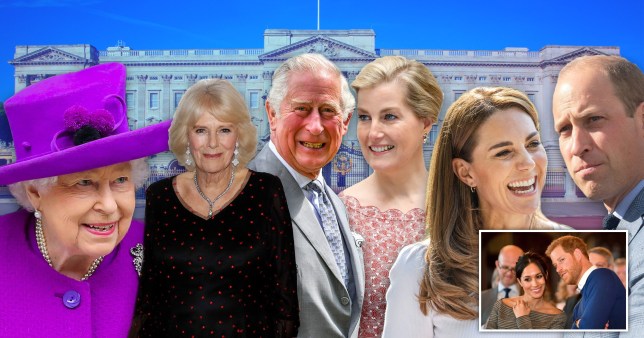 The Queen will take part in a special TV show celebrating the Commonwealth hours before Prince Harry and Meghan Markle’s Oprah interview is aired in the USA.

Other senior royals will join the Queen in the special annual message ‘A Celebration For Commonwealth Day’, which will take on an extra significance following the cancellation of the Commonwealth Day service at Westminster Abbey. The event has been scrapped for the first time in nearly half a century because of coronavirus.

Harry and Meghan’s intimate interview with Oprah Winfrey is being screened in a 90-minute special on CBS at 8pm in the US on Sunday, March 7, which will be in the early hours of Monday UK time.

Just hours before, the Queen’s message will be broadcast on BBC One at 7pm on the Sunday night.

Charles, The Prince of Wales, Camilla, the Duchess of Cornwall, William and Kate, the Duke and Duchess of Cambridge and Sophie, the Countess of Wessex will also take part in the show.

‘Megxit’ was finalised in a 12-month review last week when Buckingham Palace confirmed the Duke and Duchess of Sussex would never return as working royals, and that the Queen had stripped them of their royal patronages and Harry of his honorary military roles.

In a statement thought to have been taken as an insult by the couple, the Palace said: ‘In stepping away from the work of The Royal Family it is not possible to continue with the responsibilities and duties that come with a life of public service.’ 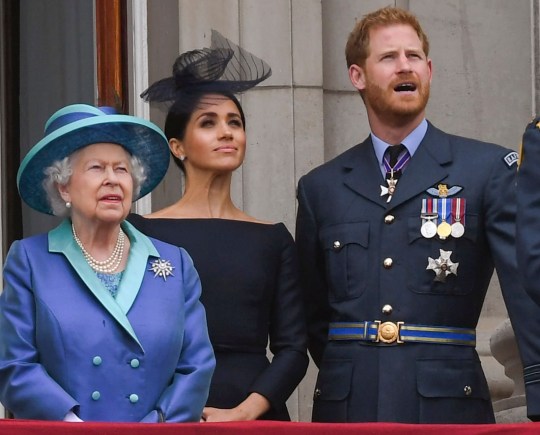 The Queen stripped Meghan and Harry of their royal roles before pointed comments about ‘public service’ were exchanged (Picture: REX)

Harry and Meghan replied: ‘We can all live a life of service. Service is universal,’ prompting accusations they were being disrespectful to the Queen.

The Queen is the symbolic head of the Commonwealth and regards the role very highly.

Last year’s Commonwealth service, just weeks before England went into its first national lockdown, was Harry and Meghan’s final appearance before they quit royal duties and left to start an independent life in the US.

The remaining Royals will share their perspectives of the importance of our Commonwealth links, the Abbey said.

The service, which was due to be held on Monday, March 8, is a key part of the royal calendar and has been held every year since 1972.

Some 2,000 people usually gather at the church in central London in celebration of the voluntary association of 54 nations.

The Dean of Westminster, the Very Reverend Dr David Hoyle, said: ‘The Commonwealth Service is one of the Abbey’s most important annual services, but as it is not possible to gather here, we have seized the chance to take the celebration well beyond these walls.

‘We are so pleased that this rich and vibrant BBC programme with the royal family and the Abbey at its heart will celebrate our global connections at a time when we are all so physically isolated.’

“I started to mould myself around certain men”