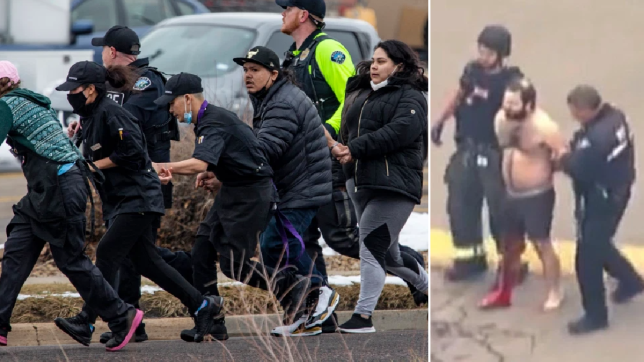 Authorities handcuffed and escorted a man away from the King Scoopers grocery store after the shooting. (Pictures: AP)

A gunman who killed 10 people at a Colorado supermarket on Monday afternoon has been named by police as 21 year-old Ahmad Al Issa.

Al Issa, 21, was named by Boulder Police Chief Maris Herold during a press conference on Tuesday morning, with Herold announcing he had been charged with 10 counts of first-degree murder.

The suspect, from nearby Arvada, was shot in the leg and wounded after police arrived at the King Sooper store, and was taken to hospital, where his condition was stabilized.

Al Issa is said to have opened fire at the crowded King Scoopers grocery store in southern Boulder as shoppers and workers ran for cover. His victims ranged in age from 20 to 65, and included Boulder Police Office Eric Talley, 51, a married father of seven who was first on the scene. 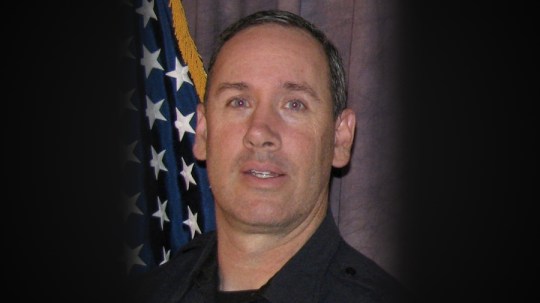 Herold said there is currently no motive for the shooting. She refused to confirm that video of a man being taken away by police with a bloodied leg was Al Issa, with the suspected murderer due to be booked into jail later on Tuesday.

Al Issa is said to have lived in the US for most of his life, with investigators saying they believe he operated alone, and that there is no further danger to the public in connection to the supermarket massacreu.

An emotional Herold on Tuesday also named the 10 victims, whose ages ranged from 20 to 65.

The visibly-distressed police chief said: ‘Our hearts go out to all the victims killed during this senseless act of violence….I feel numb, and its heartbreaking.

‘It’s heartbreaking to talk to victims, their families. It’s tragic. This officer had seven children ages 5 to 18. It is personal, this is my community, I live here.’ 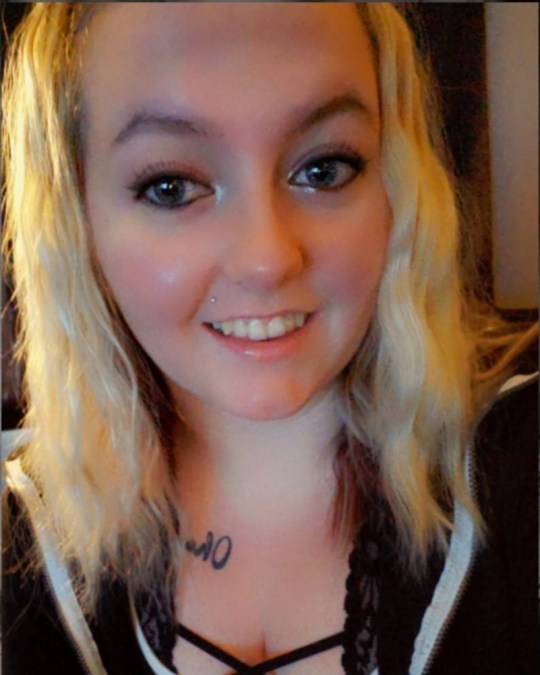 Rikki Olds, 25, of Lafayette, was identified as one of the shooting victims by her family. (Picture: Facebook)

Among the victims was Eric Talley, 51, who was the first police officer to respond.

Rikki Olds, 25, of Lafayette, was identified as another victim by her family.

Europe Covid crisis will last until NEXT YEAR in massive blow for holidays, expert warns