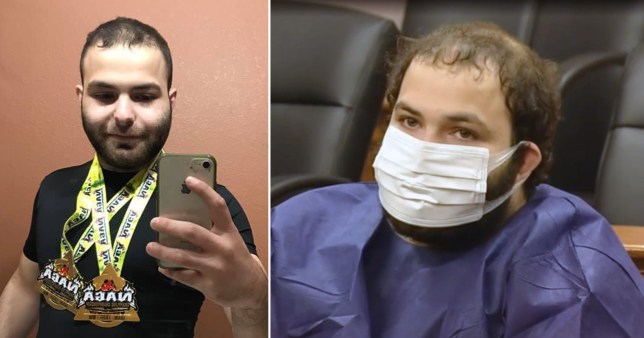 Suspected gunman Ahmad Al Aliwi Alissa, 21, appeared for the first time since the massacre in court on Thursday (Pictures: Facebook/KDVR)

Alissa, who was shot and arrested by police on Monday, wore a blue jumpsuit and mask and did not say anything during the six-minute proceeding besides answering a judge’s question.

Judge Thomas Mulvahill informed Alissa of his charges and rights including retaining an attorney and not making any statements.

‘Sir, do you understand those rights as I’ve explained them to you this morning? I need you to answer out loud, please,’ Mulvahill said. 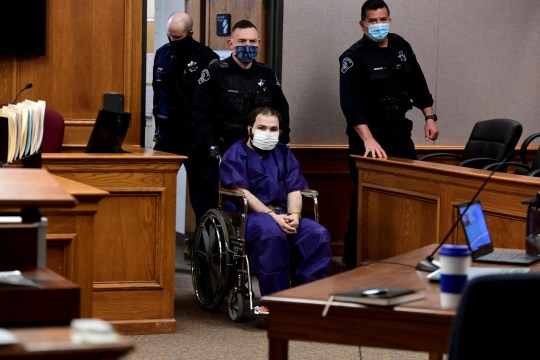 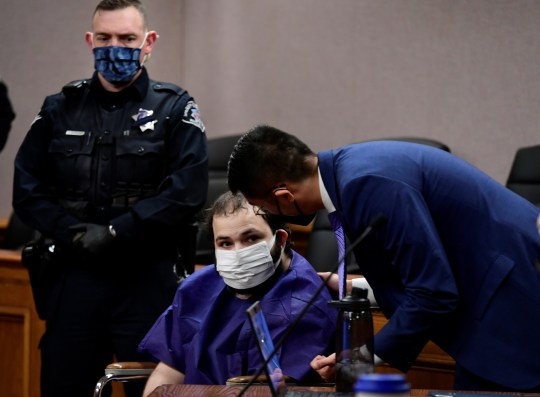 Alissa’s attorney Kathryn Herold asked the judge to give the defense team two to three months to evaluate his mental health.

‘We cannot do anything until we can fully assess Mr Alissa’s mental illness,’ Herold said. ‘It’s my understanding that the government is continuing to investigate this case. The discovery is going to be voluminous.’ 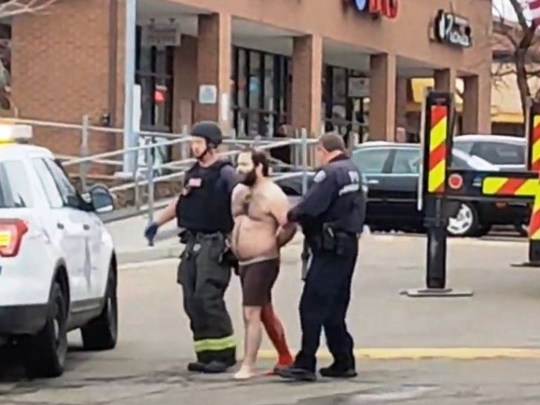 Meanwhile, prosecutors requested less time, while acknowledging that investigators were still processing the incident and that they had not received evidence from police.

Judge Mulvahill granted the defense team’s request and called for a recess.

Alissa waived his right to a preliminary hearing within 35 days in order to accommodate his mental health assessment.

Prosecutors stated they will file ‘additional charges’ against Alissa within the next two weeks.

After being detained on Monday, Alissa was transported to a hospital for a ‘through and through’ gunshot wound in his upper right thigh. He was taken to Boulder County Jail on Tuesday.

Alissa is being held in jail until his next court appearance and pending trial or plea agreement. He remains without bail. His next court date has not yet been announced.

Can’t stand the sound of your husband eating? It’s a medical condition known as misophonia