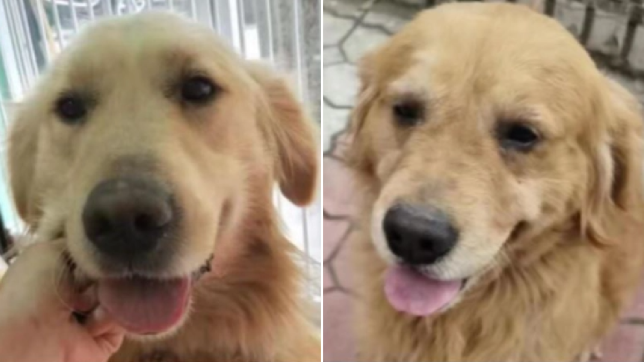 Richard, left, and Finna, right, were among four golden retrievers flown to the US this week after being rescued from being turned into meat in China (Pictures: Adopt a Golden Nashville)

A group of four golden retrievers destined to be slaughtered for their meet in China have been flown to the US to be rehomed. The dogs, named Diana, Finna, Richie and Bobo were among 40 rescues flown from China to New York’s JFK Airport earlier this week.

Diana, Finna, Richie and Bobo then took another flight to Atlanta in Georgia, before being driven to Nashville in Tennessee, where they will be rehomed with the help of a local rescue called Adopt a Golden Nashville.

Volunteer Meredith Hyjek said she was ‘eternally grateful’ to all involved in helping bring the dogs to safety in the US.

They were saved by an animal rights group called China Rescue Dogs, whose president Jill Stewart said: ‘What was once the end of their lives, is now a new beginning for these beautiful babies. 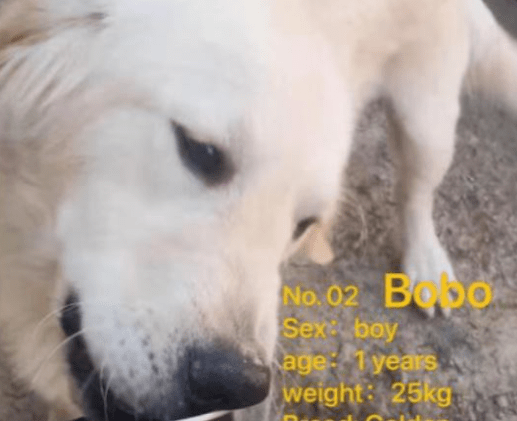 A fourth golden retriever called Bobo was also rescued, and is now set to be rehomed in Nashville, Tennessee (Picture: Adopt a Golden Nashville)

‘They all have been quarantined, microchipped, and received all the necessary vaccinations. Now, it is time for them to live the rest of their lives being safe and happy with their forever families.’

Stewart and her team had hoped to bring scores of dogs destined to be turned into meat to the US this month, but live animal flights were temporarily banned from leaving China earlier this week.

No reason has been given for the halt, with Stewart saying those dogs due to be flown to the US are currently being held in safe shelters awaiting the next flight out.

China slaughters an estimated 10 million dogs and four million cats for meat each year. Many of the animals are kept in cramped cages before their deaths, and often suffer the agony of being thrown into boiling water to help skin them.

Pressure from western charity groups has led to a decline in the dog meat trade, although activists say dog and cat meat remains hugely popular.