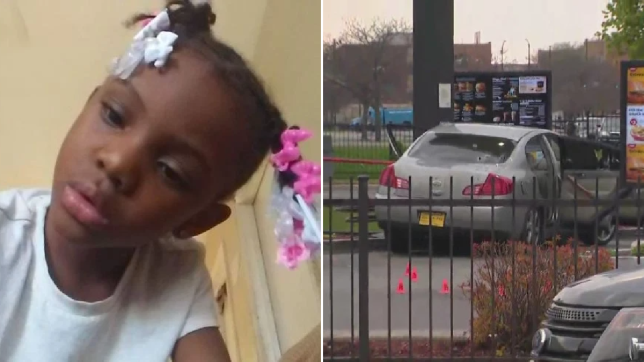 A seven-year-old girl has been shot dead while sitting at a McDonald’s drive-thru. Jaslyn Adams tragically died after being shot six times outside the fast food restaurant in Chicago, Illinois.

The girl’s father, Janate Adams, suffered non-fatal gunshot wounds and is in hospital in stable condition, according to police.

The father and daughter were shot at on Sunday in the city’s Homan Square neighborhood, in what police believe to be a targeted gang-related shooting.

Jaslyn was confirmed as the victim by her family, who have paid tribute to Jaslyn as a schoolgirl who loved dancing and making TikTok videos, reports WGN.

Speaking to the station, Jaslyn’s grandmother said her son, Janate, called her after the shooting to say ‘They shot my baby’. he said.

‘My 8-year-old baby says she doesn’t even want to go out and play because she scared she’s gonna get shot. It’s got to stop.’

According to Chicago Police, the incident happened around 4:20pm yesterday and upon arrival at the scene, officers put the wounded girl in a squad car and administered CPR while she was transported to a nearby hospital.

Jaslyn was announced dead as doctors tried to save her life while medics managed to stabilize her father, Janate. 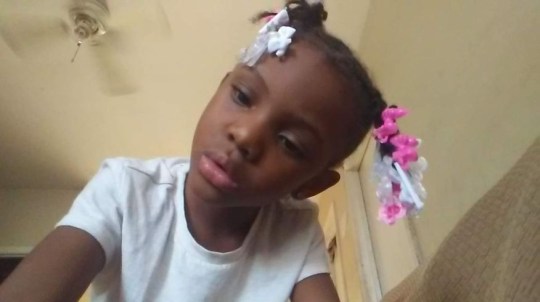 Jaslyn Adams was in the car with her father, Janate, when they were both shot (Picture: WGN) 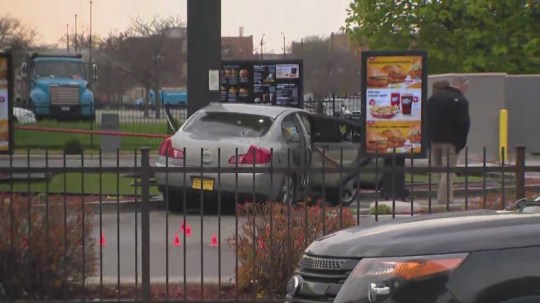 Chicago police say the shooting is believed to be gang-related and state that the vehicle that was shot at had tinted windows. Detectives think it’s possible the shooter didn’t know a child was in the car.

Jaslyn was shot six times, according to community activist Andrew Holmes. He held a press conference shortly after the shooting, urging anyone with information to contact the authorities.

He said: ‘If you have any kids, have you ever taken your kids to McDonald’s to eat? You pumped six bullets into that baby.

‘It don’t make you a man, or a gangster, something is wrong with you.’