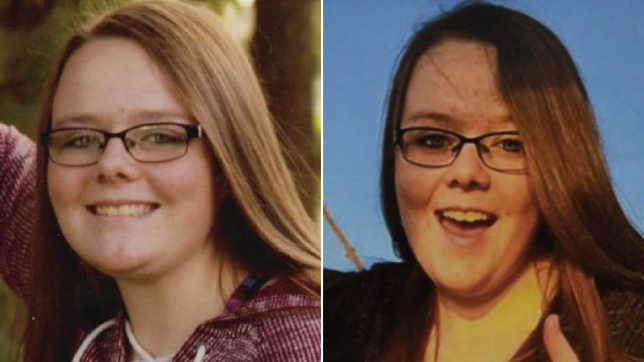 Riley Garrigus, 16, shot herself dead after school bullies tormented her about her forehead, appetite, and for being gay (Pictures: Legacy.com)

A 16 year-old girl killed herself after school bullies taunted her about her forehead, how much she ate, and for being gay. Riley Garrigus shot herself dead with one of her dad Ralph’s guns in April 2017, with Ralph and his wife Angie – Riley’s mom – now sharing how bullies ground their daughter down.

Ralph, from Sedalia in Missouri, said: ‘They beat her down so far that she didn’t have any fight left in her. And that doesn’t happen in days or weeks. That happens in months or years.

‘She was one of the strongest people you’d ever meet. So it was hard to understand that she could be put down that far to do what she did.’

On the day of Riley’s death, she went to see the counsellor at Smith-Cotton High School, and spent 45 minutes crying inconsolably. Her counsellor made her promise to go home and tell her parents what had happened, but Ralph and Angie are still unsure of what exactly pushed Riley past her breaking point. 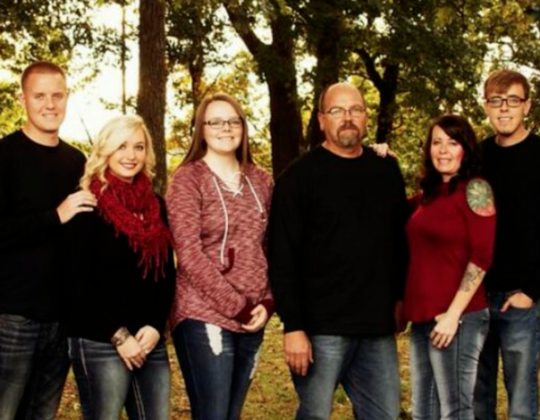 Riley pictured with her parents Ralph and Angie, brother Robbie (furthest left), his wife Lasey, and her other brother Ryan (furthest right)

She came home happy that evening, and enjoyed reminiscing with Angie about her childhood. In the early hours of the next morning, she took her dad’s gun off her family’s living room mantelpiece and shot herself dead.

Angie said: ‘Me and her, we were best friends. We talked all the time, about everything. So for me and her to have conversations wasn’t a sign because that’s what we always did.’

Riley had previously confided in her mother about the bullying, with Angie and Ralph upset that the school did not call them to explain how upset Riley had been. They now wonder if such a call would have made them keep a closer eye on Riley, and potentially have saved her life.

Angie said: ‘If we would have known we probably would have been able to talk to her and we could have noticed that something was wrong. 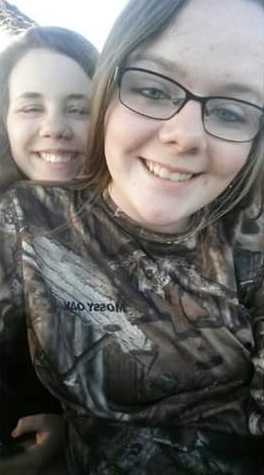 Riley was close to her parents, and had a girlfriend. She was upset at school on the day of her death, but came home happy and chatty just hours before her tragic death

‘But we didn’t get that call. And then of course, we woke up the next morning to total devastation.’

Asked about whether he regretted leaving his gun out on the night of his daughter’s death, Ralph told the Kansas City Star: ‘I don’t blame myself for having guns, because that’s the way I was brought up and it’s for protection, that’s what I had those for.

‘But I do blame myself for not putting it up that night.’

Ralph says he has fewer guns than he used to, but still keeps one in his home as well as his car for protection, and does not back calls for stricter gun control laws. 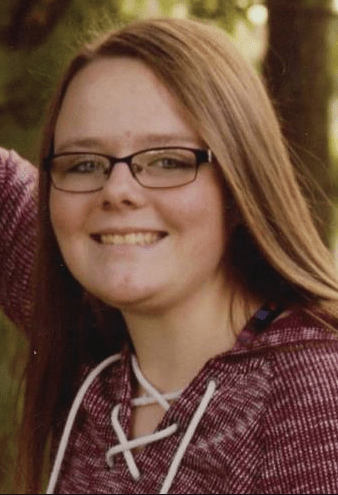 Riley was second student there at her school to shoot themselves dead in a 16 month period. Seven other youngsters in her home county killed themselves in a two year period around the time of Riley’s death.

The youngster had a girlfriend, and her parents were supportive of her sexuality. She loved fishing, swimming and hunting with her dad and two only brothers, and dreamed of being a veterinarian when she grew up.

Ralph said: ‘You talk to your kids about drugs, about pregnancy, about alcohol, but no one ever has to talk about suicide. It’s just nothing that enters your mind about your kids that you would have that talk.’

He and Angie attempted to sue the school to try and change its policies, but their lawsuit collapsed when witnesses to the bullying refused to testify.

School Superintendent Steve Triplett refused to comment on Riley’s death, but said: ‘We care a lot about the safety of our students.’

The couple have since moved out of Sedalia to flee the painful memories the town holds, and have moved to a lake house about 30 minutes away.

He said: ‘Everyone in a school, from the janitor on up, should be trained on how to recognize the signs of depression and suicide.

‘Because if they don’t have the knowledge of what to look for, then they’re not going to see it. The same is true for parents.’

For 24/7 confidential emotional support, contact the National Suicide Prevention Lifeline on 1-800-273-8255 in the US

For the UK contact Samaritans on 116123 or visit a local Samaritans branch, see www.samaritans.org for details

A ‘Game of Thrones’ Fabergé egg is being sold for £1.6million