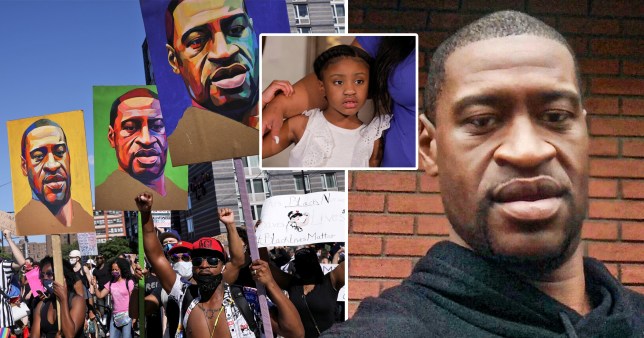 The family of George Floyd, including his daughter Gianna, inset, have been awarded $27million over his wrongful death at the hands of Minneapolis Police (Pictures: Reuters/AP)

The family of George Floyd have been awarded $27million following his death at the hands of Minneapolis Police. A wrongful death lawsuit filed against Minneapolis City Council by Floyd’s family was settled for the eight figure sum on Friday after unanimous agreement by the city’s councillors.

Announcing the payout, a spokesman for Floyd’s family said $500,000 would be set aside to help improve the late security guard’s old community. The lawsuit was filed last July, and accused Minneapolis Police Department of using ‘unjustified, excessive and illegal’ force while arresting Floyd shortly before his death.

Floyd, 46, died in the Minnesota city last May after policeman Derek Chauvin knelt on his neck for eight minutes 46 seconds. Jury selection for Chauvin’s murder trial is currently underway, with prosecutors set to open the case next week. He denies second and third-degree murder. 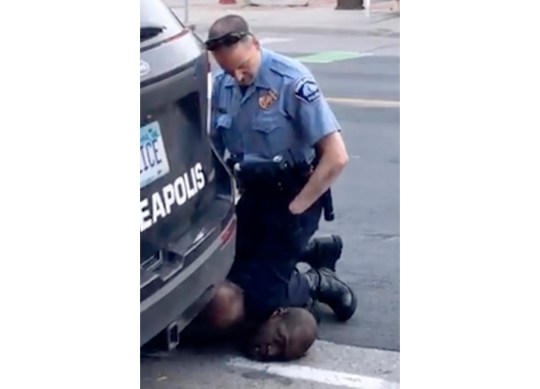 Floyd died while being arrested on suspicion of trying to pass a fake $20 bill at a local convenience store. All four officers involved were subsequently fired from their jobs.

Their defense lawyers claim George died because of a pre-existing heart condition, drugs in his system, and an undiagnosed Covid infection.

Prosecutors maintain that he died with those conditions – but because of the actions of Chauvin during his arrest.

Three other cops – Alexander Kueng, Thomas Lane and Tou Thao – have been charged with aiding and abetting the killing, and will be tried at a later date. They deny those allegations.