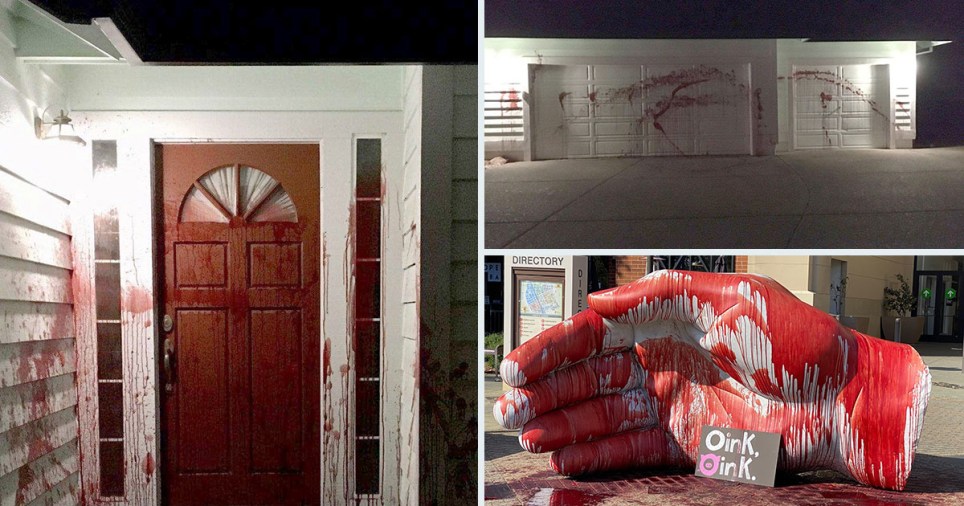 The blood was smeared on the former home of Barry Brodd, a use of force expert, on Saturday morning (Picture: Santa Rosa Police Department)

Pig’s blood has been smeared and a severed pig’s head left at the former home of an expert witness who said George Floyd’s death was ‘accidental’.

The blood-drenched scene was painted in the early hours of Saturday morning as vandals sought to target Barry Brodd – who last week testified in defense of Derek Chauvin, the former Minneapolis police officer on trial accused of killing George Floyd.

Mr Brodd, a use-of-force expert, took to the stand during Chauvin’s trial last week where he said the defendant was justified in kneeling on Floyd’s neck for over nine minutes, did not use deadly force and ‘was acting with objective reasonableness’.

Then, at around 3am on Saturday morning, a group of vandals dressed in black were seen tossing a pig’s head onto the porch and dashing paint all over the house where Brodd used to live, in Santa Rosa, California. 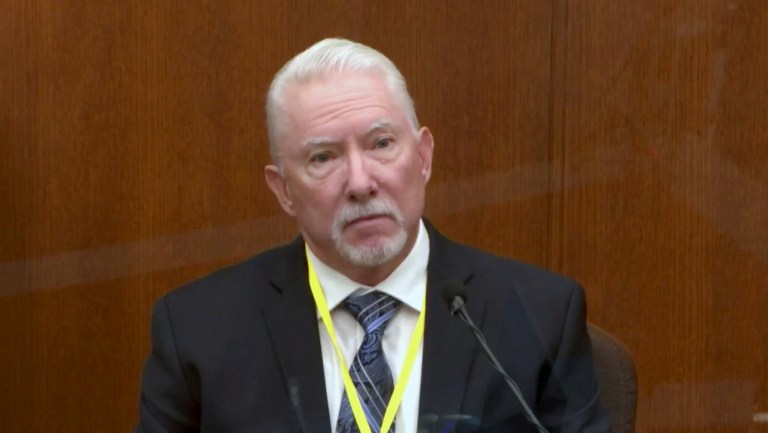 Barry Brodd, a use of force expert, testified in the trial of former Minneapolis police officer Derek Chauvin (Picture: AP) 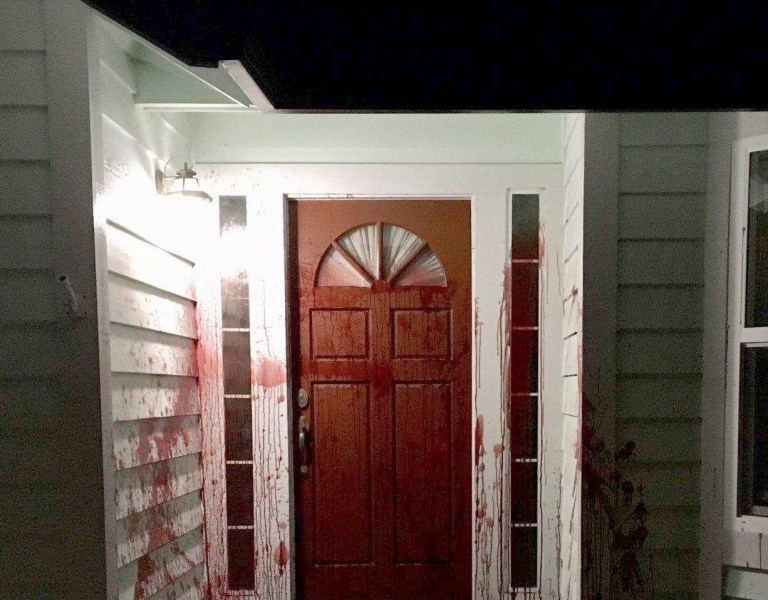 According to police, however, the former Santa Rosa cop has not lived there for a ‘number of years’, and the current resident was left to dial 911 soon after the home was targeted.

Later on the same morning animal blood was also splattered on a statue of a hand in a nearby shopping mall, leaving a sign with a picture of a pig and the words ‘Oink Oink’.

In a statement about the targeted vandalism, Santa Rosa police said: ‘Mr Brodd has not lived at the residence for a number of years and is no longer a resident of California.

‘Because Mr. Brodd no longer lives in the city of Santa Rosa, it appears the victim was falsely targeted.’ 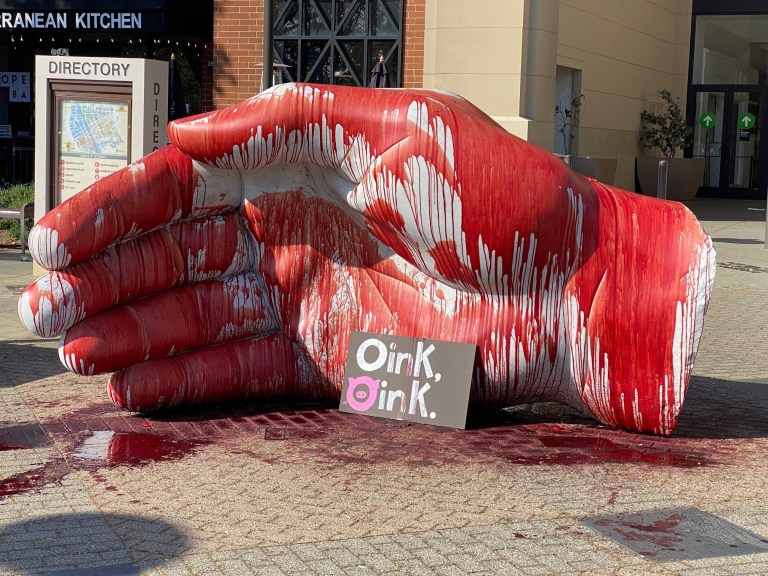 Blood was also smeared on a statue of a hand near a shopping mall in Santa Rosa (Picture: Santa Rosa Police Department)

Brodd had a long career in law enforcement, including with the Santa Rosa Police department, but now serves as an expert witness on police procedures and tactics.

He spoke at Derek Chauvin’s trial on Tuesday, in defense of the former cop who is charged with second-degree unintentional murder, third-degree murder and second-degree manslaughter in George Floyd’s death.

Floyd, 46, died in Minneapolis last May after Chauvin kneeled on his neck for more than nine minutes while Floyd was handcuffed. The case is expected to go to the jury this week after two weeks of testimony from more than 45 witnesses.

In his testimony, Brodd argued police were justified in keeping Floyd pinned because he kept struggling instead of ‘resting comfortably.’

‘Or laying comfortably,’ answered Brodd, whose testimony contradicted that of authorities from inside and outside the Minneapolis Police Department who said Chauvin violated his training. 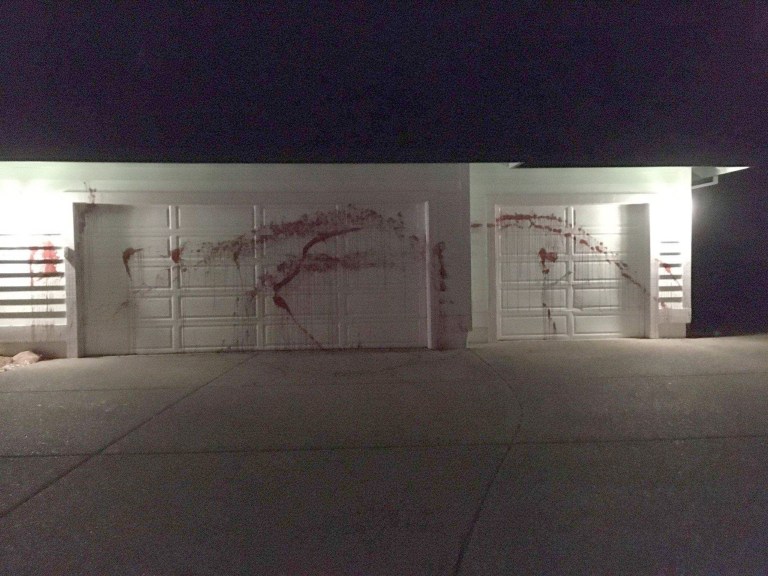 Barry Brodd has not lived at this address for a number of years, according to police (Picture: Santa Rosa Police Department) 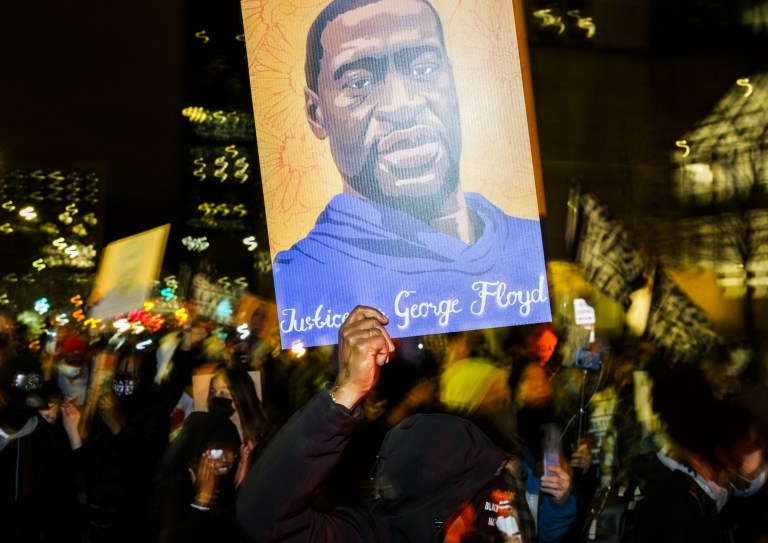 Navarro said: ‘Mr Brodd has not been employed by the department since 2004.

‘His comments do not reflect the values and beliefs of the Santa Rosa Police Department.’

The damage to Brodd’s former home exceeded $400, making the crime a felony, according to police.