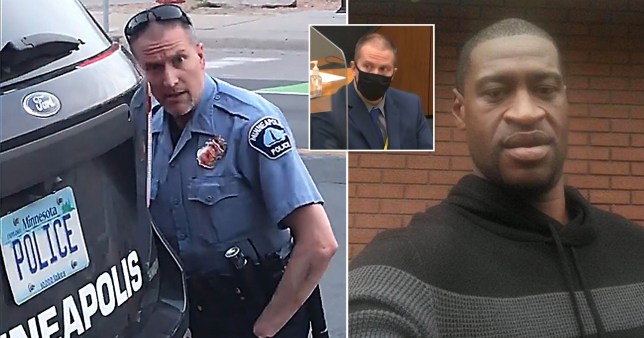 Derek Chauvin, pictured center in court on Monday, has been hit with an additional murder charge over the May 2020 killing of George Floyd, right

The police officer charged with killing George Floyd has been hit with an extra murder charge over the black man’s death. A judge at Hennepin County Government Center in Minneapolis ruled Thursday that Derek Chauvin should also be tried with third-degree murder, as well as an existing second-degree murder charge.

The decision was made by Judge Peter Cahill, who will preside over Chauvin’s murder trial in the coming weeks. Cahill had earlier dropped the third degree murder charge at the request of Floyd’s defense team, but reinstated it after prosecutors appealed to Minnesota’s Court of Appeals.

Justices there agreed that removing the charge had been a mistake, with Cahill reversing his earlier decision on Thursday morning.

It gives prosecutors a greater chance of securing a murder conviction against Chauvin, who is being tried separately from the other three former police officers on duty with him when Floyd died. Chauvin denies murder, as well as a charge of second-degree manslaughter. 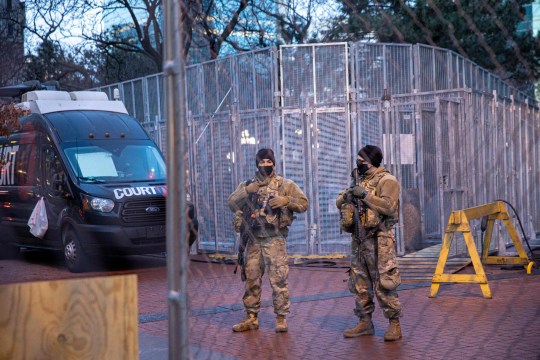 A huge security operation is in place at the Hennepin County Government Center, where Derek Chauvin’s trial will begin in the coming days (Picture: Getty)

Jury selection is currently underway for the trial, which is set to begin in the coming days, and is estimated to last three or four weeks. Floyd died in May 2020 after Chauvin knelt on his neck for eight minutes, 46 seconds while arresting him.

Minneapolis Police were called out after Floyd, a 46 year-old father of two, allegedly tried to use a fake $20 bill at a convenience store. Video of Chauvin kneeling on Floyd’s death, while the security guard shouted ‘I can’t breathe’ sparked worldwide outrage, and ongoing Black Lives Matter protests.

Lawyers for Chauvin are set to claim that Floyd died because of drugs in his system, as well as an existing heart condition. An autopsy also showed that Floyd was infected with Covid-19 at the time of his death.

Prosecutors have countered by insisting that Floyd died with those conditions, and because of Chauvin’s behavior, rather than because of them.

The three other cops involved in Floyd’s death – J Alexander Kueung, Thomas Lane and Tou Thao, have all been charged with aiding and abetting second-degree murder.

They deny those charges, and will be tried at a later date.