Gabby Petito’s devastated father told crowds to learn from his ‘inspiring’ daughter and leave bad relationships behind as hundreds gathered for the blogger’s funeral today.

Long queues formed outside a funeral home in Long Island as members of the public were invited to pay their respects to the ‘beautiful’ YouTuber this afternoon.

It comes as a hunt is ongoing to find Gabby’s missing fiancé Brian Laundrie who has been named a person of interest in the case.

Her death has been ruled a homicide – meaning she was killed by another person – but it is not yet known how she died.

Dad Joe Petito told mourners his daughter was ‘the most amazing person he’d ever met’ at the Moloney’s Funeral Home in Holbrook.

He said: ‘The entire planet knows this woman’s name. And she’s inspired a lot of women and a lot of men to do what’s best for them first. Put yourself first. And do it now while you have time.’

Sharing an emotional embrace with Gabby’s stepfather James Schmidt, he added: ‘I couldn’t be more proud. If there’s a relationship that might not be the best for you, leave it now.’

Mr Petito added that he didn’t want people to be sad as ‘Gabby didn’t live that way’. 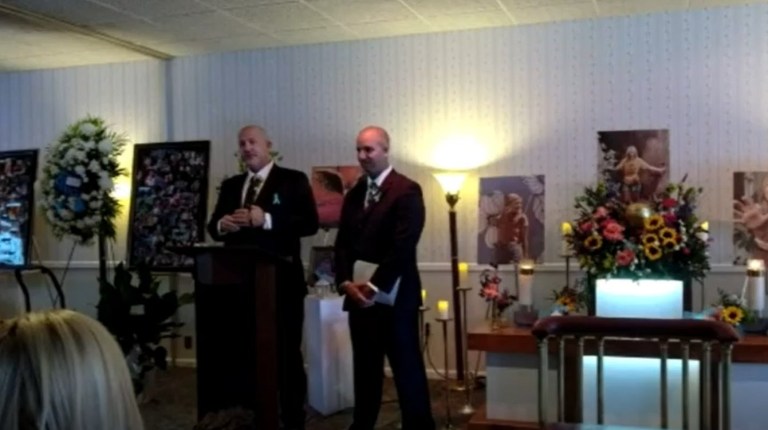 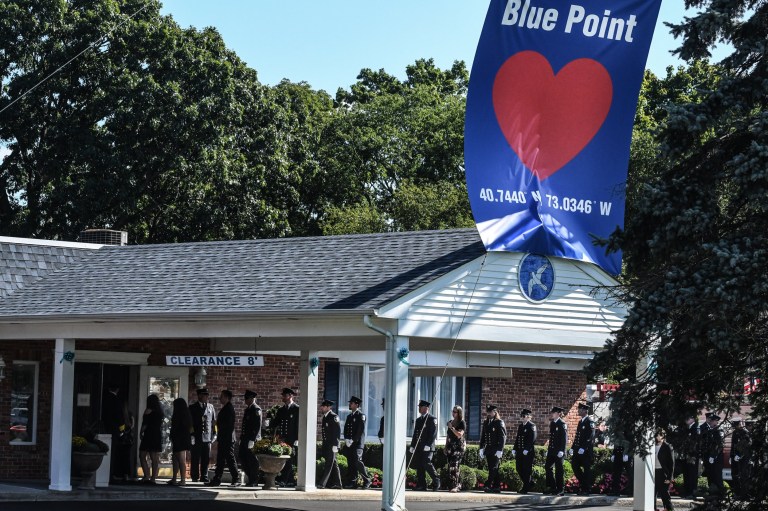 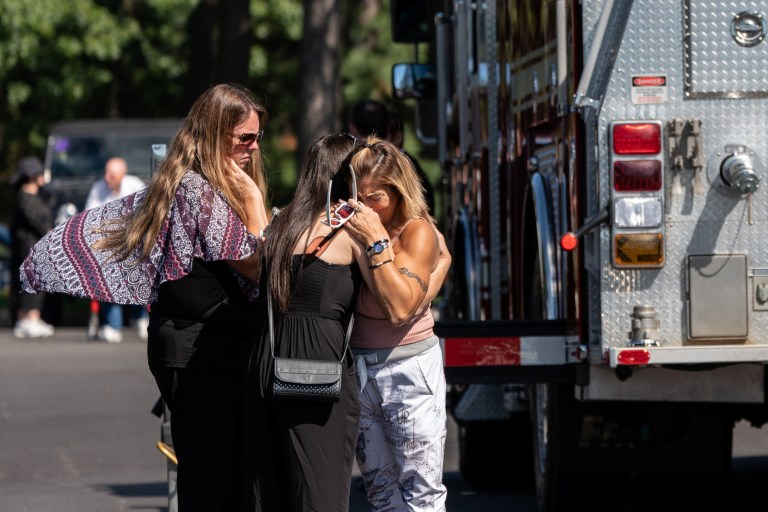 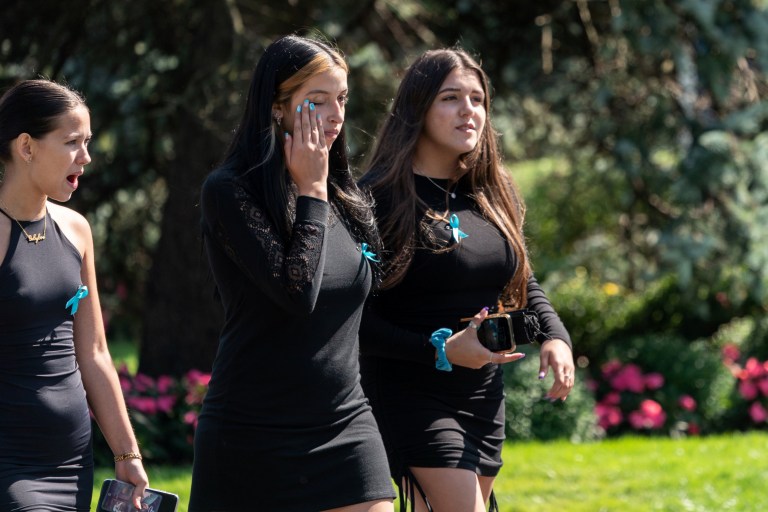 Gabby’s death has been ruled a homicide by police (Picture: Reuters) 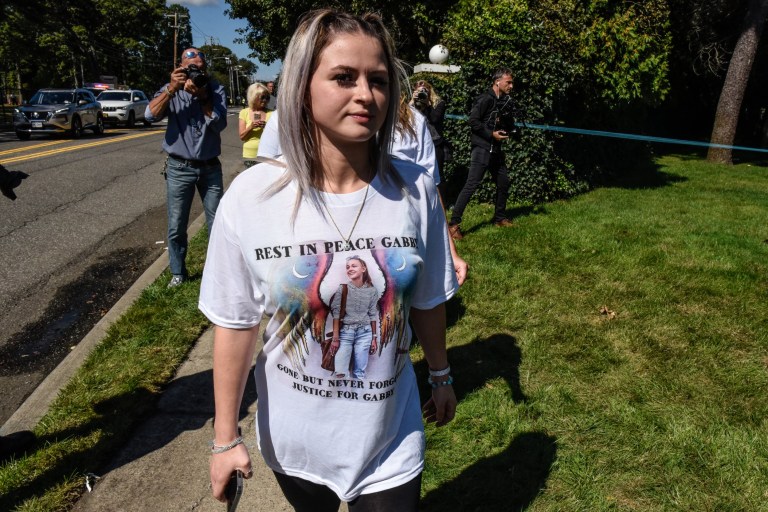 Some travelled hours to attend the service which was open to the public (Picture: Getty Images North America)

He said: ‘As a matter of fact, if you knew Gabby she was always a pretty happy girl. People gravitated toward her. Her nature was always to smile and treat everybody kindly.’

The Petito family was forced to use an empty urn at the service as the FBI delays the release of her body, Fox News reports.

Police have issued a federal arrest warrant for Laundrie, charging him with fraudulently using a debit card after Ms Petito’s death.

Bodycam footage showing the social media star crying after a row with her partner was released earlier this month.

Cops separated the pair for the night and treated the incident as a ‘mental health break’.

More than 100 firefighters attended the funeral service, which was streamed online, in support of their colleague Mr Schmidt.

The step-father told mourners he has had to arrange funerals and give eulogies through work before but ‘not one of them has prepared me for this moment’.

Prayer cards handed out at the service contained a poem named ‘Let it be’ – a phrase Gabby had tattooed on her arm. 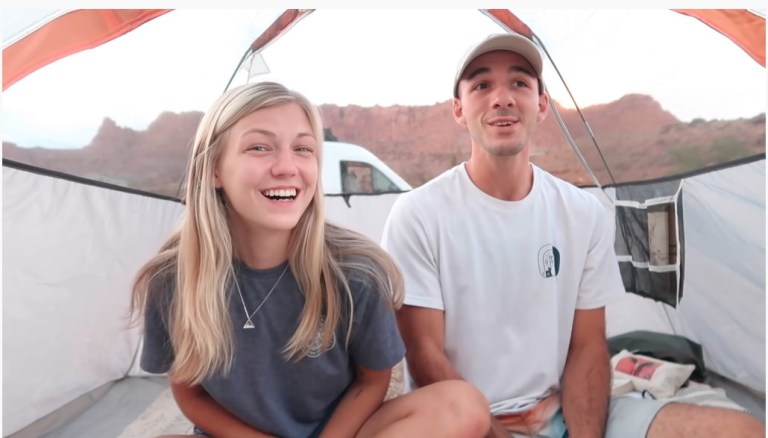 Gabby’s missing fiancé Brian Laundrie is a person of interest in the case (Picture: YouTube) 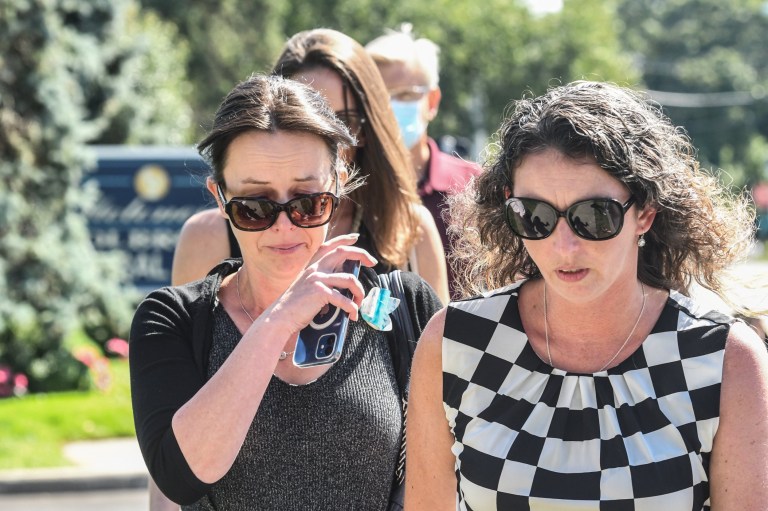 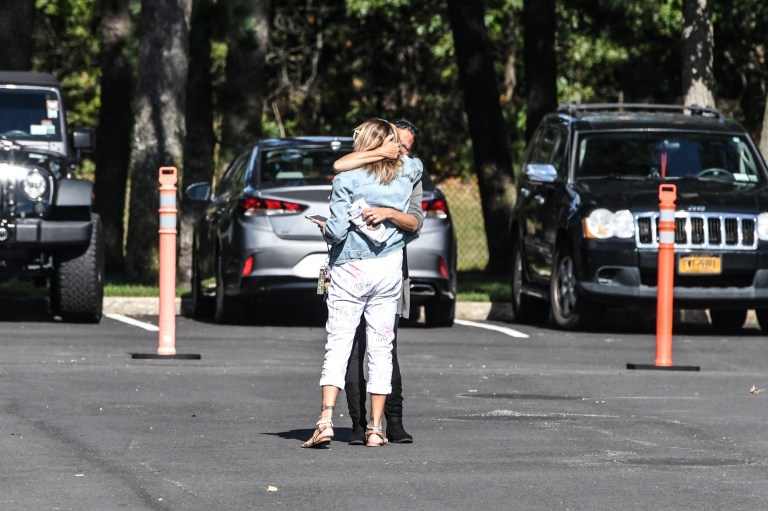 The service was held a week after her body was found (Picture: Getty Images) 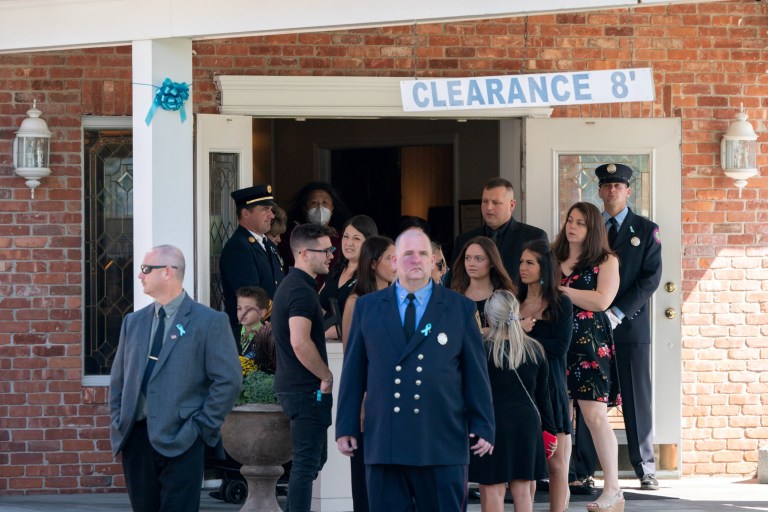 The FBI is yet to return Gabby’s body to the family, reports claim (Picture: Reuters)

Friend Corissa Ambrose said ‘no person deserves this, but her – she didn’t deserve this’.

She said: ‘Since she first went missing, I did not want to believe that anything bad could have happened to her, and I’m still kind of in denial. It’s hard to take in.’

A woman named Alene Natale drove two and a half hours from Trenton to be at the service as Gabby’s family says her story has ‘touched the world’.

She said: ‘As I scroll through all the posts, my heart is full of love. I wish I could reach out and hug each and every one of you!!!

‘Your support has been so overwhelming, and we are so filled with gratitude.’