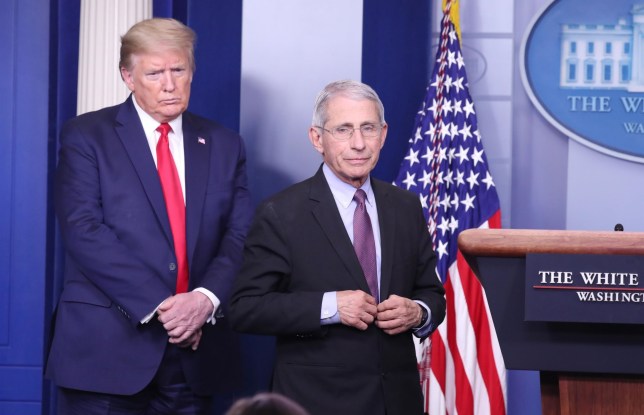 Tensions between Donald Trump and Dr Fauci have erupted into all-out war over who deserves most credit for the development of Covid vaccines (Picture: Backgrid)

Donald Trump has lashed the baseball-throwing skills of America’s top Covid expert in a spat over who deserves most credit for Covid vaccinations. The former President of the United States hit out at Dr Anthony Fauci in a statement issued on Monday, after Fauci said he was behind the US’s vaccine success.

Trump said: ‘In a fake interview last night on CNN, Dr Fauci, who said he was an athlete in college but couldn’t throw a baseball even close to home plate, it was a “roller,” tried to take credit for the vaccine, when in fact he said it would take three to five years, and probably longer, to have it approved.’

The ex-president was referring to Fauci throwing the ceremonial first pitch at a New York Yankees vs Washington Nationals game that opened last summer’s major league baseball season. Fauci, who was 79 at the time, missed the shot.

Trump also lashed a claim made by Fauci that he was responsible for Operation Warp Speed after seeing Covid surge in New York last spring. The government-project ultimately helped develop Covid vaccines in less than a year – but Trump insists Fauci would have been ‘incapable’ of pushing vaccines through so quickly without Trump.

Trump added: ‘Dr. Fauci is also the king of “flip-flops” and moving the goalposts to make himself look as good as possible.’ 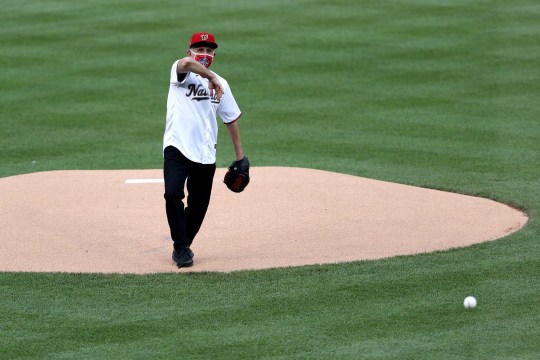 Trump and Fauci were rumored to have enjoyed an uneasy relationship during Trump’s time in office, with those tensions now erupting into a messy war of words.

The ex-president is said to have been jealous about Fauci’s popularity with the American public, and angered when Brad Pitt played Fauci in a comedy sketch.

Trump said of Birx: ‘Dr Birx is a proven liar with very little credibility left. Many of her recommendations were viewed as “pseudo-science,” and Dr Fauci would always talk negatively about her and, in fact, would ask not to be in the same room with her.’ 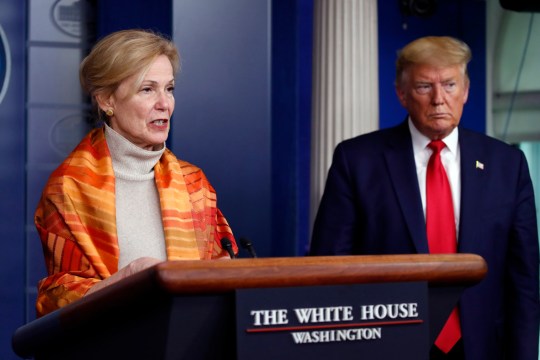 The former president also dredged up a November 2020 scandal involving Birx, which saw her urge Americans not to travel for Thanksgiving – only to do exactly that.

He said: ‘Her motto should be “Do as I say, not as I do.” Who can forget when Dr Birx gave a huge mandate to the people of our Nation to not travel, and then traveled a great distance to see her family for Thanksgiving—only to have them call the police and turn her in? She then, embarrassingly for her, resigned.’

Dr Fauci has been heavily-supported by President Biden, remains the White House’s most senior Covid expert, and now leads the US government’s response to the pandemic.

The US has now recorded 30.3 million Covid infections, and more than 550,000 deaths. Vaccination efforts are well underway, with more than 146 million doses administered across the United States so far.