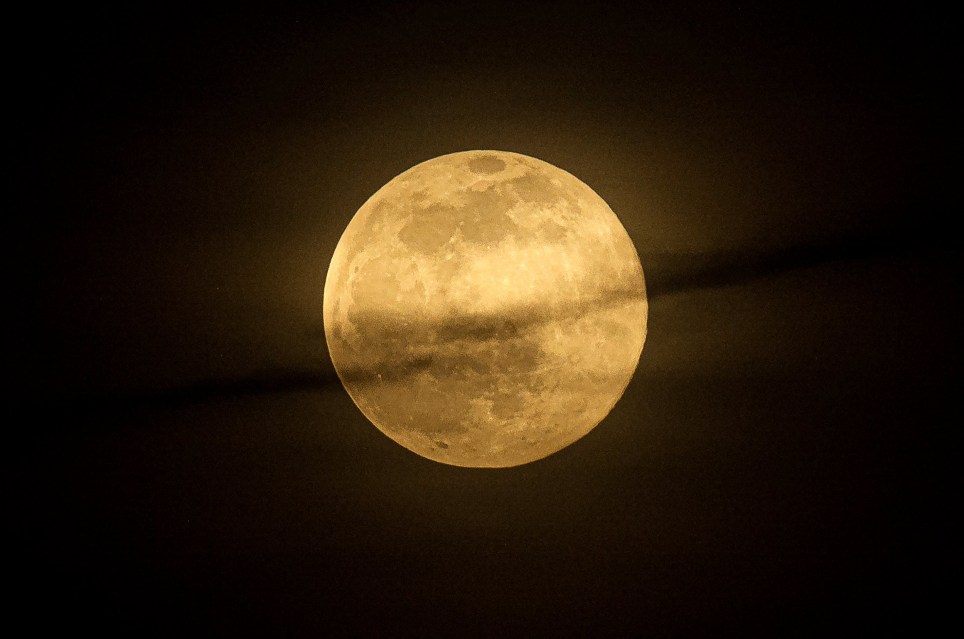 Despite the poor weather over much of the country last night, many people were still able to catch a glimpse of the Full Wolf Moon.

The first full moon of the year peaked last night and was still visible in the early hours of Friday morning.

The Wolf Moon’s name originates from the native Americans noting how wolves had grown hungry through the long winter.

The Full Moon phase marks the exact moment the moon’s Earth-facing side is totally illuminated by the Sun.

However, don’t worry if the weather made it impossible for you to get out and see it last night, the Wolf Moon will still appear brighter than usual for the next couple of nights.

In the meantime, here are some of the stunning pictures of the Wolf Moon from around the world. 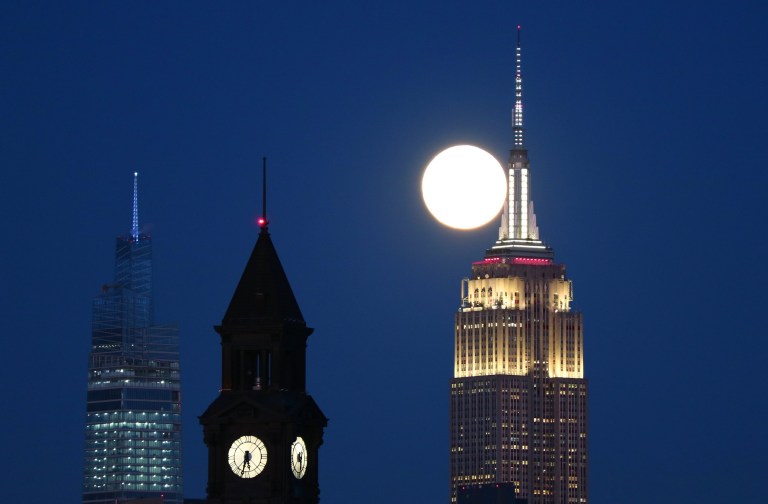 The full Wolf Moon rises behind One Vanderbilt and the Empire State Building in New York City and the Lackawanna Clock Tower in Hoboken, New Jersey (Photo by Gary Hershorn/Getty Images) 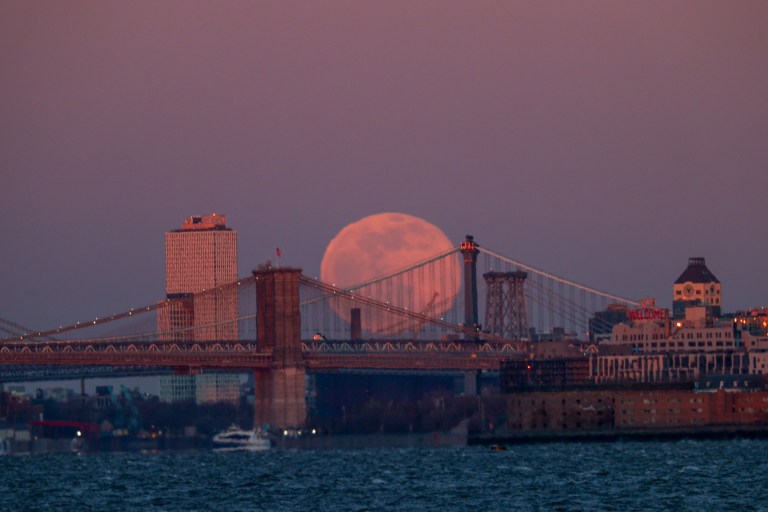 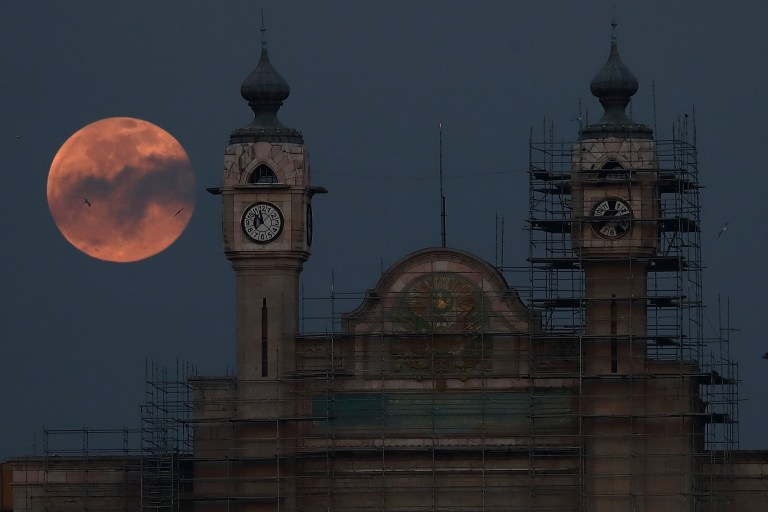 The Wolf Moon, rises behind a former military hospital in Istanbul, Turkey (Reuters) 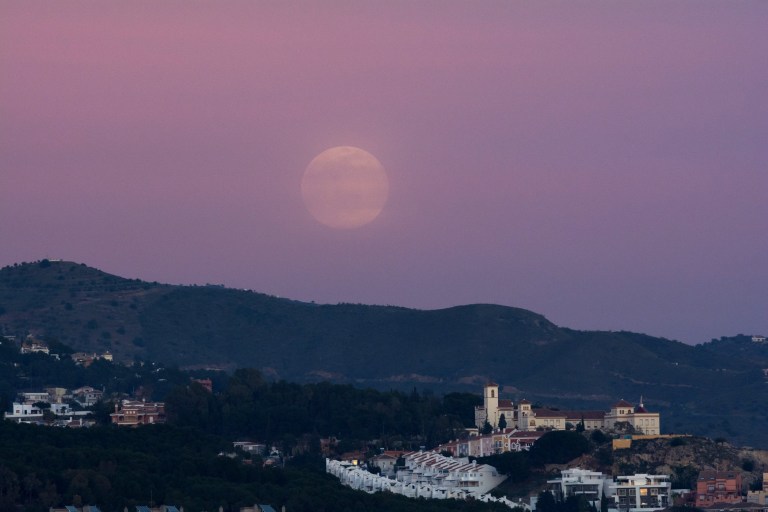 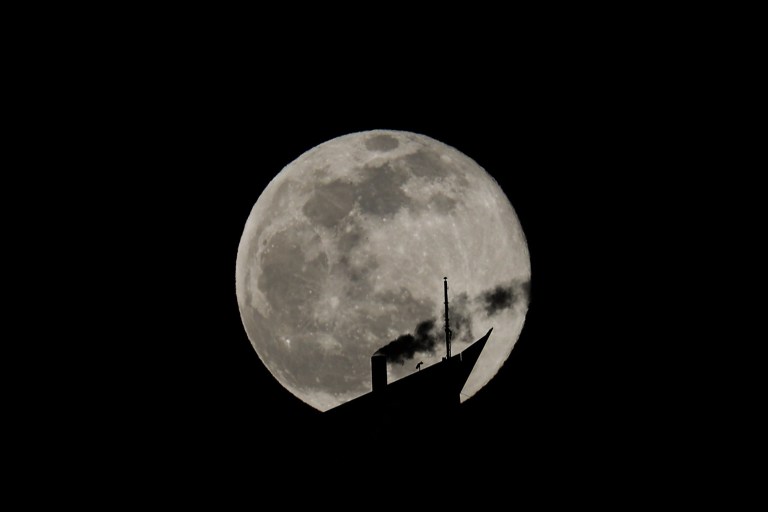 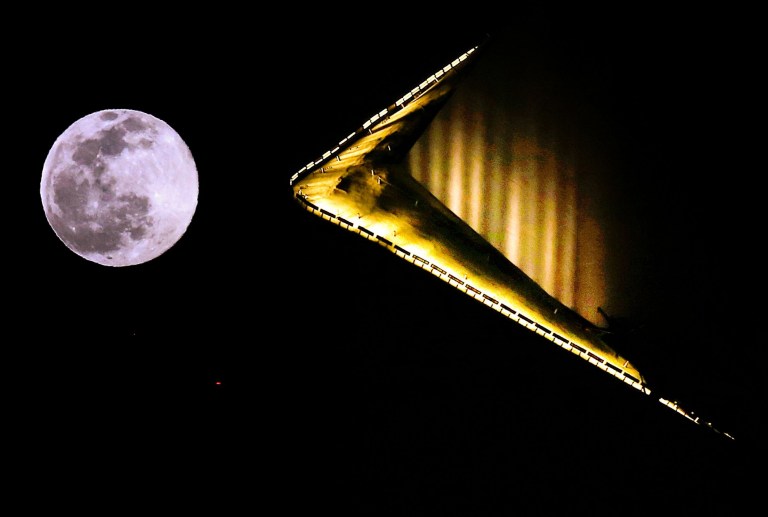 The wolf moon, the first moon of the year rises behind Al-Hamra tower in Kuwait City, on January 28, 2021. (Photo by Yasser Al-Zayyat / AFP)

The other moon names for the rest of the months of the year include Snow Moon in February, Worm Moon in March, and Pink Moon in April.

A full moon happens roughly every 29.5 days meaning the next full moon will be the Snow Moon which will peak on February 27.

Teacher ‘sexually abused student after grooming him with video games’